Daniel and Michael have been set a series of tasks by their Transition Year co-ordinator for this week. One of them is to walk 10,000 steps each day from Monday to Sunday. As I pushed my bike into the shed, at about 7 in the evening I was nearly given heart failure by Michael jumping out and saying “Boo!” He did his 10,000 steps in circles in the back garden in the dark, in the rain. I am not sure that this was what was envisaged.

Herself finally finished Middlemarch after an epic struggle. I read it when I was about her age and absolutely loathed it. I read it because some smart young man in college said to me, “Oh lots of people read Silas Marner and then they never read any other George Eliot because Silas Marner is so dreadful but Middlemarch is wonderful.” Note that we’d all read Silas Marner because it was on the Leaving Cert English course. I wanted to love Middlemarch but I did not. Then when I was about 24 another young man said to me, “You must re-read Middlemarch it’s so wonderful about relationships, you would love it, you were probably too young to appreciate it at 17.” Age of grey beard recommending this course of action: probably 25. But I was flattered and I read it again. Like a fool. I learnt a number of valuable lessons in this process. I won’t be reading it again anyway.

We had some very mild snow. It was cold though. I dressed myself up like Paddington and cycled in to work. This is probably the nearest I will get to skiing this year. Sigh. 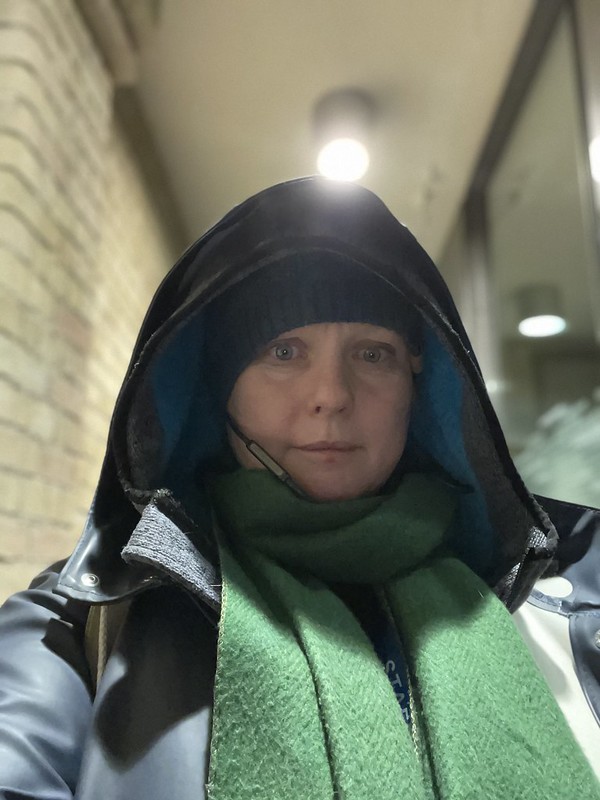 The cousins, who live near the Dublin mountains, went cycling in the snow. There was loads of snow in the mountains and it looked excellent although my nephew was wearing shorts which must surely have been freezing. I mean what is it about teenage boys and their love of shorts?

Daniel tells me that he is the only boy of his age (in the world?) who wears jeans because I buy them. Everyone else is in sports gear all the time. Could this be true? To clarify, Daniel is in lycra almost all the time but he does have a couple of pairs of jeans.

My friend from Belfast tells me that his first cousin was the baddie in “Bohemian Rhapsody”. Because Ireland is like this, I am only mildly surprised.

Michael walked 10,000 steps in the bedroom, like a frantic prisoner pacing in a cell. He appeared to regard it as a more satisfactory alternative than Daniel’s solution of running 12 km outside.

The Wifi at home was intermittently poor all day. Herself rang me at lunchtime at the end of her tether having been kicked out of her online classes four times. Ireland’s broadband providers are useless. We’ve signed her up for unlimited data on her phone so that she can at least go to classes via her hotspot should the need arise. Honestly, my poor children, they have enough problems to cope with.

As part of their Transition Year challenge, Daniel and Michael had to make brownies. Daniel went out to buy eggs but said, dolefully, on his return, “I could only find these tiny ones.” He’d picked up 24 quail eggs from the Moldovan shop around the corner. Michael announced that he wasn’t going to make brownies. “Why are you still doing your 10,000 steps per day then?” I asked. “Sunk cost fallacy,” he said gloomily.

The Princess is entertaining herself by reading one star reviews on goodreads. Today she read reviews for No Bones by Anna Burns. I haven’t read it, but herself is a big Anna Burns fan and tells me that the book is set in Northern Ireland during the Troubles. The reviewer wants to know why the author constantly refers to the Troubles but never explains what the trouble is. Oh how we laughed.

My friend in Brussels sent me three prints out of the blue for no reason. How lovely it is to have kind friends because February is proving trying. I was delighted.

My sister is underwhelmed by my Bohemian Rhapsody story. She tells me that her friend from Blarney is Freddie Mercury’s second cousin. Honestly, it’s true. The father’s first cousin married a Cork man and he brought her home. Now so.

The kids have mid-term next week. We rejoice. We’re all sick of online learning.

We spoke to the London relations and my English brother-in-law said that he once sat on Anita Dobson’s lap at a pantomime. I am practically a member of the band at this stage; I plan to ignore anyone arguing that these are tenuous Queen connections.

Herself and myself walked to Tesco and tried out our new masks from We Make Good (recommended) and I bought myself some flowers. Thrills.

We had Date Night for film night which was forgettable but not unfunny.

Mr Waffle bought me flowers for Valentine’s Day. As he said, you can’t have too many flowers. 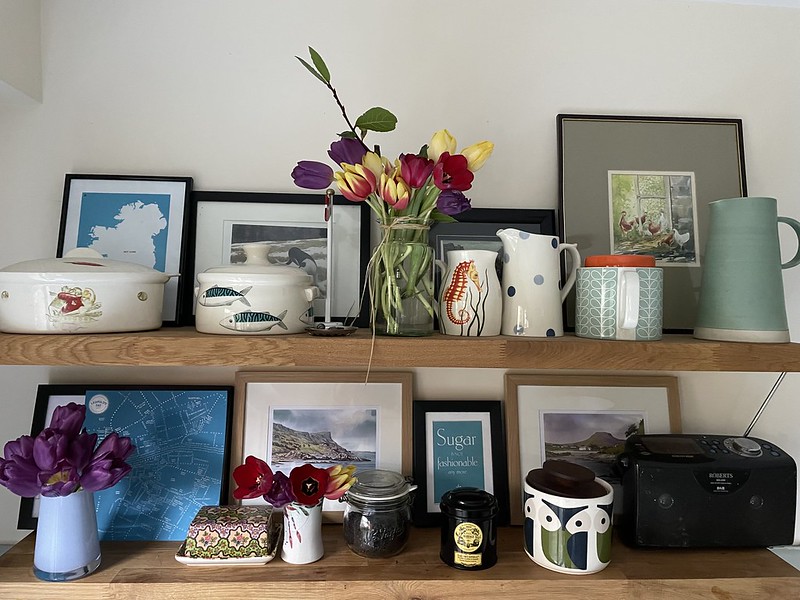 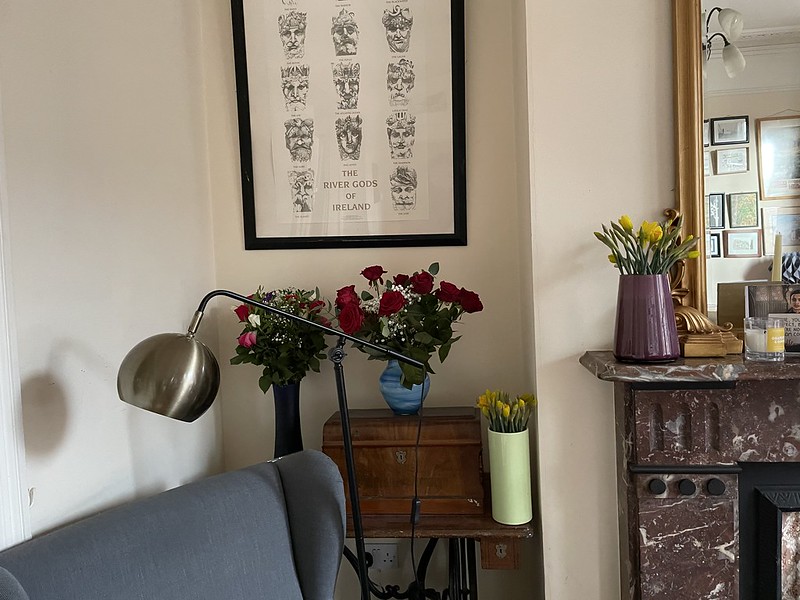 We went for a walk around the block together (4.19 kms- everyone is counting steps now) in the lashing rain. There’s love for you.

My friend who lives in America rang for a chat and we spent an hour exchanging every iota of news we have which is almost none since we last spoke just after Christmas. Sigh. At least she’s been vaccinated.

Ireland lost in the rugby again. Alas. While Dan and Mr. Waffle were watching the match, Michael and the Princess and I went out for a forced march in the afternoon (Michael still making up his steps) and it was relatively pleasant as the rain held off. Small wins, lads.

I trust your own Valentine’s Day passed off peacefully.

*This is a lie, I’m afraid, but you’ve probably worked that out already.