Over the summer we were invited to a friend’s 50th in Holland and we booked flights in what we thought might be an excess of optimism but here we were, actually going. The airport was quite busy but travelling through to our gate was relatively painless. The flight was completely full – every seat. Aside from masks, it felt very normal indeed. Our friend met us at the airport in Holland and dispatched us to our accommodation in a taxi which felt pleasingly decadent.

I was delighted with the Airbnb I found us in the Hague. 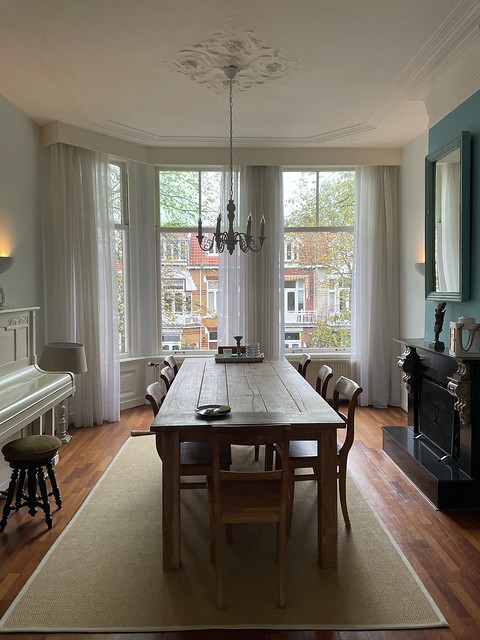 It was beside the beach (fine, technically Schevening) and although it was definitely not beach weather, it was nice to see the sea. It had the extraordinarily steep ladder like stairs which come as standard in Dutch houses. I have no idea how old people manage. Maybe all the cycling keeps them super fit? 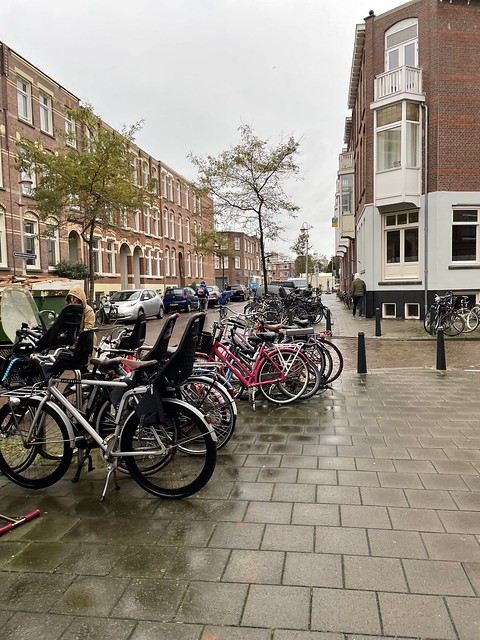 We went to the supermarket and we were the only people wearing masks. The Dutch only have to wear masks on public transport and everyone has abandoned elsewhere.

That evening we went to our friend’s 50th birthday party. Lads, a hundred people, a buffet and not a mask to be seen anywhere. It was like the before times: I loved it. The boys went off to play cards with the birthday girl’s children and Mr. Waffle and I mingled. We had a grand old chat with an old friend of the birthday girl who has left a very successful career in the law to move into gin production. Do you think I am making this up?

The venue was delightful: a big old house in the middle of a park with a lake. Apparently it used to be owned by Shell for the purposes of entertaining Shell bigwigs before becoming a venue for hire. All going well with Shell eh?

At 9 I took myself off to the airport to meet herself off her plane from England. This was fraught with difficulties due to my imperfect understanding of the Dutch public transport system. I found myself cowering on the tram rehearsing the lines I would give to the ticket inspector when it became clear that my transport card had insufficient funds. Happily the moment never came and I scurried into central station in the Hague and on to my train to Schiphol without further difficulties.

God, it was so nice to see my first born child. She was in terrific form and wanted to go straight to the party which we dutifully did and I am happy to report that we were among the very last to leave. 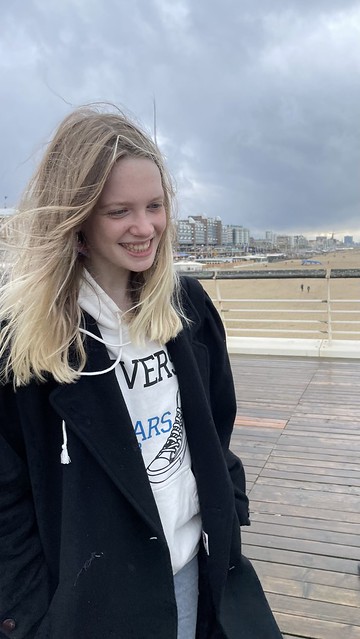 We had a quiet morning and then went for a ride on the big wheel by the beach before taking ourselves off to our friend’s house where the boys continued their game with their Hiberno-Dutch friends and a neighbour’s child. Our friend fed all of us, her own family and her two sisters. Quite heroic. And one of us is now a vegan. As well as her own party the previous night and all the attendant relatives in town, she also had a friend’s 50th dinner party that night and her third child’s confirmation the following day. It was a lot but she seemed in great form in fairness.

We decided to go to the Escher exhibition in town which was pretty good and the boys found it mildly interesting too which is always a bonus. 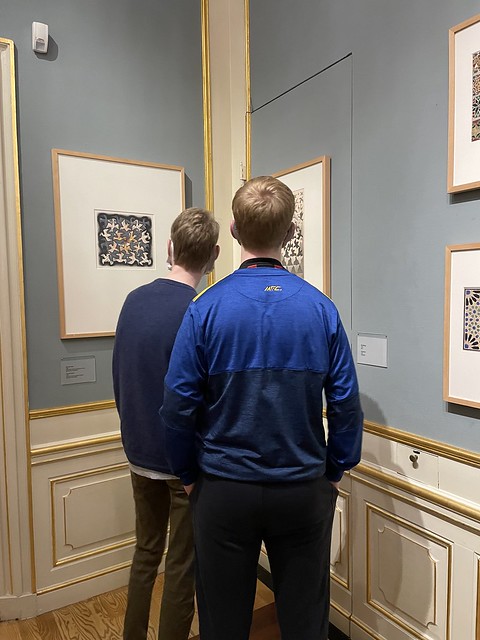 Herself was keen to go to the Mauritshuis. Off she trotted on her own. She was supposed to have booked a ticket but she hadn’t. The doorman liked her earrings and let her in anyway. 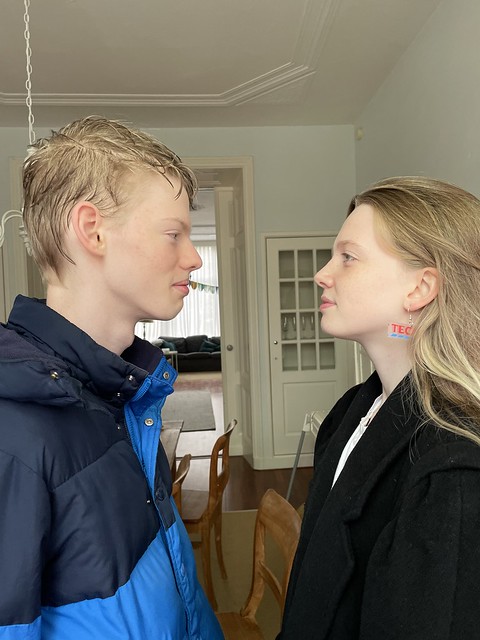 Earrings are visible above in the accidentally Wes Anderson shot of herself and Michael.

The Mauritshuis was free in for young people and she was delighted with it; full of old friends. She went wild in the gift shop: that’s my girl. 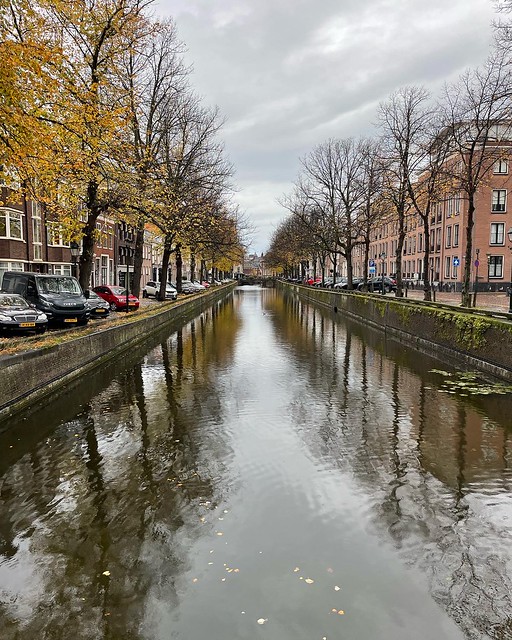 We had a final lunch together at the airport. We had to abandon herself half way through to run for our flight. I was sad to say good bye and leave her eating alone in an enormous international airport but it was probably for the best: we made our flight but it was a bit tight. Schiphol is quite a large airport, isn’t it? And two of us were selected for a very slow and deliberate random bag check which did not help matters. There were tense times in our little group. Separately, our 18 year old made her flight with lots of time to spare and a slightly superior attitude.

We got home to lashing rain, a delighted cat and a stream of trick or treaters for whom we had neglected to buy any sweets. Alas.

I must say, it was nice to be away, away. I’ve really missed going to different places. I had forgotten how absolutely charming Holland can be. I do feel lucky to have been able to go: I fear restrictions may be back again later in the year so the timing was good. Will Covid ever end?