It lashed rain. Despite my elaborate rain gear, the wind drove the rain up the arms of my coat leading to damp cuffs. Alas. There is no better way to get wet than on a bicycle.

My sister-in-law and her husband and daughter arrive from England. Who would have thought that when they moved back to London in October 2019, it would be two full years before they came back to Ireland? I was pretty excited to see my now four year old niece in the flesh as opposed to on Skype.

The school sent a message notifying us that we need to avoid jelly cannabis. I have so many questions. The boys dressed up for Halloween and went into school as Mr. Potato Head and a man in black. I like the potato peeler which doubles as a memory eraser but you can understand why Mr. Potato Head looks nervous. 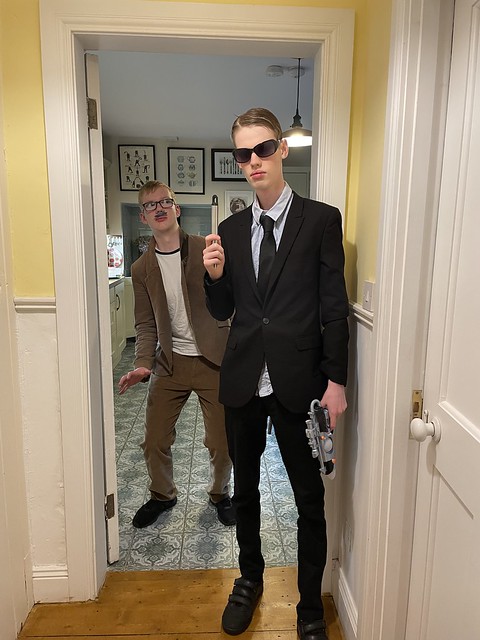 The in-laws came around. The absolute thrill. I was so pleased to see them. It made me a bit sad that they had been away for so long. We took in an exciting trip to the local playground. All go. My brother-in-law, surveying the range of outfits, asked whether Irish children always dressed up for Halloween on the last day before the mid-term break. “They do,” I confirmed, “do they not in England?” Apparently not. “It’s racism awareness fortnight,” he offered but it’s really not the same.

I had another dental appointment to deal with the bit that fell off my tooth. I am sick of the dentist and he may well be sick of me.

Mr. Waffle had tickets to the football league of Ireland semi-final but Dan didn’t feel like going and although I offered to go in his stead, Mr. Waffle said no one would believe that I was an under 18 season ticket holder. Alas. On many levels.

We were supposed to more or less be going back to normal post-October 22 but the Covid figures are on the up so no return to normal just yet. 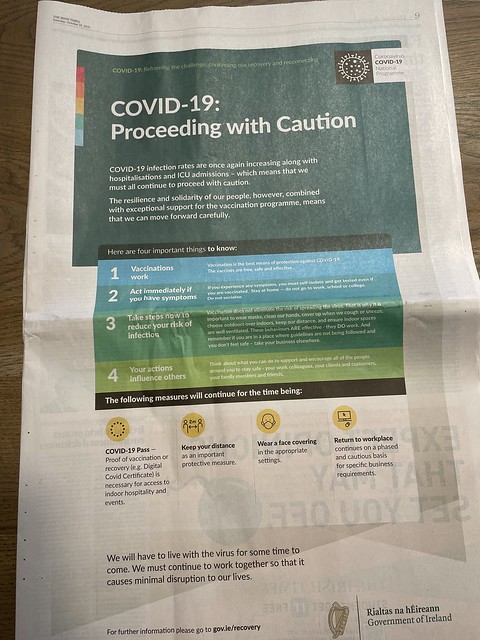 It was my father-in-law’s anniversary. I’m sure he would have been delighted to see his three children and their spouses and children gathered together. Probably would not have been delighted that his eldest son had come down with some kind of vomiting bug. Poor Mr. Waffle, he sat hunched miserably in the corner of the room like a ghost at the feast. 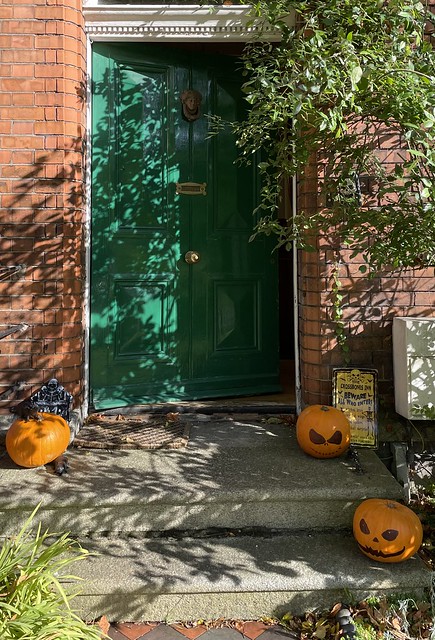 Dan had his last match with his current GAA team. They have been together since they were 6** so he was pretty sad. Still, minor play beckons (the next level up).

In the afternoon we headed to Mount Usher where we met the cousins and attempted to recreate the photo we took the last time we were there two years ago. Sadly herself wasn’t there being off in England but otherwise, I was quite pleased with the recreation of the picture. It is not easy being archivist in chief; for one thing your children tend to mercilessly mock you. 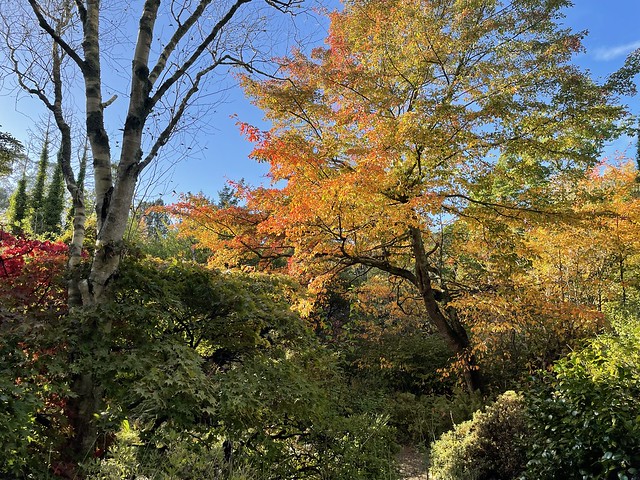 As Monday was the bank holiday, we all stayed overnight in a local hotel. The four teenagers had dinner before the adults and they sat and ordered together. I am very pleased that the cousins know each other so well. Cousins are a bit different from friends, it’s much easier to chat with them even if you haven’t seen each other for weeks and there is a shared understanding of family which makes it more relaxing to be together, I think. My niece has turned into an extraordinarily pretty teenager and I said as much to the boys to which Daniel replied, “Maybe that’s how you roll in Cork but I can’t say, I’d noticed.” On balance, a good thing, I suppose though, naturally I resent the anti-Cork slur.

Daniel had arranged to meet a friend in town at lunch time so we went back to Dublin quite promptly. “Any idea what you and your friend are going to be doing in town?” I asked. “Yes,” said he. Mysterious. Anyhow he seems to have had a good time and stayed away from the cannabis jelly. Michael rather revelled at being the only child in the car once we had dropped off his brother.

I went into Dunnes Stores with a coat I had bought for Dan which proved to be faulty (problem with a seam, since you ask). I had no receipt but I stood my ground politely but firmly and (for the first time ever) asked to see a manager who confirmed that yes it was faulty and they would exchange it or refund me the cost. I emerged dizzy with relief and excitement. Middle aged achievement level unlocked.

I had a distinctly Sunday night feeling on Monday whereas the lucky children were just beginning their mid-term and, while sympathetic, could not really enter into my feelings.

Stay tuned all month for more fascinating content of a very similar nature.

**Updated to add, Mr. Waffle says since he was 3 but that surely can’t be right. You would think with my complete blog and photographic archive I might be able to find out but no, look, certainly since he was very young.