Herself came home on Wednesday after her surfing holiday in Portugal. I was slightly surprised to learn that she is off to Marbella on Sunday for a week before returning to Dublin for further Easter holidays from April 4. Isn’t it well for her? It is far from the student life I remember which seemed to involve nothing more exciting than the odd trip to Kerry.

She expressed a willingness to go out on a cultural evening so she and I went to the launch of the Francophonie film festival on Wednesday night – a slightly sad film about Lebanon (Sous le ciel d’Alice) and a not bad at all buffet from the embassies of the countries which are members of the Francophonie (you would be surprised – I mean Austria, Greece, Hungary?).

She opened an envelope from the Department of Education which had been awaiting her attention for some time and which I had been extremely curious about. She has won a scholarship for her leaving cert results and must now input her details to secure €7,000 a year for the remainder of her college career (definitely good news) but she must confirm that the family holds a medical card to qualify (a proxy for income). We do not hold a family medical card. The Lord giveth and the Lord taketh away. In a very Pollyannaish way she said, “But aren’t we lucky that I don’t qualify, really”. And, you know, I bask in the glow of her achievements. I often think what a pity it is that my mother got sick before herself started secondary school and got into the habit of winning prizes for everything. My mother would have really enjoyed that. And while I’m mentioning my mother, I must remember my father who was rather indifferent to academic achievement (opposites attract, I guess). Yesterday would have been his 97th birthday. I still sometimes forget he is dead and mentally bookmark things to tell him.

I had forgotten the Princess’s slightly acerbic way and I am not sure that I entirely welcomed her assessment of my singing at breakfast, “You’re like the Tesco finest version of songs, quite like the original but not really as good.” Indeed.

However, she is dutifully keeping us all up to date on what the young people are doing. She’s signed up to a new app called Be Real where once a day at the same time you take a picture and so do all your friends. It simultaneously takes a picture with the front and back camera. I am not sure I will take to it. I have to say that only one of us looks like a chipmunk in my first Be Real shot. 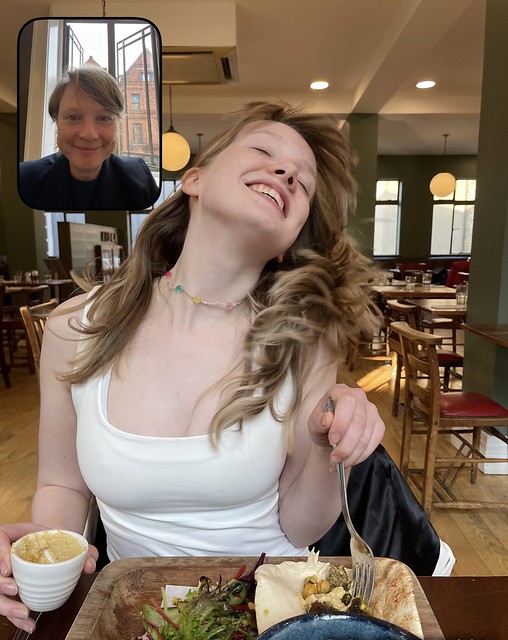 My brother was passing through London when she was there last week and she brought him to a restaurant which he said was quite weird but he found it kind of fascinating. It’s where the bright young things go. He described the food as dear and bad. Of course it was dearer for him because he also gave her some cash which she promptly went out and spent on a rather nice new coat. 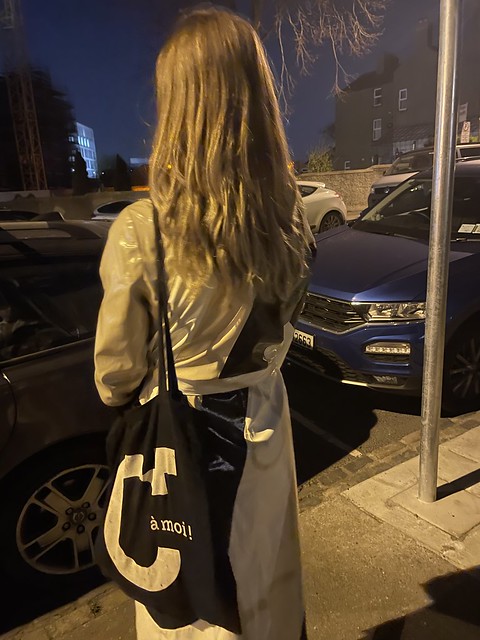 People it is so strange when your child becomes an adult and knows things that you don’t and is out and about in the world but surprisingly gratifying too.