The boys are finished school for the summer. They had a reasonably good school awards season though Daniel felt he would have done better had he not irritated the school authorities with operation bald. Here he is after 3 weeks of hair re-growth. 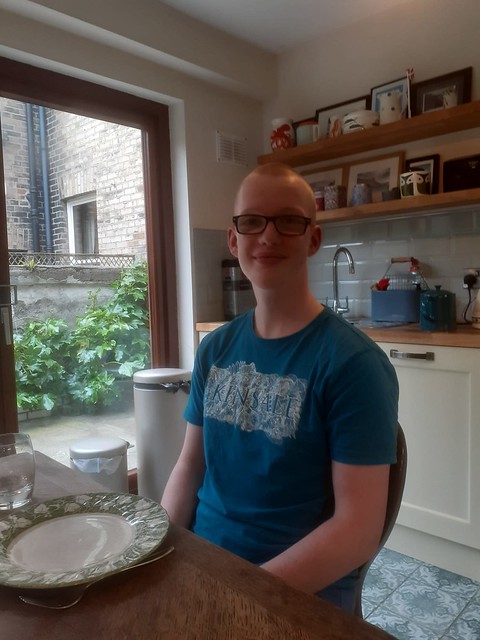 Daniel after finishing school last week hopped on a plane to Rome this week. Having ensured that his phone had roaming, Mr. Waffle and Michael dropped him off to the airport. It was only after Daniel had checked in his hold bag that he revealed that he had put his phone in it. This did not give me great confidence that he was going to find his gate and get to Rome safely. However, despite my qualms, he got there no problem and seems to be having a great time. I love seeing them make up for lost time under Covid. One of the really great things about a parent is how much joy you get from seeing your children having a good time.

I am also enjoying an end of term of sorts as I prepare to finish up work next Friday. A certain amount of extra lunching has appeared in my life. Most unusual – and rather charming – so far has been lunch in the club of a friend looking out of the dining room onto Stephen’s Green. Mr. Waffle came too and another friend who was in college with him and is extremely glamorous. I was pretty pleased – and mildly surprised, I had not thought of her as a cycling person – to see her rolling up to lunch on her bicycle until she tied her bike to the pole I had my eye on. On the down side this put her in a position to see my utter humiliation when I was taken to task by a guard for breaking a red light. Completely my fault and I abased myself absolutely apologising furiously. He was quite unpleasant but in the end he let me go with a scowl and trembling knees. Glamorous friend said that I was so long with him that she thought he might be a friend but then she overheard the tenor of the conversation. She was pretty indignant on my behalf and said that though I was in the wrong, I had apologised and what else was I supposed to do; although illegal it was not as though it had been a dangerous manoeuvre; and she felt that he was on a power trip. He did seem to be enjoying himself. I was heartened but also felt a bit feeble. As my father used to say “character is destiny” and I am much more likely to keep apologising than to argue back. I can’t help feeling she would have been far more robust in her approach.

Herself has secured a smallish sum of scholarship money and plans to use it to spend a month in Paris over the summer. Little does she know that there is a good chance I may visit her with my new found freedom. She is currently preparing for exams which start tomorrow. She is a bit nervous but all was going well until a random stranger came up and punched her in the face in the middle of the afternoon last week. It was a young woman, perfectly normal in outward appearance but obviously very unwell. The police said that it was a completely random accident and she was very unlucky. The paramedics said that nothing was broken but she would have impressive swelling followed by an impressive black eye. Right on both counts so far. She was really shaken, as you would be, in fairness. An academic and his wife saw what happened and were very kind to her and he wrote her a nice letter subsequently saying that he had been in contact with her lecturers about what happened. It was quite a shock though and I felt very helpless being so far away. I wish there were something useful I could do. She has a big ball next weekend after the exams and she says she will be like Pádraig Pearse, always getting her photo taken in profile. I am really looking forward to seeing her and a bit worried for her too; though she is pretty resilient it was a nasty thing to happen and has taken a bit out of her at a time when she was anxious anyhow.

And Michael? Michael has been happy as a sandboy since the end of school. He is currently enjoying his status as only child at home. We took him out for a mild walk in the Dublin mountains this afternoon and he seemed to enjoy the full blast of parental attention. 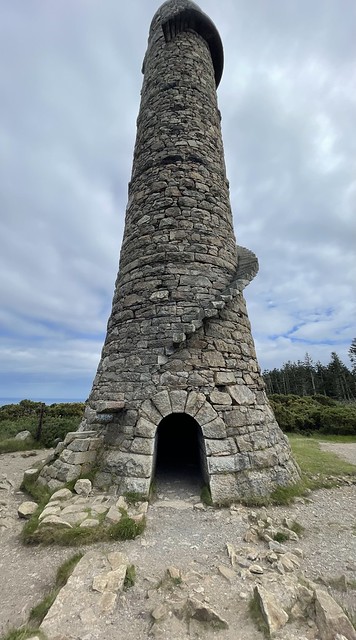 Updated to add: The Italians have just called to say that one of their children has Covid; she’s been sent off to stay at her grandmother’s but I fear the worst. The plot thickens.