Michael has jacked in scouts. It was time for his renewal sub and he decided he had had enough. He really enjoyed the opportunity to be an indoor scout but, increasingly, they were forcing him outside to use his map reading and knotting expertise in the wild and he decided that this was not for him. Also the scout hall was freezing all winter and he was tired of being perished. Alas.

My colleague whose father died last month has, naturally, been inundated by mass cards. He tells me he received one from some friends saying, “Sorry about the death of your ‘father'”. “I have to ask them what they were implying,” he said. This inverted comma for emphasis business must end.

Herself has an excellent Business teacher. She really enjoys the subject and, with his encouragement, entered and won a national competition last year. I have met him: he seems able and on the ball.

All this is to give some context to this unnerving conversation.

Her: I can’t stand it any more.
Me: What?
Her: When we are doing accounts, there are always at the end “sundry creditors”.
Me: Yes, and?
Her: Well someone asked [the business teacher] why all of these companies for whom we are doing imaginary accounts seem to owe money to “Sun dry” and whether it is a particular kind of company.
Me [bad person]: Snigger.
Her: That’s not the bad part, he said, that it must just be the example company that they use in the book and now everyone in the class except me thinks that sundry is pronounced “sun dry” and it’s the name of a made up company. What should I do?

Even though they were exhausted by yesterday’s birthday celebrations, I made my family go out for a walk in the Dublin mountains today. Fortune favoured them and the road to the walk I had planned was closed due to snow.

We went for a mild walk in the woods instead. It was snowy, it was foggy. It was not an enormous success. I said that it reminded me of the set of the play we saw at Christmas and my, extremely literal, husband and son both said, “But the trees on that set were all white.” Walking down the snow in the fog, I said to Daniel, “Listen to the sounds, what do you hear?” “I hear running water and birdsong,” he began and was promptly interrupted by someone shouting in the distance, “Are you taking the piss, Jonathan?” 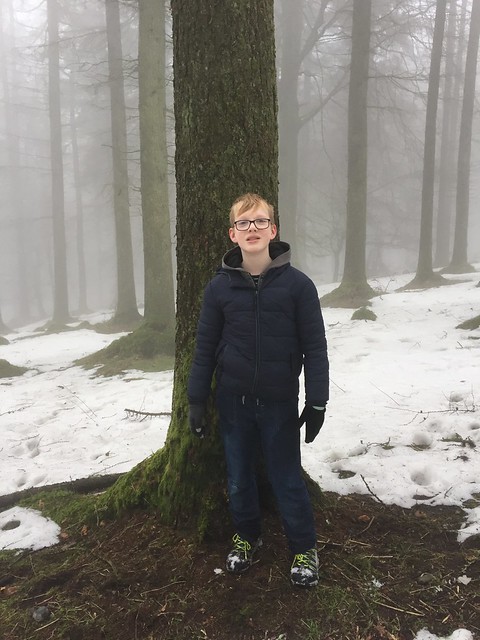 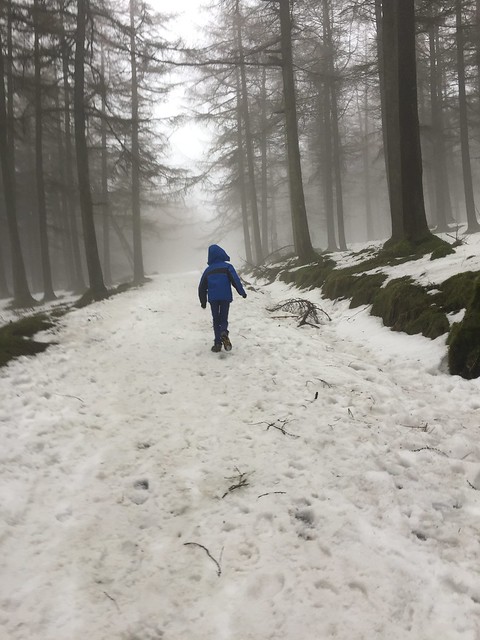 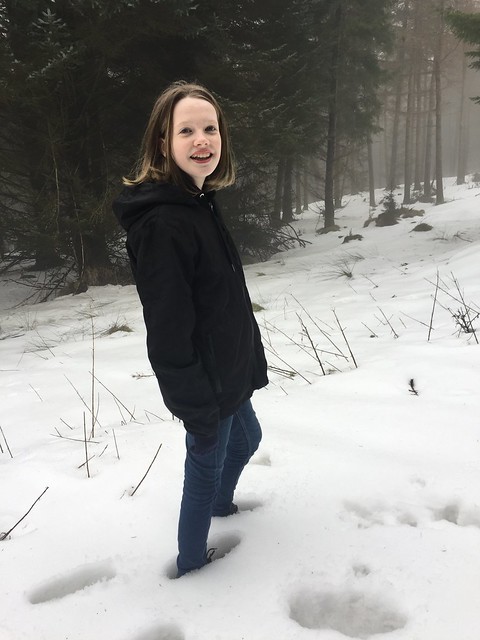 And we had to stop at Tesco on the way home to pick up ingredients for Home Ec tomorrow. Oh the humanity. 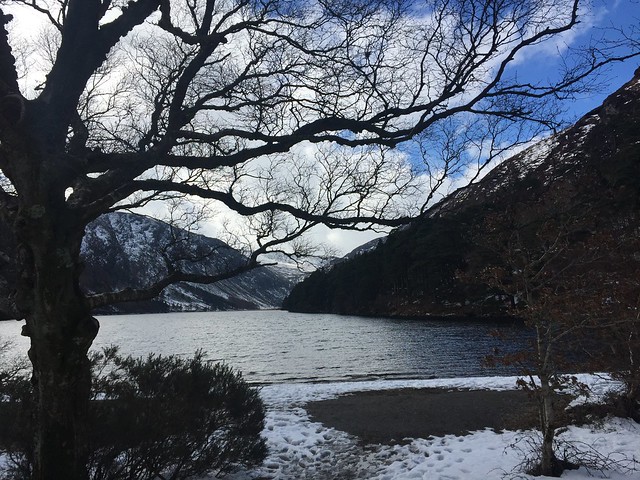 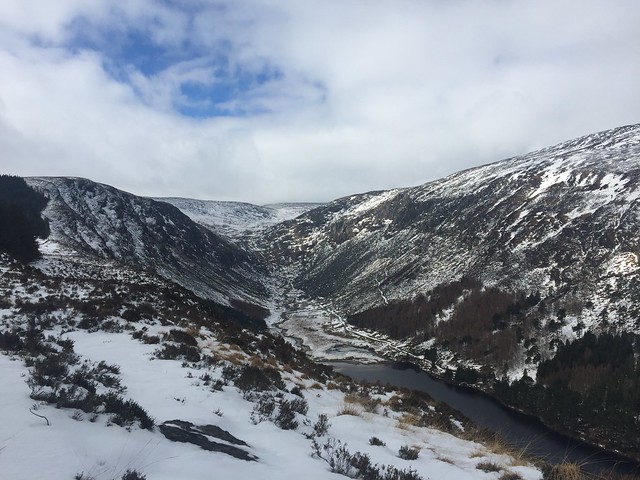 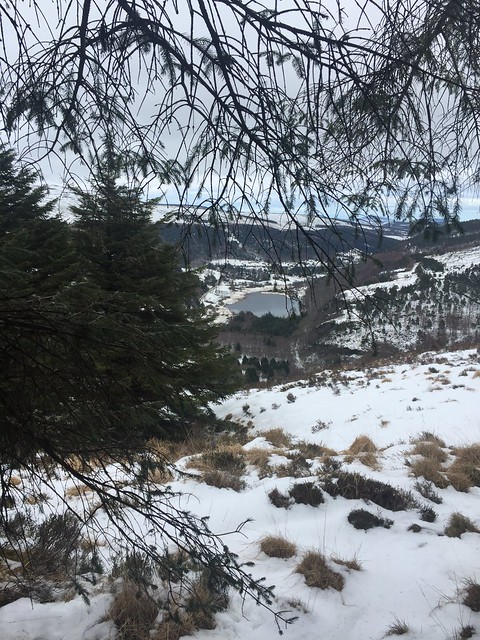 Herself: Did you know that there’s broadband on the moon?
Me: Really?
Her: Yup, apparently, it’s quite good, better than rural Ireland anyhow, but then, I suppose, there isn’t the same demand on the moon.