Despite only having finished her course the previous Friday, the Princess and her companions were having a reunion in Dublin less than a week later. She was very keen to go which I thought was ludicrous but her kind indulgent father said that we should let her go so we drove her up to the train station in Cork with 6 minutes to spare before her train left. Note to file, Clonakilty to Cork may be 45 minutes by car; outside Clonakilty to the train station is quite a bit longer.

My brother who, when he is not being annoying, can be rather saintly took the boys off to Milano’s for lunch and Mr. Waffle and I had a really lovely lunch in the Farm Gate which I would very much recommend.

We spent the day in Cork bonding with relatives each of whom asked me in turn why on earth I had chosen to go to Clonakilty on my holidays. We picked herself up from the train at 8.30 (a train which she leapt unto 3 minutes before it left Dublin – it was a day of close shaves) and took ourselves back to base. She opined that her 5 hours on the train for 3 hours with her friends had been totally worth it. So that was something.

For his own obscure reasons, my brother was cycling from Cork to Skibbereen. He stopped off on his trek and we all had lunch together in Deasy’s outside Clonakilty which is quite fancy and, therefore, didn’t have chips. Some trauma ensued as some of the cohort thought that the nice view and gourmet menu did not make good that deficiency.

Then we went to Kinsale to meet a friend of Mr. Waffle’s who had just bought a house there. We had take away fish and chips at her place for dinner so the natural order of things was restored. We also had a an opportunity to take our traditional “Caution Children” picture so that was obviously good. 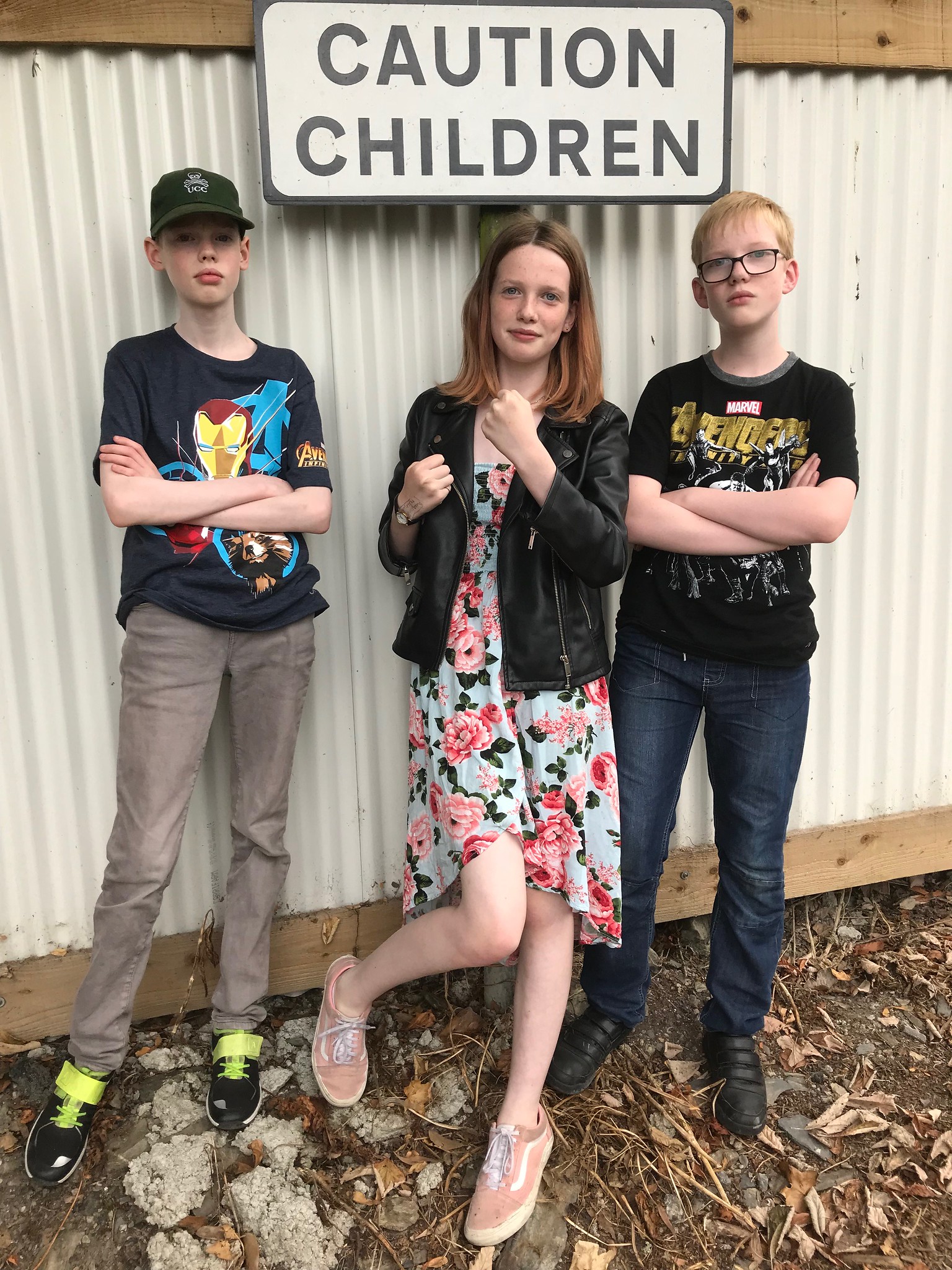 On the way back to Clonakilty, to the intense chagrin of Michael who stayed in the car timing how long I was taking, we stopped off and had a look at Timoleague Friary which is very, very beautiful It was sunset (about 10.30 so Michael’s chagrin was understandable, I suppose) and it looked quite spectacular. 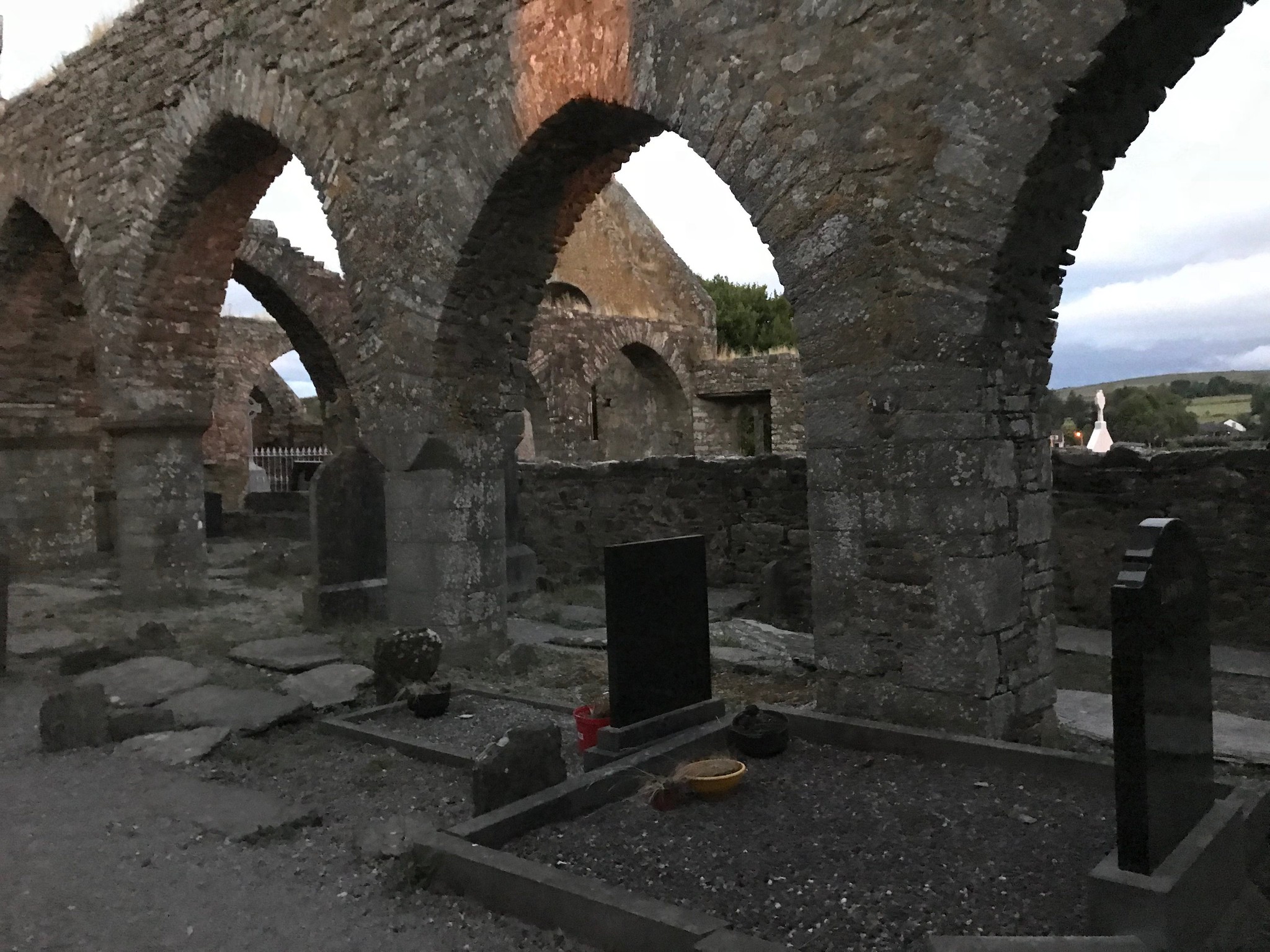 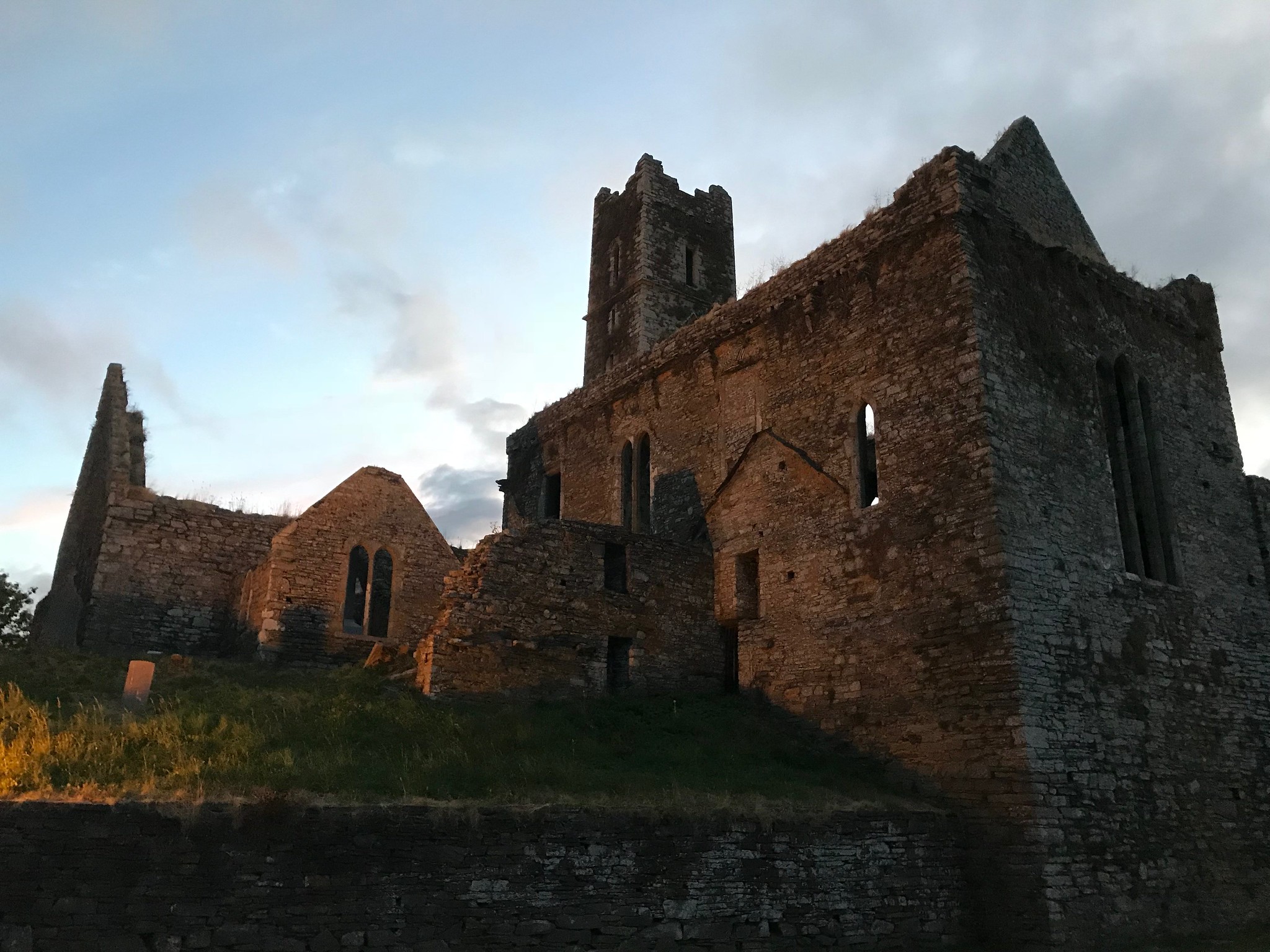 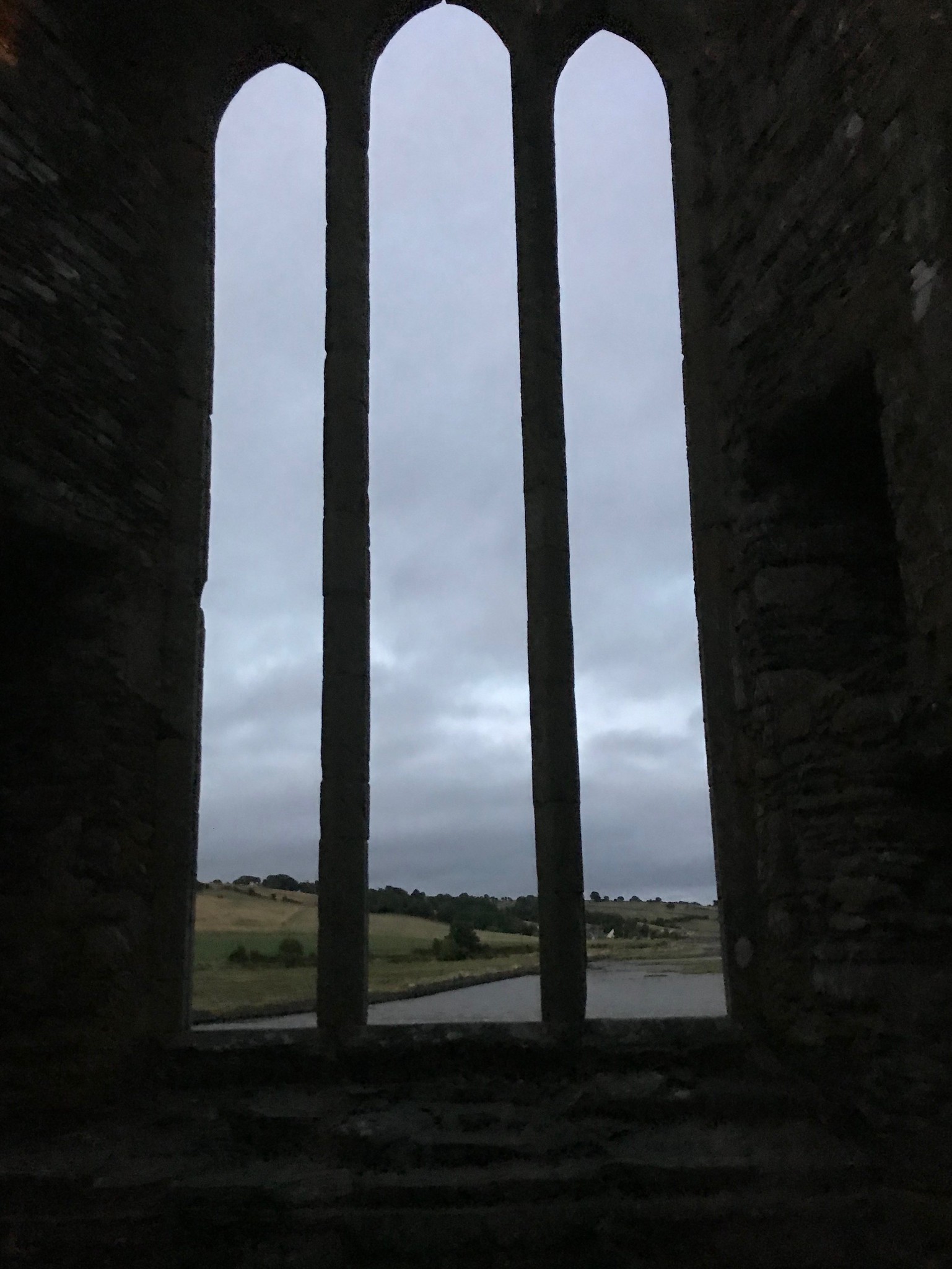 The setting was pretty spectacular also. 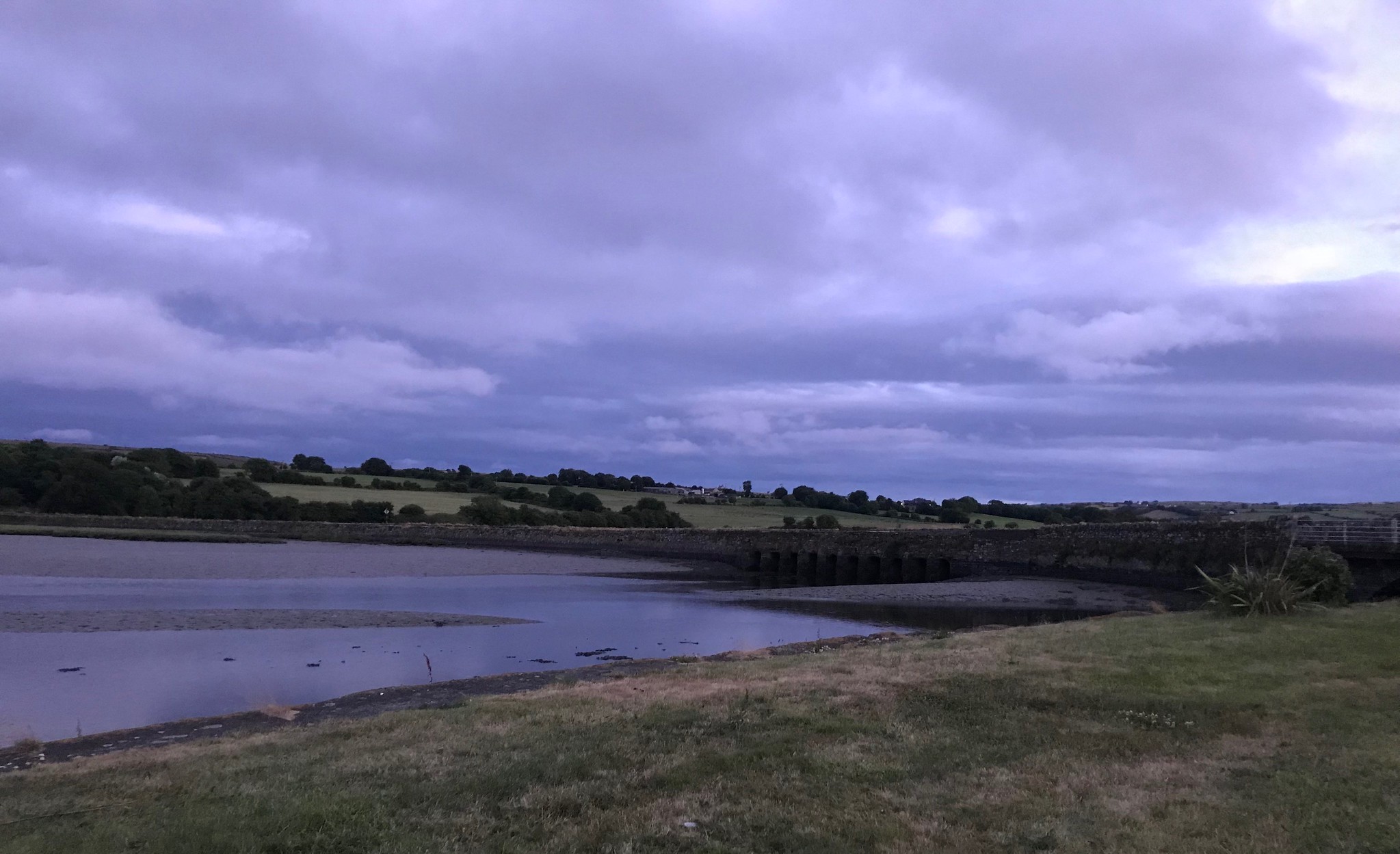 I went to the Red Strand for a swim leaving my non-beach loving family to entertain themselves as well as they could in my absence. Their loss, frankly. 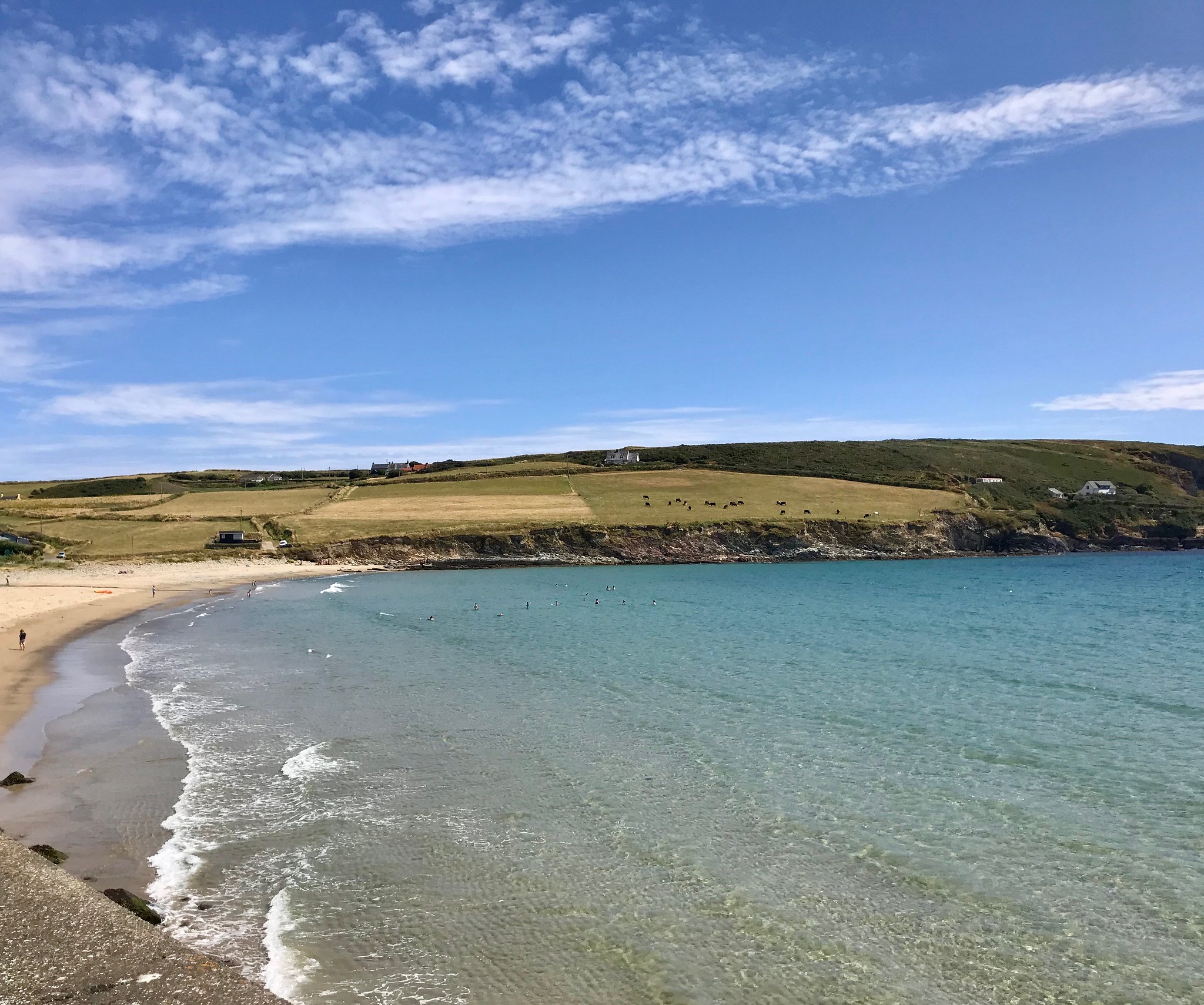 We went in to Rosscarbery where I spent many bored summers as a teenager (a friend’s parents had a house there) and, to be honest, there is still little enough to do. However we did have dinner/afternoon snack in a very nice pub. One of us had prudently bought a jumper and two of us were cold so she made the ultimate sacrifice. 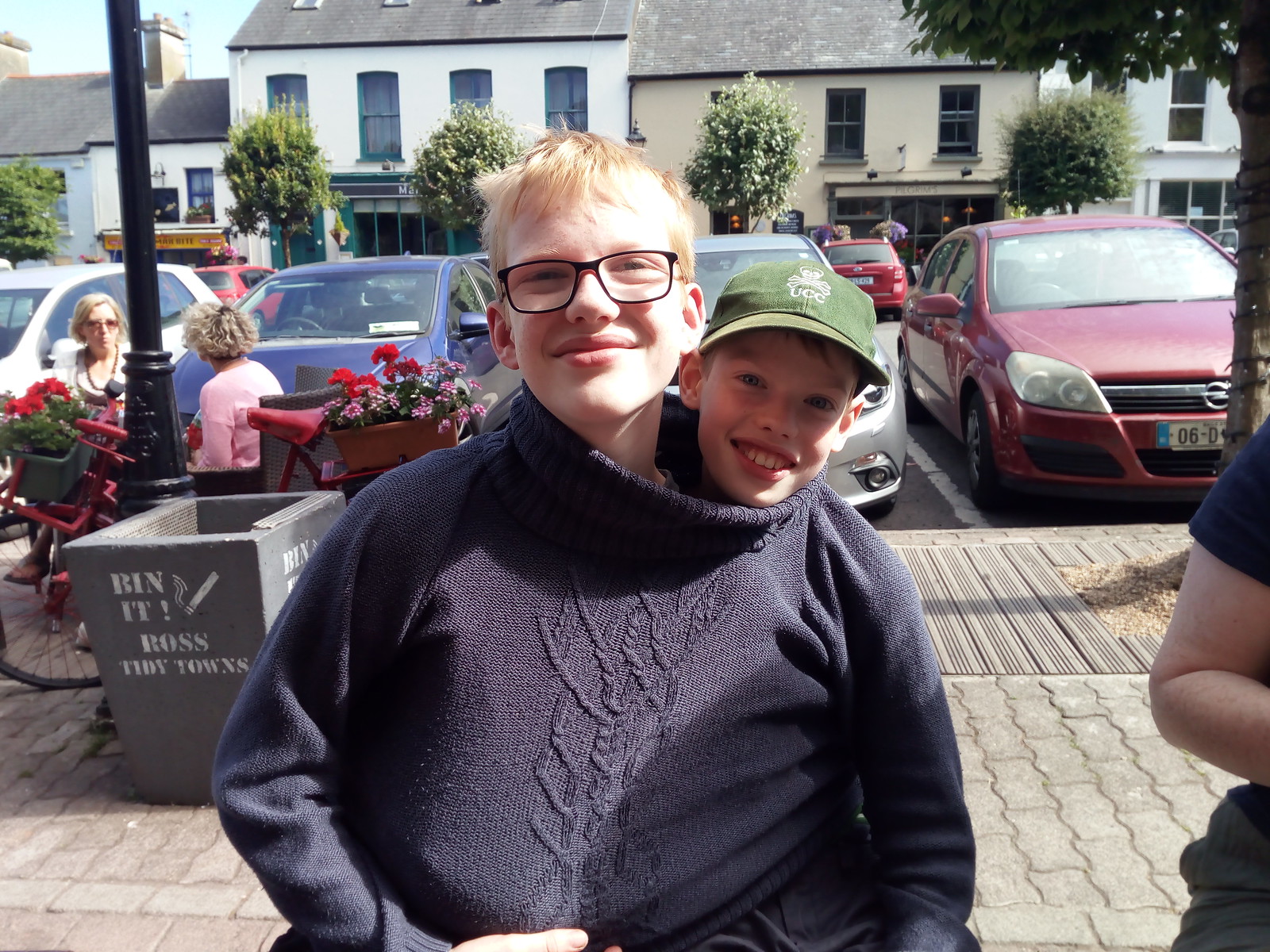 I was a bit grumpy and herself asked what I would like. “Why?” I said suspiciously. “Because who ever is the grumpiest runs this family.” This was a startling insight and I realised as I turned it over in my mind, entirely true.

My brother sent us a photo of Lough Hyne which I include because, you know, why not? It does highlight one of the problems of Clonakilty. It is West Cork but not west enough. It’s a bit of a trek to Lough Hyne from Clonakilty (not impossible, 40 minutes in the car) but almost all the good places are a bit of a trek. 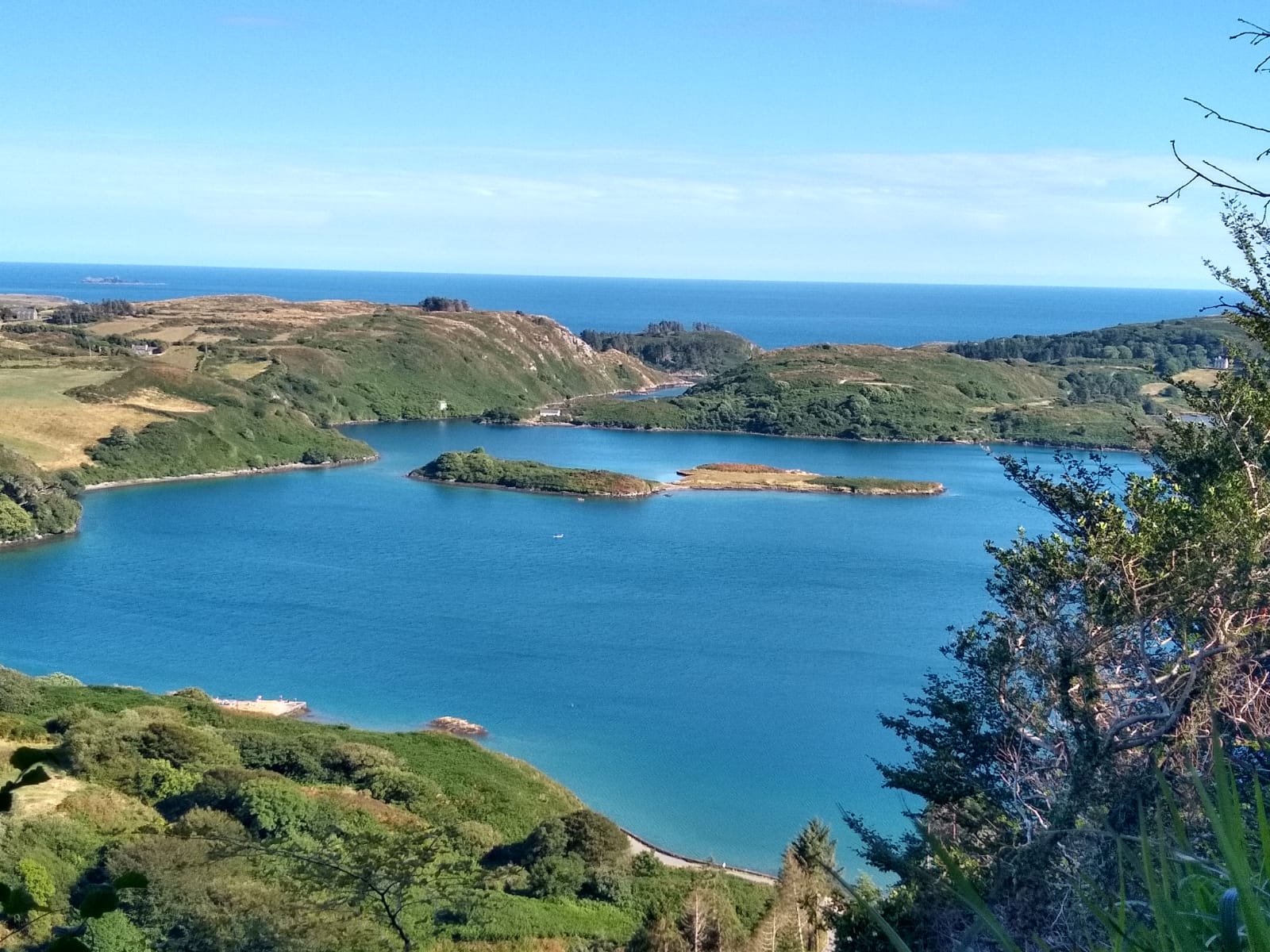 I went up to Cork for the evening because, since my brother was away, I thought I might be able to help my sister out a bit with the elderly relatives. I am not sure how much of a help I was really, particularly as she ended up having to feed me as well but we did enjoy a nice walk.

We packed up and set off for home. Already Mr. Waffle and I were somewhat preoccupied by the thought of the working week ahead (something that does not happen at the end of week one of a three week holiday, I can tell you) and it was a long enough drive back. We stopped off at Blackrock Castle in Cork for lunch because I thought that it would not take us much out of our way (it did) and it would have pizza (it did not, they took it off the menu before Christmas, alas, alack).

On balance, West Cork again next year I think, but further west.