I was in Cork over the weekend a couple of weeks ago. My brother announced that he had thrown out a couple of books from my parents’ house. “You shouldn’t have done that, I might have wanted them!” I cried. “Well,” he said, “You’ll just have to manage without Common Household Insects and Pests“.

My sister and I spent hours clearing out my mother’s wardrobe; you will recall that my mother died in June 2019 so this was overdue. It took a lot out of both of us.

The clothes were ok actually though why I thought that I would fit into a size 10 jacket – which I have now donated to herself – is beyond me. We found an enormous number of kid gloves in yellowish white all of which I have given to herself in the – possibly forlorn – hope that she will find these vintage items of interest.

There were furs which had belonged to both my grandmothers. In surprisingly good nick but, I don’t know, fashion may have moved on. Mr. Waffle believes there is something distinctly disturbing about the little paws on this scarf (intertwined dead rodents is how he describes the whole), hard to disagree. These were standard issue for everyone’s granny when I was a child but not so much anymore. 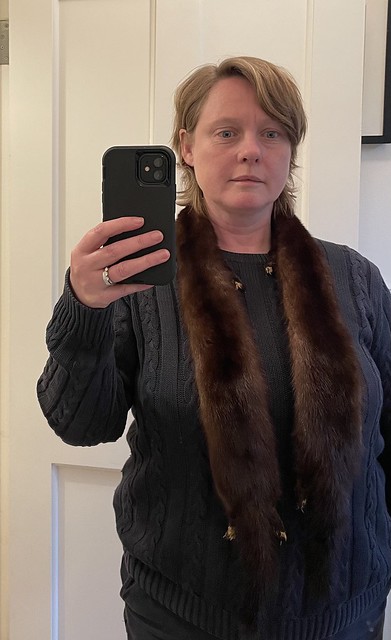 Herself says her fellow students are always leaving unlikely things at nightclubs and posting distraught messages to social media saying things like “I lost my Great Aunt Edith’s pearls at Wild Nights, has anyone seen them? My parents are very cross.” I can’t help feeling that her great grandmothers’ furs are more unlikely lost items than most and she might enjoy having them.

The wardrobe also contained a mountain of papers, most of which we threw out: old theatre programmes; dinner menus; conference programmes; receipts; hand made cards; bafflingly, an entire Cork Examiner from December 1985 kept for no discernible reason; photographs; a letter from my father from London; chequebook stubs; and postcards.

I kept a description of the dying days of our cat written by my mother which was surprisingly emotional for a hard headed farmer’s daughter. I also kept her insurance book issued from when she went to Freiburg as a postgraduate student in the 50s.

There were some lovely photos of her time as an international student in Freiburg as well as some from her graduation and UCC balls. We kept all the photos, of course and also all of her out of date passports.

I wonder where the people in this photo are now? My mother is in the middle of the front row. If you know any international students who spent 1957/58 in Freiburg, get in touch! 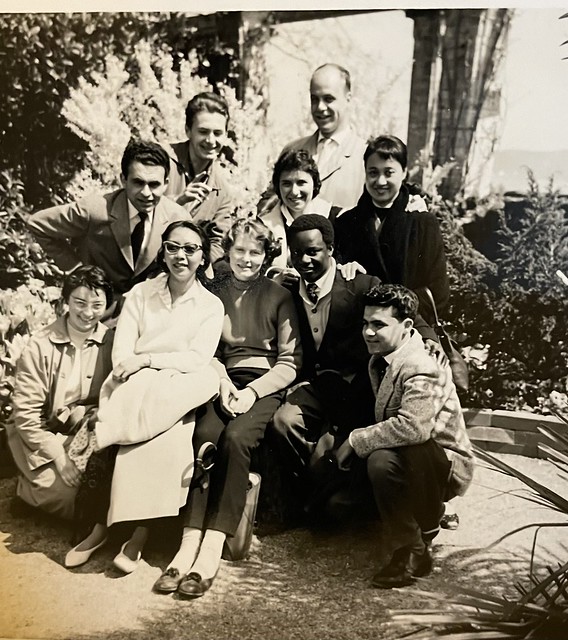 I kept three of her old cheque books from the 60s. Many of the stubs were not filled in – I regret to say an abiding failure of hers. There was one though for £600 to a garage in Farnborough and I think that must have been for her beloved mini cooper. I kept one of my homemade cards – there were many but I remembered the pain associated with creating this particularly elaborate one. There was a German calendar for 1958 and some unused postcards from Copenhagen, I kept those too.

There was what I can only assume was an unopened wedding present from 1967. We used them for breakfast the other morning. Good to see them getting a trip out after a wait of 54 and a half years. 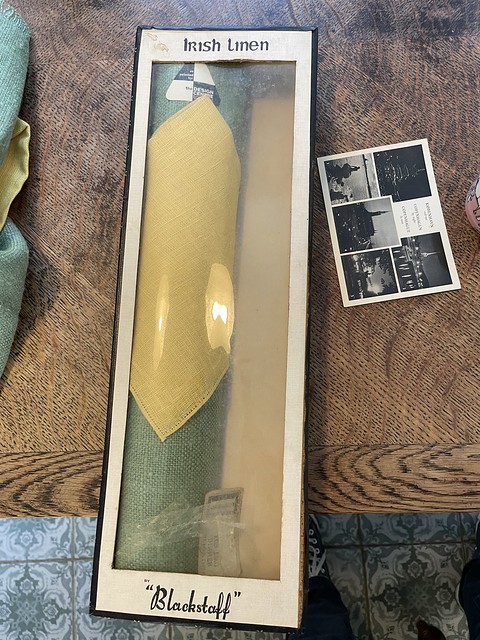 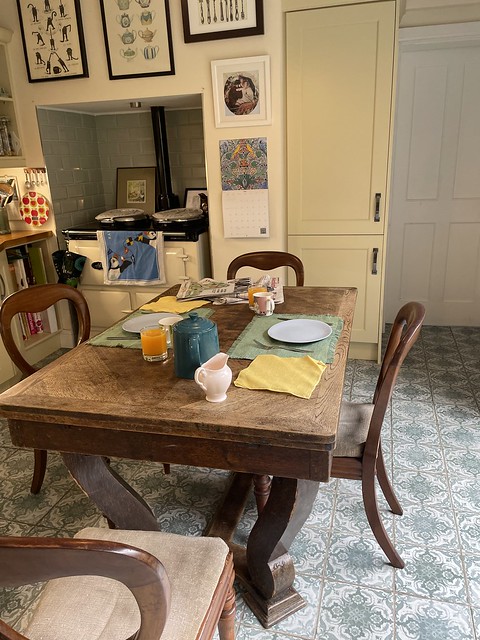 It’s funny how few things remain of a whole life time, a whole beloved person; and I am conscious, not necessarily the things she would have chosen to have kept or be remembered by. That’s how it goes, I guess.