I had to go to a work event in Killarney a couple of weeks ago. 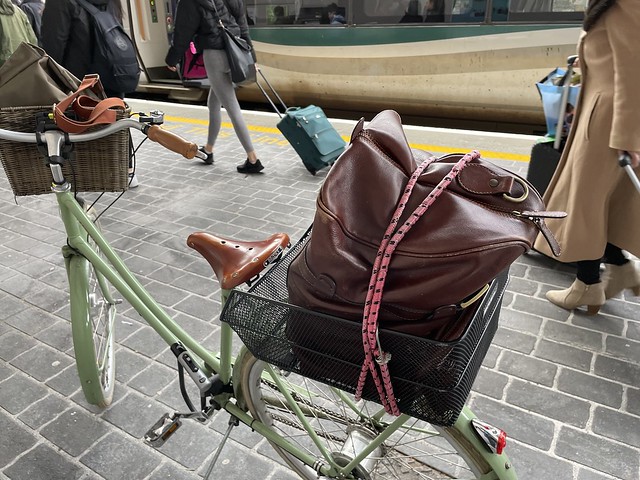 Feeling extremely daring, I packed my bike on the train. I met a retired French man on a bike in the way into the station whose English was poor and who was delighted to find an Irish person who could a) speak French and b) knew the ways of the intercity trains and bike accommodation. I was reduced to pointing to the guard’s van (which is where bikes go) because finding the French words defeated me. He had not had a fantastic time due to rain. Not entirely surprising, I suggest. He was on his way back to France where, he told me wistfully, it was 35 degrees.

I had to change trains en route to Killarney which was a little stressful but alright. 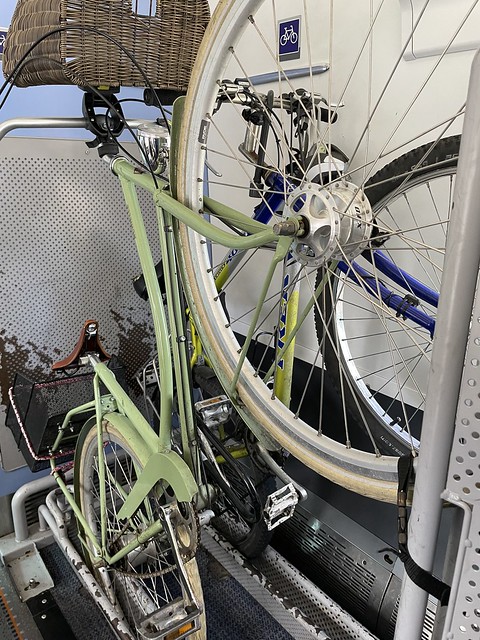 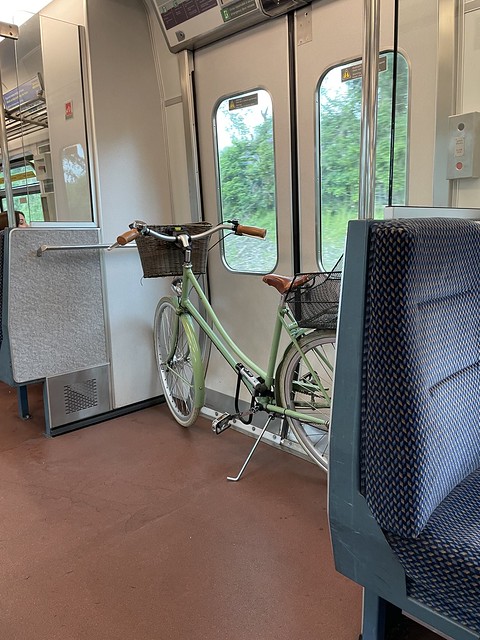 When I got to Killarney, the hotel was a bit out of town but very well served by cycle lanes and as I cycled along in the mild evening air, I was delighted with myself. 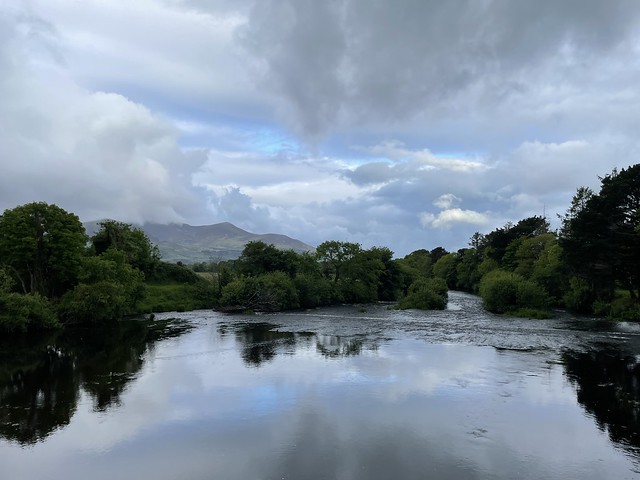 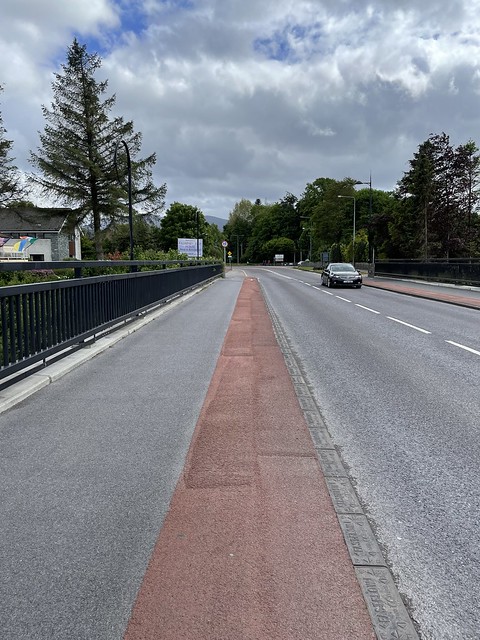 At the hotel, alas, the only bicycle parking was in a perspex lean to clearly designed to accommodate staff bikes during their shifts and I left mine there overnight in some trepidation but it was still there in the morning. It’s my first time taking my bike on a work trip outside Dublin but I would definitely do it again. 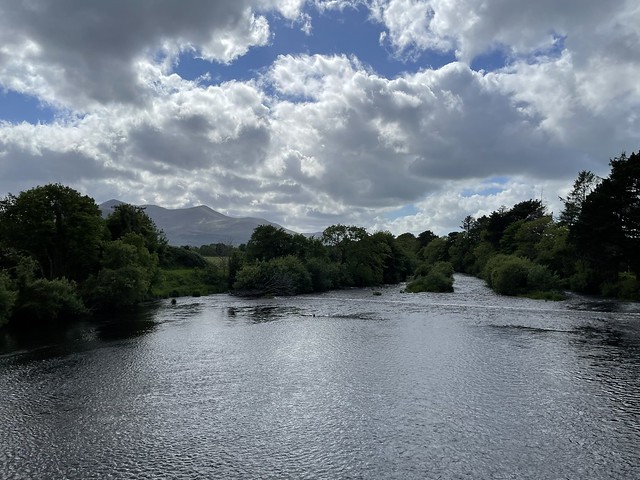