This is always a very busy time of year: there’s the Fringe Festival, the Theatre Festival, Culture Night (sadly missed it this year but we were in Paris – more of which anon – so basically a win), the Dublin Festival of History. It’s all go, I can tell you. With my new non-working status, I can bring a whole new energy to this which my family very much welcome.

Earlier in the year I booked for four people to go to Steward of Christendom in the Gate. It was cancelled twice (Covid, I guess) and we ended up going in late August which was perilously close to the cultural whirlwind that is autumn in Dublin. Also herself was there and I only had four tickets. Everyone wanted not to go (honestly, this is what I have to put up with) but herself won in the end as she was the one for whom a ticket hadn’t been bought in the first place. You would think as an English student she might want to go to this play by Sebastian Barry exploring the great sweep of history through one individual’s recollection of the tumultuous period around the foundation of the Free State. You might think that but you would be wrong.

Anyway, I thought it was really good. I saw it years ago, maybe in the 90s, in the Abbey, I think, and it made a big impression on me. What I didn’t remember from that previous performance is that the main character is in a county home with senile dementia. I think I didn’t know anyone with dementia then and what stayed with me was the loss and the change experienced by the main character rather than the situation in which he found himself. Also there wasn’t so much exploration then of how people loyal to the Crown managed that transition in 1922/23.

The others in the family were less enthused with Mr. Waffle saying, only half in jest, that it should have carried a warning that it dealt with difficult themes including dementia. Alas.

Mr. Waffle and I also went to a performance at the Fringe Festival. We often go to see a comedian in the Fringe (rather than a play) – only about an hour and a half and my experiences have been generally good. We both quite enjoyed “This is Toxic” by a comedian called Julie Jay. I mean, some dark themes and I emerged knowing more about Britney Spears than I had before, but overall very funny. Mr. Waffle was one of the few men in the audience. Make what you will of that.

I went on a tour of the Worth Library – a long held ambition of mine – as part of the festival of history. I had a cold on the day and it is housed in the offices of the Health Service Executive. In the invitation, I was asked to wear a mask. I hummed and hawed but decided to go. No one in the former Dr. Steeven’s hospital appeared to be wearing a mask except the librarian. When I arrived, he explained that I was the only person taking the 11 o’clock tour. To be honest, I had been hoping to avoid that level of scrutiny. He told me that I was a bit early – I was – and maybe I’d like to go to the ladies’ down the corridor while he turned on the lights. Sure, why not?

It’s one room. I learnt a lot about it, and antiquarian books in general, in the 45 minute one on one tour. The librarian had a northern accent, a mask, and as he said, much to my mortification, a speech impediment. I was mortified because I had to keep asking him to repeat things as he was hard to understand. Meanwhile I was pulling down my mask and blowing my nose every two minutes as we danced around the room maintaining a social distance. As though things were not difficult enough, my trusty ancient cords chose this moment to collapse. A bad habit of keeping my phone in my back pocket became too much for these old trousers to bear and the pocket tore taking a good wodge of fabric with it leaving my bottom at severe risk of exposure. I kept my jumper pulled down with one hand and blew my nose with the other but all in all, I wouldn’t call it an entirely comfortable experience. 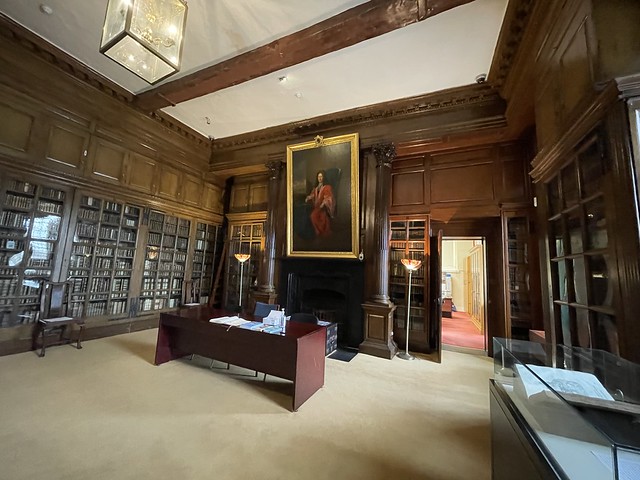 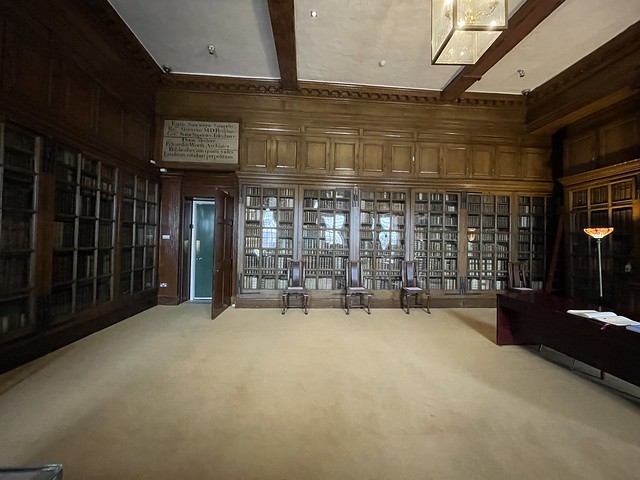 During Covid, Mr. Waffle gave me a present of a National Gallery membership and I have been waiting for the correct moment to deploy it. That moment is now. I went to the Giacometti exhibition. I wouldn’t be a major Giacometti fan (he weeps) but I did find it pretty interesting. He had a much younger wife who survived him and fiercely promoted and guarded his legacy notwithstanding his taking up with a much younger again mistress who, like his wife, featured in the exhibition.

Having gazed my fill on Giacometti’s works, I went back to the closed cloakroom where I had left my waterproofs reasoning that no one would take them. Reasoning incorrect. They were gone. I went to all the desks but no joy. It was very wet outside. However, just as I was resigning myself to a damp cycle home and considerable investment, they turned up at one of the desks. Mysterious but very welcome. The security guard told me that the cloakrooms have been closed since Covid. This is ridiculous at this stage, frankly. And, once bitten, I’m not so sure I will abandon my coat again. Welcome to my world of first world problems.

Mr. Waffle and I went to the cinema on a Wednesday afternoon. I don’t think I’ve gone to the cinema in the middle of the working day since I was in college. We saw Official Competition which was quite funny in places but relied too much on one gag, I thought. On reflection, quite like the kind of film I used to go and see in college.

I took the opportunity of an empty foyer to insert myself in the “Don’t Worry Darling” drama. 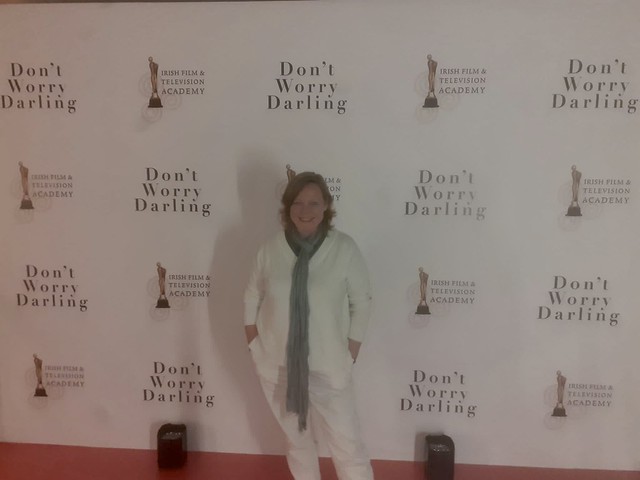 We went with the boys to see “See How They Run”. It was only alright I thought. I’ve actually seen “The Mousetrap” but happily could remember nothing of the plot so the action was all new to me. We’re still searching for the high that was “Murder on the Orient Express”. I know that that Kenneth Branagh vehicle got very mixed reviews but, for us, it was a really great family film.

More cultural adventures to come. Be still my beating heart.