This is belated but, better late than never. The boys dressed up for school. They have a theme by class. Michael’s class theme was Coraline. 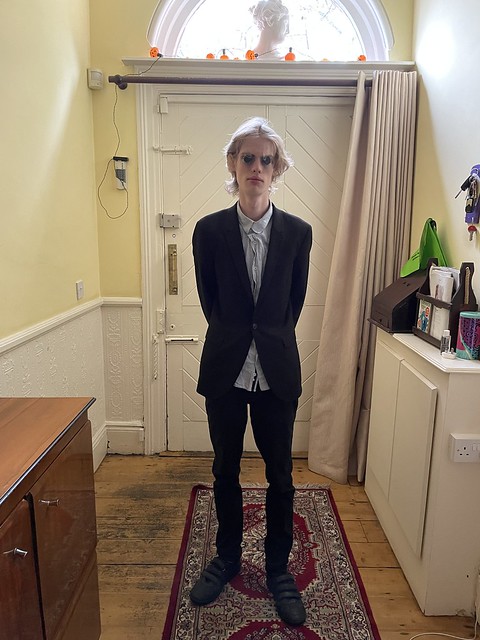 Daniel’s class theme was bald people. He went as Walter White from Breaking Bad. He borrowed some clothes from his father. The bald head was applied in school. I showed the picture to the cousins and asked “Who has Dan dressed up as for Halloween?” “His father?” they said after a pause. Disturbing in its own way. 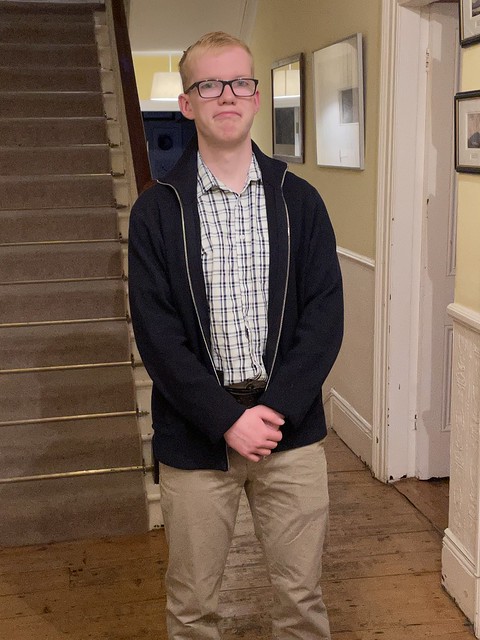 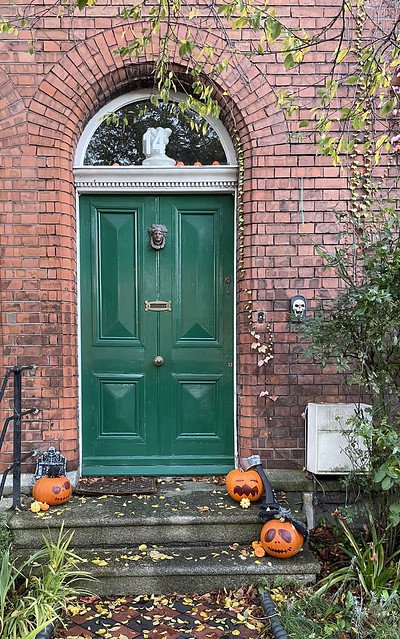 Largely unrelated, the boys had to wear weird shoes to school for some charity. I felt that Michael triumphed with this sock over shoe number which survived the day surprisingly well. 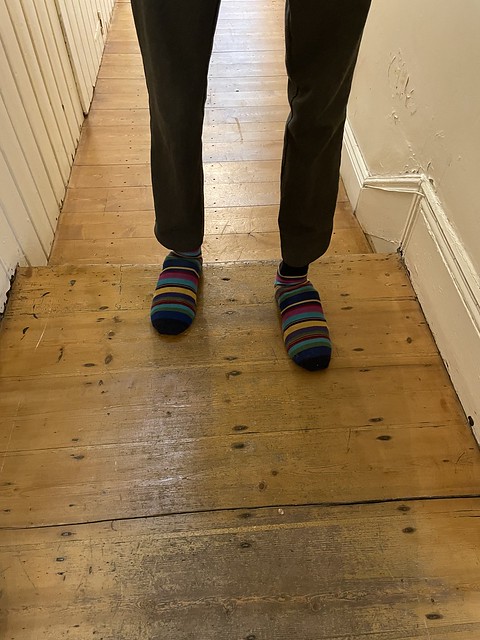 I note that this picture gives depressing confirmation to my belief that the floors need to be re-sanded and varnished and the walls repainted. As my father used to say: houses are nothing but trouble.