This morning, Mr. Waffle disposed of two partially disembowelled mice, one from the utility room and one from the kitchen. Then he whooshed the indignant cat away from the pile of her vomit by the back door. It contained visible mouse entrails and her previous night’s dinner and she was busy re-consuming it.

I will leave you with that image. You’re welcome. 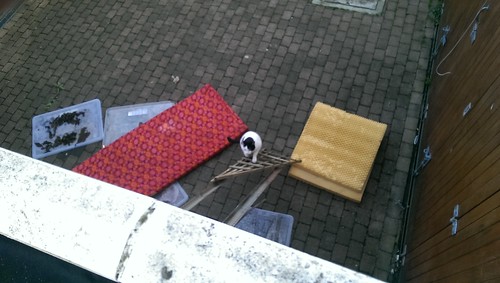 On Wednesday night I came in late. Daniel had made cheesy shapes in the afternoon and one of them was lying on the kitchen floor. I picked it up, blew on it and ate it. I did have some qualms but, you know, the floor was clean, I had blown on it [protection against all known germs], I was hungry and otherwise the cheesy shape would have gone in the bin. I noticed it seemed to have lost its cheese on the way to the floor and was mostly cheese flavoured dough.

I came back to the kitchen ten minutes later and there was another cheesy shape on the floor without its cheese. How could this be? Everyone was in bed. Who could have taken a cheesy shape from the plate on the counter, put it on the floor and eaten off all the cheese? That’s when I realised I had shared the previous cheesy shape with the cat. I put the next one in the bin.

I live close to town and I usually cycle in, if I have errands to run. Last week, the children did summer camps in town and I drove them in. Then I was kind of stuck with the car in town and found myself driving around doing errands which never normally happens. It is really inconvenient and expensive to boot. I did drive home one day and cycle back in to collect the children but that was not a success as they were hot, tired and hungry and did not welcome the walk home. It’s really too dangerous for them to cycle with me, so we were stuck.

It would be so fantastic if we could have safer cycle lanes in Dublin. If they can do it in Cork, surely they can do it here. Perhaps we need our own pedal on parliament.

Unrelated: The cat has just hauled in a dead bird – delighted with herself. Mr. Waffle and the Princess are out bat watching so I have just had to dispose of the carcase myself. Woe. 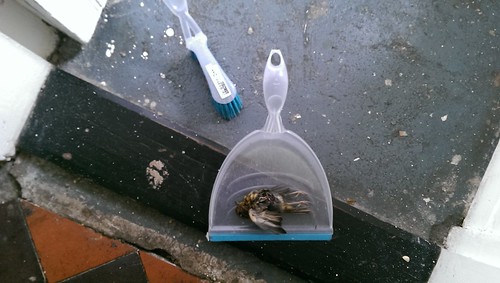 Did I mention that the cat tends to curl up on Michael’s bed during the evening? At night we put her in the utility room as, if we left her the freedom of the house, she would begin yowling for food outside our door at 4 a.m. She doesn’t like the utility room despite its comforts which include a rug, an armchair and ready access to the outside world via her cat flap. She has to be lured in. I am usually last to bed. I go into the kitchen and open the cupboard under the sink where the dry cat food is kept and, usually, before I have closed the cupboard she comes streaking into the kitchen from upstairs at a speed that is surprising in one so portly. Her hearing is amazing.

Unrelated (though cat related, stay with me here). I was cycling down the lane the other day and a neighbour whom I don’t know was at his garage with a small, yappy dog which came up and barked at me and generally held me at bay. I waited for the neighbour to come and rescue me, which he did, “She’s all bark and no bite,” he said scooping her up under his arm. “She’s terrified of your cat, actually.” It appears that Hodge has been wandering around the neighbourhood terrifying local dogs. In this particular case, the neighbour had come home one evening to hear his dog going ballistic in the hall. When he went in it was to discover that Hodge had let herself in through their dog flap and was lolling on the landing watching the dog racing up and down the hall barking while being too scared to go and tackle her. Oh mortification.