This year he has brought us a four day weekend and, honestly, nothing could be more welcome.

Poor Daniel is sick though recovering. A negative Covid test but a bit miserable all the same. Mr. Waffle, Michael and I turned up for 11.30 mass in our local church only to discover that masses were at weekday rather than Sunday times. Mass was over. Alas. Michael rejoiced, naturally.

Trying to find out where to get a 12.00 mass in Dublin is very difficult. The archdiocese categorises by church and while I can see that might be handy in a general way, it was not useful on this occasion. I found an excellent English website which listed all the masses in Dublin by time and then by location. Not so godless after all, it appears. Anyway we went in to town to the church in Whitefriar street to find them locking the gates against us. No 12 o’clock mass. We actually tried to visit the other week to take in its shrine to St. Valentine and relics and the door was briskly (and I felt slightly gleefully) shut against us by the same man. The house of the Lord is always open indeed. Mind you we had had to skirt the parade to get there and even at that early hour, not all of the parade goers seemed sober. So perhaps a wise precaution on balance. We eventually got 12.30 mass in St. Theresa’s on Clarendon street where they had gone all out with the music and had a lovely solo singer and all manner of musical instruments including perhaps bagpipes? Anyway they played us out to the quintessential St. Patrick’s day hymn, “Hail Glorious St. Patrick” very nicely done.

Mr. Waffle and I tried to get home and around the parade but to no real avail so eventually we gave it up as a bad job and watched a bit of the parade. Views were poor but I love to see people leaning out of the windows upstairs in city centre buildings (it reminds me of this picture): 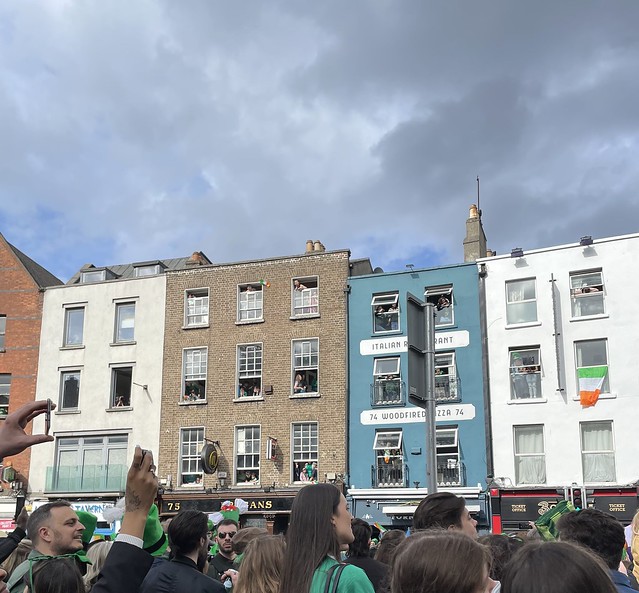 Then we had lunch in town and went home about 3 before it all became a bit too raucous. A lot of people waving Ukrainian flags as well as Irish ones and the authorities had bedecked the city in both. This chimes with our official St. Patrick’s day message which focuses on Ukraine.

In unrelated news, I found where all the jam jars in the utility room have disappeared to; they’re hidden in the shed. Our facilities for summer jam and jelly making are intact. And the way things are going, we might need them. 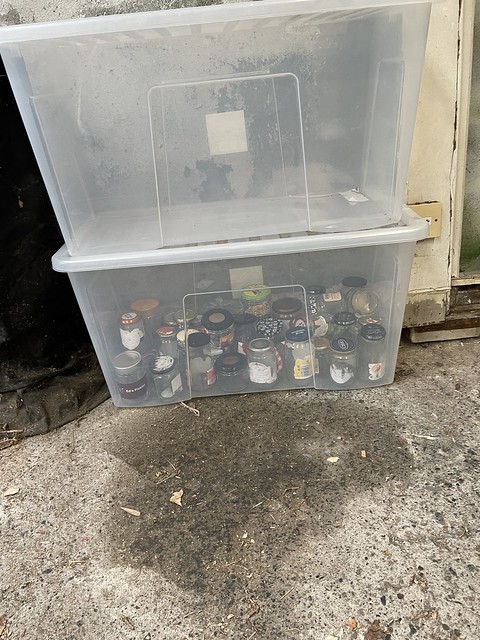 Finally Aunt is still in hospital, seems to be reasonably well but the hospital is now closed to visitors due to surging Covid cases. It hasn’t gone away, I suppose although there was nary a mask to be seen in town today. Another colleague tested positive yesterday but I am now much less unnerved by this than I used to be. I wonder is that entirely a good thing.

The neighbours are away and we are feeding their hens. One of the hens has to be given an antibiotic for a ghastly growth on her eye. You haven’t lived until you have chased a hen round the back garden and forced a syringe full of antibiotics down its unwilling beak while your husband attempts to keep it calm. A refreshing start to any day. Thank God the neighbours are back soon. As Mr. Waffle said, “Quite traumatic and probably not much fun for the hen either.”

I am 53 today. I have had a very satisfactory birthday. My loving family delivered on the present front. I got amazing home made cards from the boys; I spoke to herself in far off England. I got lots of flowers, cards and good wishes. I had birthday cake. Mr. Waffle and I went to Glendalough and it did not rain on us. 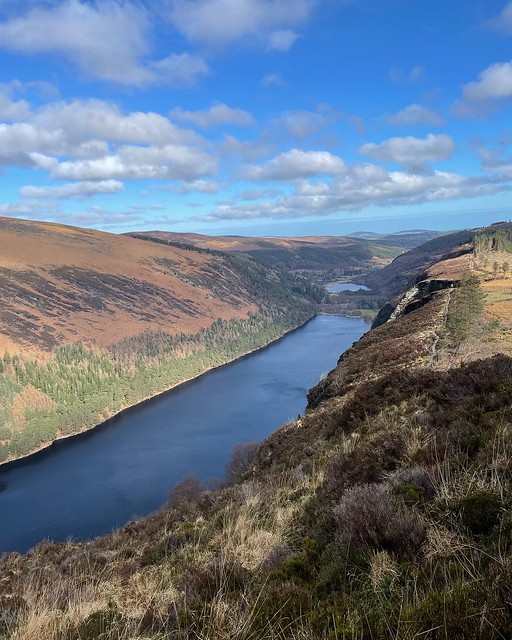 Unfortunately, as I tramped around the mountains on my delightful day off not one but two of my staff texted me to say that they had tested positive for Covid. As I had them in my office several times over the course of the last few days, I fear the worst. I feel fine so far though and I am double vaccinated and boosted. Let’s hope for the best.

We had no electricity for a full day the weekend before last. Very challenging. They laughed at me when I said that we needed candles in stock. They’re not laughing now. The boys spent the afternoon playing card games by candle light with my sister’s partner. And we went out to dinner.

This was the scene at 9 on Saturday night when we went to bed. 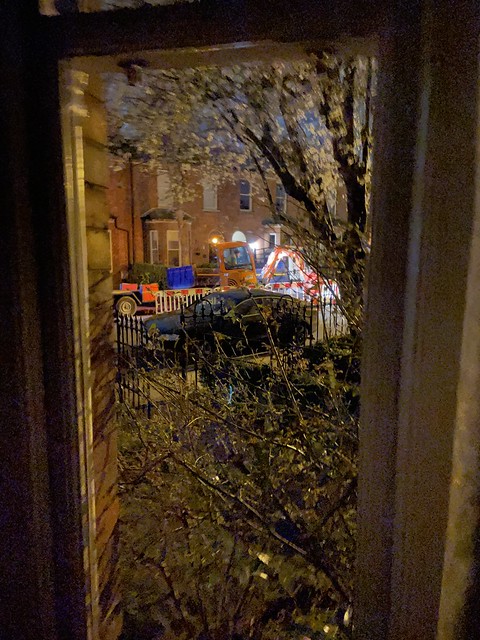 There was great rejoicing when it came back on and we spent all day Sunday being grateful for electricity and heat (the Aga was still blaring out heat and we lit a fire but the central heating was not working) but we’re back to our usual blasé selves now. Our agony was made worse by the fact that it was only some houses on the street were affected and our neighbours on either side had light and heat.

We went to see the newly opened Custom House Museum which is mildly interesting. It was nice to wander around the building and have its history explained but not fascinating now. It was free as their card machine was broken. We take our wins where we can. 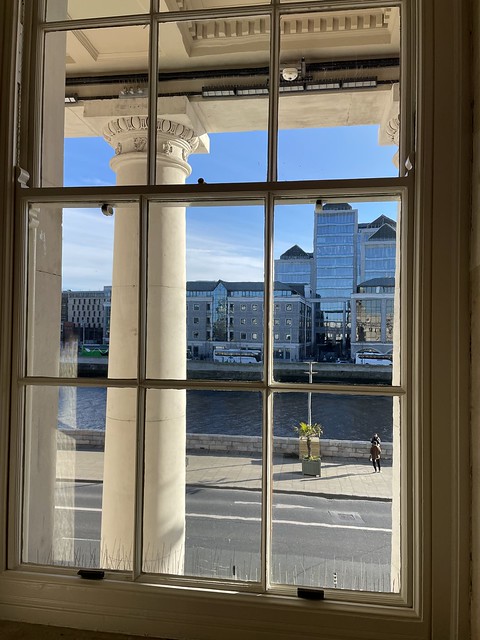 Daniel read at mass today – really good, in fairness to him. This afternoon, Mr. Waffle and I took a ride on our bikes in the park and spared the boys. Michael stayed contentedly at home and Daniel went to watch his hurling team (he can’t play at the moment due to his shoulder injury). 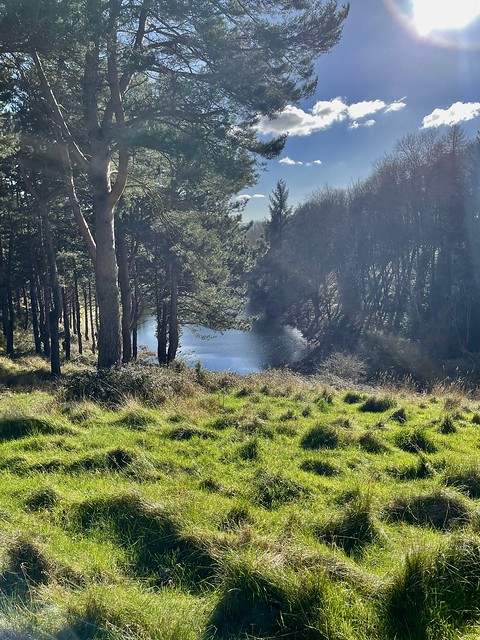 Mr. Waffle and I went out to see a film the other night. As I was leaving the office, one of my colleagues asked me what I was going to see and I started, “My neighbour is a documentary film maker…” but was unable to get any further due to the gales of laughter that met this pronouncement. Anyhow, despite fears to the contrary (including, to be honest, mine) the film was very good, if a little long.

We’d left the boys with cash at home to buy revolting pizza from Domino’s which is inexplicably popular with them. When we got home at 9 there was no sign of the pizza which was ordered some time earlier. I rang the shop.

Me: I was just wondering where our order was.

Domino’s Man: Oh, I hate to say this, it’s out with our slowest driver.

Me: Any idea when it will arrive?

Him: Could be tomorrow to be honest. It’ll probably be cold too.

It came at 9.40. It was cold. To be fair, they offered to sort us, if it was cold when we got it but at that point we couldn’t face waiting for another order.

We had my brother up to stay last weekend and my sister came to visit yesterday. There’s no two ways about it even though we drive each other crazy sometimes – mostly? – there is nothing like a sibling. It was lovely to see them both. We went bowling with my brother and he won comfortably. A misspent youth, clearly. 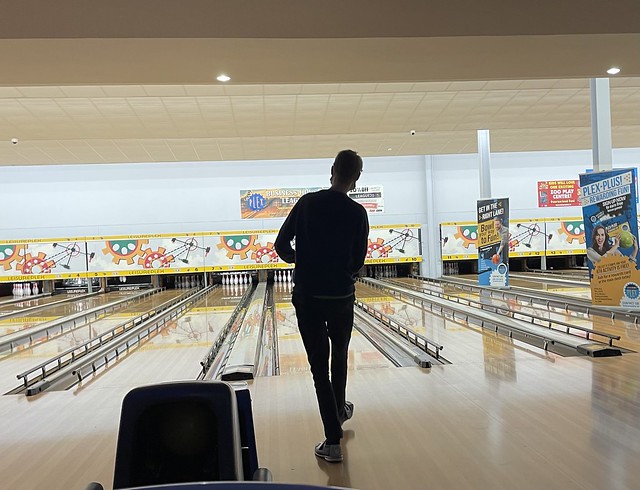 Mr. Waffle and I attempted a cultural adventure last weekend but were refused entry to St Patrick’s cathedral on the grounds that evensong was on. “But it’s only 3.15,” I yelped. “It’s Protestant, you know,” said the security man slightly patronisingly. “But it’s nowhere near evening,” I said. He looked at me pityingly. “Let’s go to Marsh’s Library instead,” I said to Mr. Waffle. “That’s closed too,” said Mr. Annoying Security Guy.

We had a browse in the outdoor book fair in the park beside the Cathedral and bought two books (do we need more books? NO!). Then we went on to Bewley’s where we waited 15 minutes to be seated for tea, with Mr. Waffle chomping at the bit; he is not patient. As the young woman led us to our table she asked, “Have you been to Bewley’s before?” Mr. Waffle confided to me that he was very tempted to say to her, “I’ve been coming here since before you were born.” But he managed to stop himself which is just as well.

Today we went up to the Hellfire club which is a very modest walk in the Dublin mountains close to the city. It didn’t rain on us. A win. 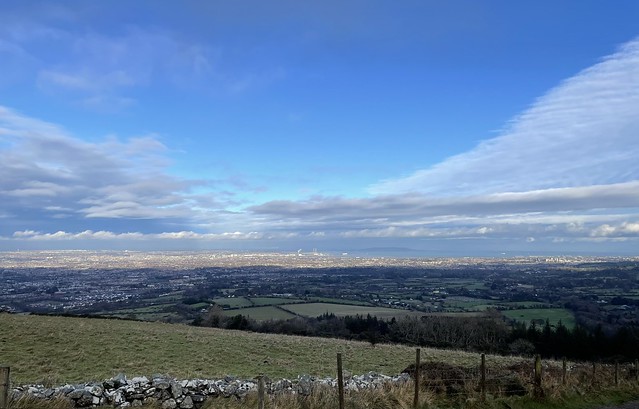 We booked our summer holiday this evening which took a great deal out of both of us but it is done. Let us hope that we will be able to enjoy it in due course.