This is a bit belated but, you know, better late than never and so on.

Herself went on a school tour. Day 1 saw them assembling at Dublin airport at 4 in the morning; flying to Beauvais with Ryanair at 6; getting on a bus to Flanders and doing a tour of first world war sites ending with the last post at the Menin Gate at 7 that evening. The next day they got on the bus to Paris and then spent that day and the following day exploring all (and I mean all) that the French capital had to offer including Kentucky Fried Chicken. The last day was spent in Eurodisney. I had an animated discussion with her before she left on the importance of bringing a coat to Flanders in February; something she deemed unnecessary. It was, therefore, with some chagrin that I noted from a photo on the school’s twitter account (my source of all information and a fifth columnist as far as my daughter is concerned), that one of the happy group photographed outside the Eiffel tower was not wearing a coat. “It was fine,” said my frozen daughter, “my friend N was able to lend me a coat.” “Clearly she has a better mother,” I said. “It’s not a competition, Mum,” she said. “Everything’s a competition,” I replied. It’s a good job her father’s a hippy who seemed pretty relaxed about the whole coat thing. “She’ll know next time,” he said. I suppose that this approach has its merits.

While herself was off gallivanting, the boys and I went to Cork for a couple of days. We had our statutory trip to Charles Fort (I have a family heritage card and everyone must suffer) and the Bulman which passed off peacefully except for a terrifying half hour in which we thought Michael had lost one of the gloves he has had since we lived in Belgium (the world’s most nostalgic child was not pleased). Happily, it turned up in Dublin. 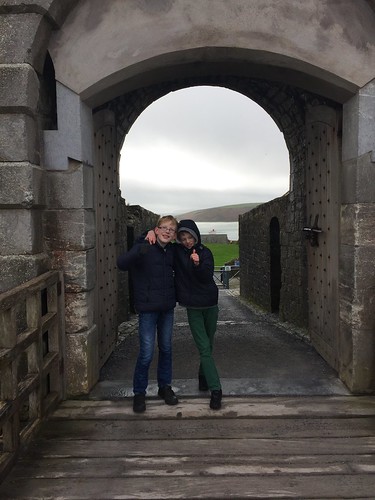 Michael, contemplating the prospect of the lost glove: 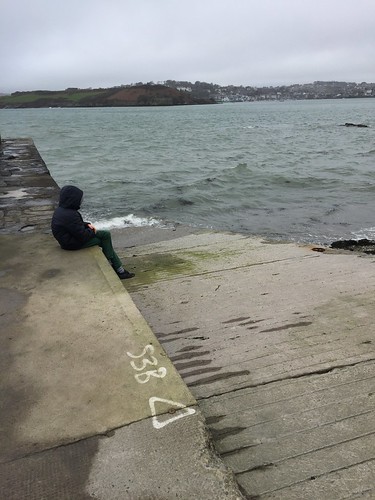 During the week Mr. Waffle and I also took the boys out to Dalkey castle (in Dublin). The castle do a really terrific tour with actors. We were the only people there so we got full value although, alas, I feel the boys are getting a bit old for it. 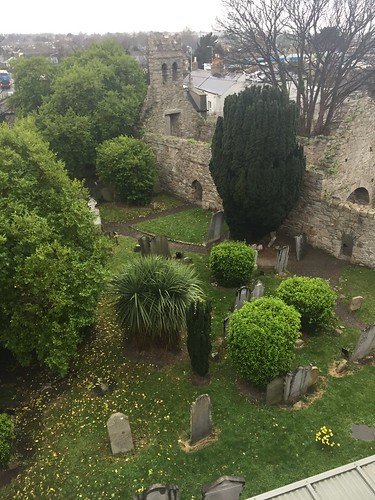 Though, arguably, you are never too old for stocks. 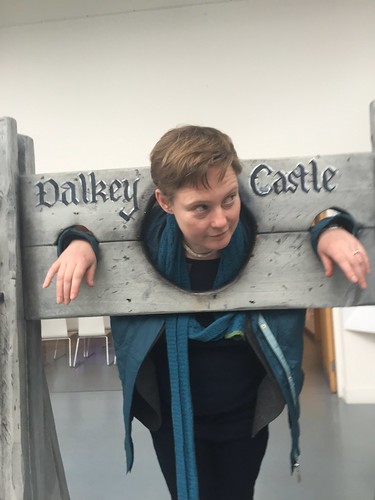 We also went to the (still newish) library in Dun Laoghaire – we were going to walk on the pier but it was lashing and this was plan B. The library is a beautiful, very big building with spectacular views over the harbour and loads of comfortable seats. Disappointingly though, it doesn’t seem to have more stock than our local (much less architecturally impressive) library. It has the same volume of books, just much, much more spread out. As Mr. Waffle said, it’s like a very expensive shoe shop. As he trekked around the shelves, Michael suggested that it might have been designed by people who were good at buildings but hadn’t spent all that much time browsing in libraries. It does have a very interesting local studies collection on the top floor and it was also sporting a very poorly advertised, small, though interesting, exhibition on visitors’ views on Ireland over the last couple of hundred years. So, using some of the space usefully, it must be conceded.

Mr. Waffle was home with the boys a bit and took them to IKEA to source a desk and bed for Michael. I emailed Mr. Waffle to ask how he was getting on. He replied:

We’re just finishing our lunch before we plunge into the Mælstrøm (designed to match the Ångst).