The forecast for Saturday was much better than the forecast for Friday. So that you can avoid the suspense which we enjoyed, I’ll tell you now, it lied.

We went halfway up Slieve Donard. The mountain, I am sure, looms impressively most of the time but on Saturday morning it was pretty much invisible in the fog/cloud cover. We went up by the mountain stream which was actually lovely and pretty dry under the trees considering how hard it was raining. I forgot my phone so we only have our memories and the much less satisfactory photos I took on my daughter’s phone. It was nice, you’ll have to trust me here. Michael continued to complain of a headache and pointed out that I was making him climb a mountain with possible concussion. Think of that as the bass note on which the musical arrangement of the weekend was built. We spent some time as we climbed talking about “The Famous Five”. “I was always Anne,” I sighed “because my name was Anne and my friend wanted to be George and she was older.” “You could have been one of the boys,” herself pointed out. “It never occurred to me,” I said. She was shocked to the core of her being. We distributed the characters to each family member based on his/her characteristics. In the new dispensation, I got to be Timmy the dog. I am not sure that this is an improvement on Anne, to be honest.

Herself beguiled the walk by plying us with questions on what would happen if one stateless person killed another stateless person on a lilo that drifted into international waters. I am not really sure but I do feel that she has a future in setting examination papers. I was vividly and unhappily reminded of my summer examinations in 1988. At the end of the woods, we gave up and turned back. It was just miserable. In fairness to them the children were remarkably cheerful. We had started out with a promise that we would go to Maud’s for lunch and the library across the road after and that seemed to keep them going. Magic Maud’s did the trick again and the library had different stock from our local one and although Michael couldn’t read properly because the words were blurry (concussion, allegedly), they were all quite pleased. I walked back to the house to get my phone as I was utterly bereft without it. Don’t judge. Mr. Waffle said that he had parked us poised for take off and we would not be passing the house. For a place with, essentially, only two streets, it is surprisingly easy to get trapped forever in the one ways of Newcastle, so rather than risk driving, I strolled back. It wasn’t very far and I got to check out the local shops (traditional) and pass Schloss Lidl which has mild entertainment value. 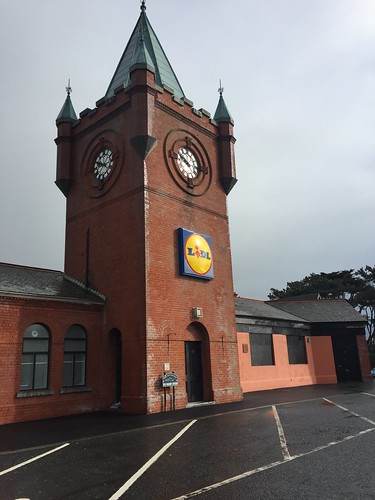 Happily, at the house, there was a man loading the tank with oil. He had a very strong northern accent and, being from the opposite end of the country, I had no idea what he was asking me but I nodded enthusiastically and it must have worked because that evening the heat was restored.

Fortified and slightly dried out, we drove out to Silent Valley. Mr. Waffle navigated and the sun almost came out and there were beautiful views. “Look, look,” I said to the children. “I have one question,” said Michael gloomily, “Why did we let Timmy the dog drive the car?” Woof.

Silent Valley is where they built the reservoir for Belfast in the 20s and it is a bit creepy in its manicured beauty. It stopped raining for a good while which made a welcome change. 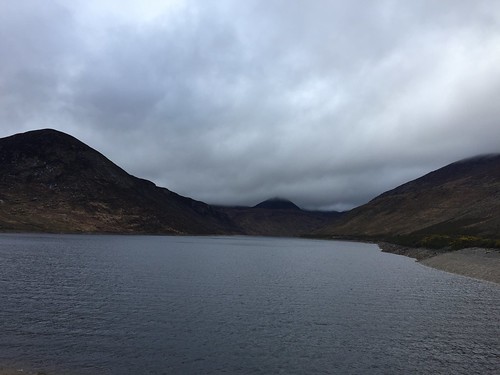 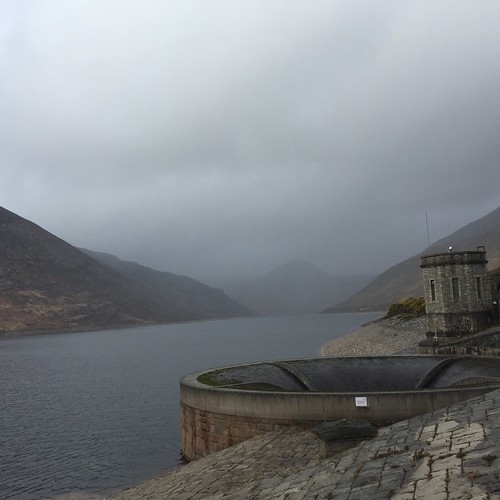 After this, we explored what the children had been looking forward to all day. The women in the tourist office had told us about a “magic road”. It’s one of those roads where it feels like you are going uphill but you are in fact going downhill. It is true. The road looked uphill and it definitely felt like we were sliding uphill but, obviously, we weren’t. We were fascinated. It’s a slip road, just after Spelga Dam leading to a closed gate if you are ever in the area, well worth a look. Not unknown either, there was a car there experimenting when we arrived and a minibus patiently waited for us to finish our experimentation and bring down the only tourists we saw during our trip.

After that highlight, it was back to our newly toasty house. Had it been fine the next day, I might have been tempted to stay a bit longer but it was lashing again on Sunday so we decided to head back to Dublin. It was Mr. Waffle’s birthday and we gave him some token offerings and then headed off to Dublin. On the way, as it was his birthday, we gave him a chance to inspect one of the old border crossings.

Observe the difference in tarmac types and the change in hard shoulder markings. 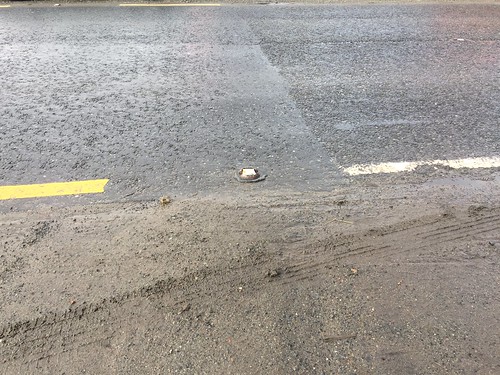 That’s it at the moment but, of course, the newspapers are full of how Brexit may bring back a hard border. We all stood and stared at it for a bit, except for Michael who thought we were nuts and stayed in the car. A woman was parked across the road and got out of her car and came across to us. It turned out she was a photographer for a Swedish paper and they were doing an article on Brexit and Northern Ireland. She asked if she could take some photos of the kids looking at the tarmac – seemed less than fascinating but we said fine. We could be big in Sweden in the next couple of weeks.

We were back in Dublin by lunchtime and poor Mr. Waffle sloped off to the office for the remainder of his birthday. Alas. Overall though, despite an inauspicious beginning another successful trip to Northern Ireland. If you haven’t been there, you should go it is delightful. Yes really.