The coda to our logistics last week was getting Herself back to France. She was due to fly out at 9.50 on Wednesday morning. Alas, I did not see some form online which was supposed to be filled in for under 16s [Air France didn’t need one but Aer Lingus did – I know, I know, when you’re explaining you’re losing] and she was thrown off on the steps of the plane. Mr. Waffle had to zoom back to the airport and re-book her for a later flight and then we needed to re-book her train from Charles de Gaulle to the west of France. It was all a bit stressful. She is Miss Super Competent in fairness to her. She got on the plane in Dublin and from there, unaccompanied, navigated her way to the train station in CDG and on to the express train back to her host family in the west of France.

Poor Mr. Waffle meanwhile spent the morning in the airport (unexpectedly, obviously) and then came home to find that the wretched cat had captured a blackbird and brought it into the kitchen. Mr. Waffle arrived home to a storm of feathers and the bird standing dazedly on the work surface between attempts to hurl itself out the closed window. The cat was pacing the floor frantically some dimly understood precept (or possibly her vast bulk) preventing her from hopping up on to the work surface. Mr. Waffle threw her into the utility room and ushered the bird into the garden. The cat got out the cat flap in the utility room and was waiting anxiously for them at the back door so that escape plan was not entirely successful. The bird got out eventually and we are still finding feathers in surprising places. Joy.

Meanwhile it was Halloween in Dublin and for the first time since moving in, our decorations beat next door’s. It could be that now that their children are 19 and 17 they are not trying so hard but I like to think that we really tried. The boys looked very impressive in their costumes but were too sophisticated to go door to door and just wore them for school. 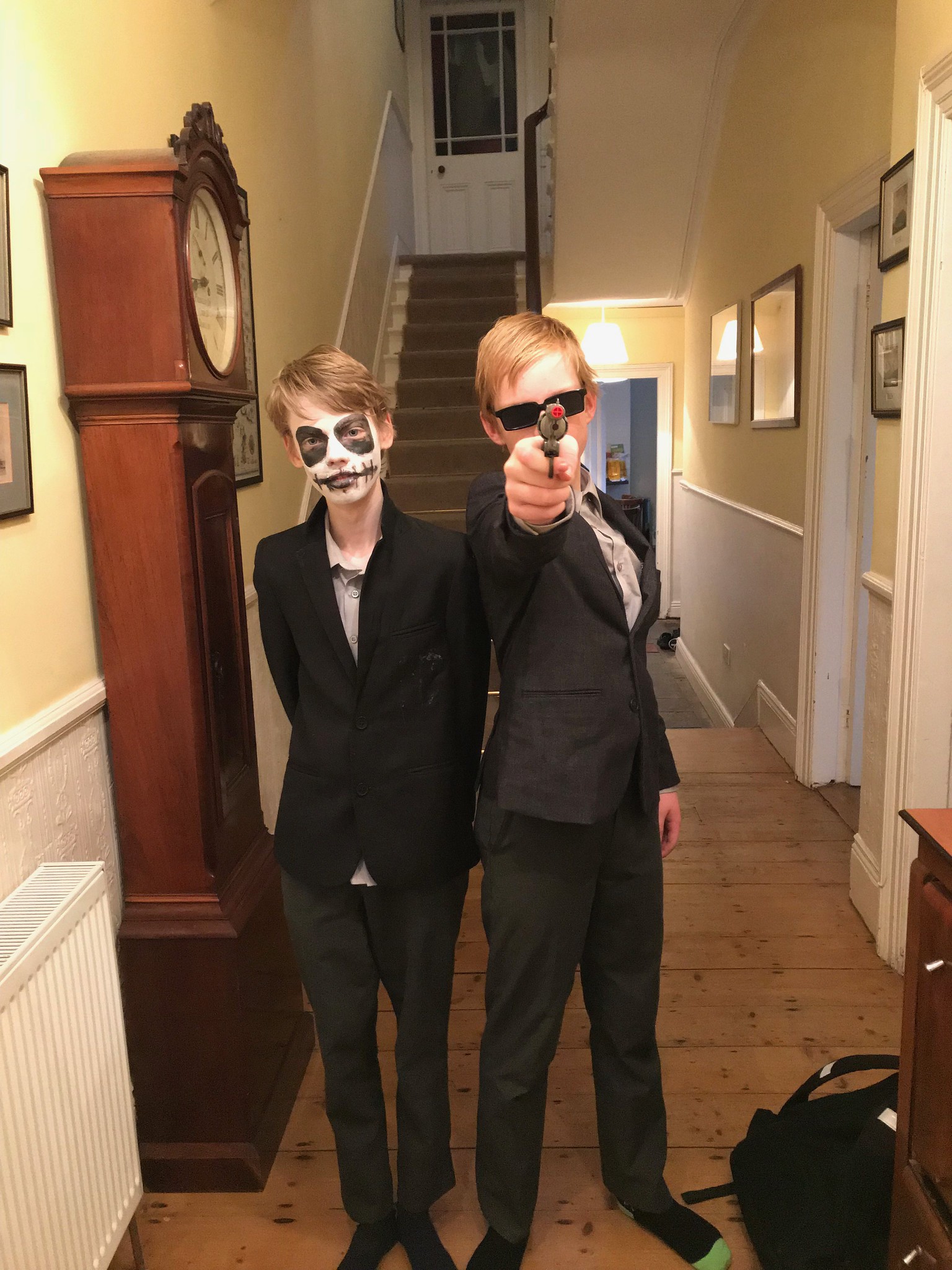 We had planned to go to Cork for a couple of days over mid-term before Mr. Waffle’s father died and I wondered whether we should cancel but after some humming and hawing we went in the end. In a new development, the boys stayed in my parents’ house and Mr. Waffle and I stayed with my sister. This was a very satisfactory development for everyone except, possibly, our host.

We drove down on Thursday night which was a bit of an epic trek but it did mean that we woke up in Cork on Friday morning ready for a day of Cork related fun. In what can only be called the high water mark of family cultural engagement, the boys said that they wanted to go to Charles Fort in Kinsale on Friday, so we did. It was a bit damp but we missed the worst of the rain. On the strength of this, I bought a new family heritage card for €90 which means that we have to go to at least six heritage sites over the next year to break even. I fear the worst. So do the children. 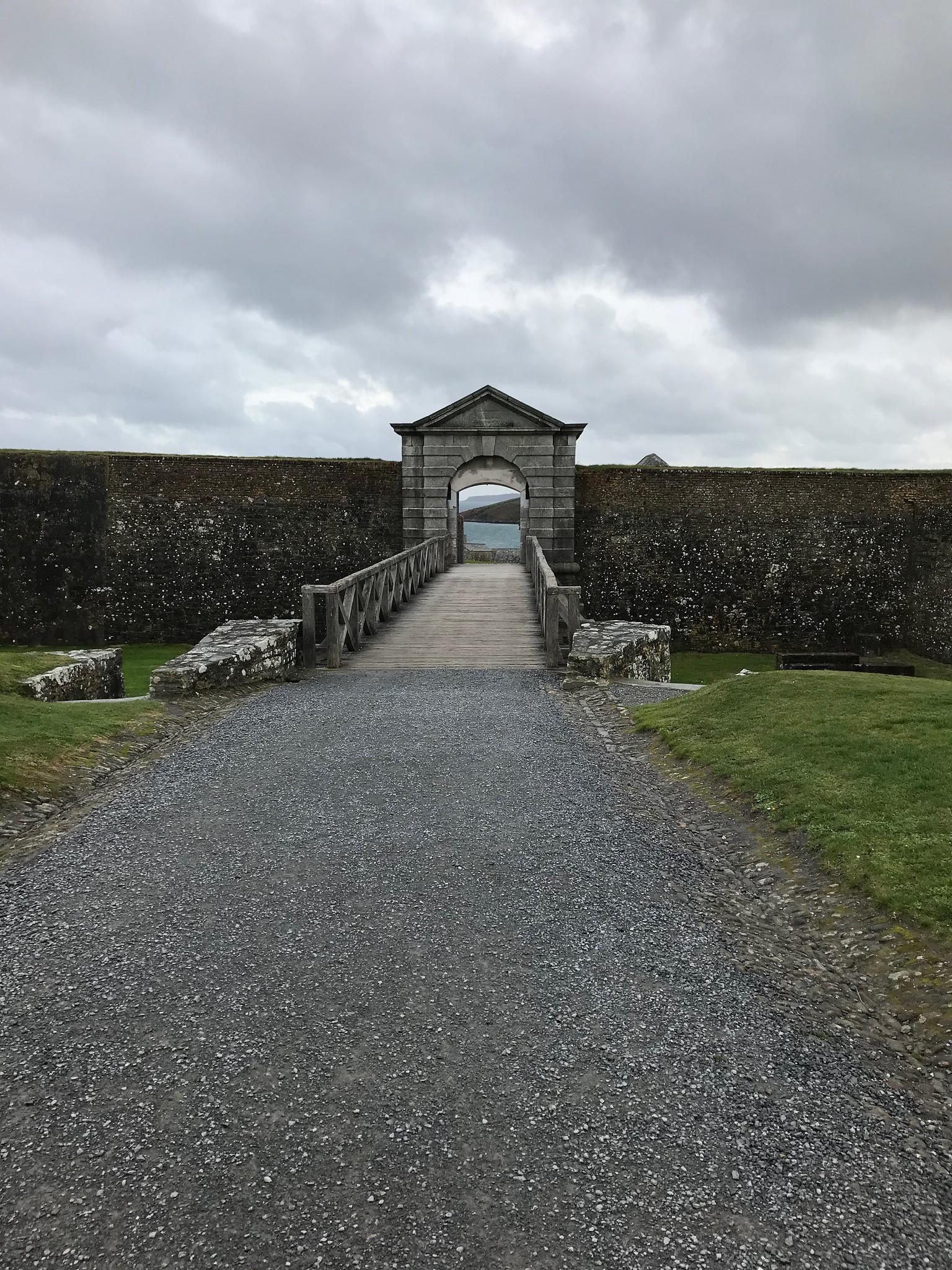 We went for lunch in the Bulman and Daniel took the obligatory before and after pictures of the ketchup bottle to send to his uncle who does not love ketchup. The waitress assured me that ketchup is part vegetable but I am not entirely convinced. 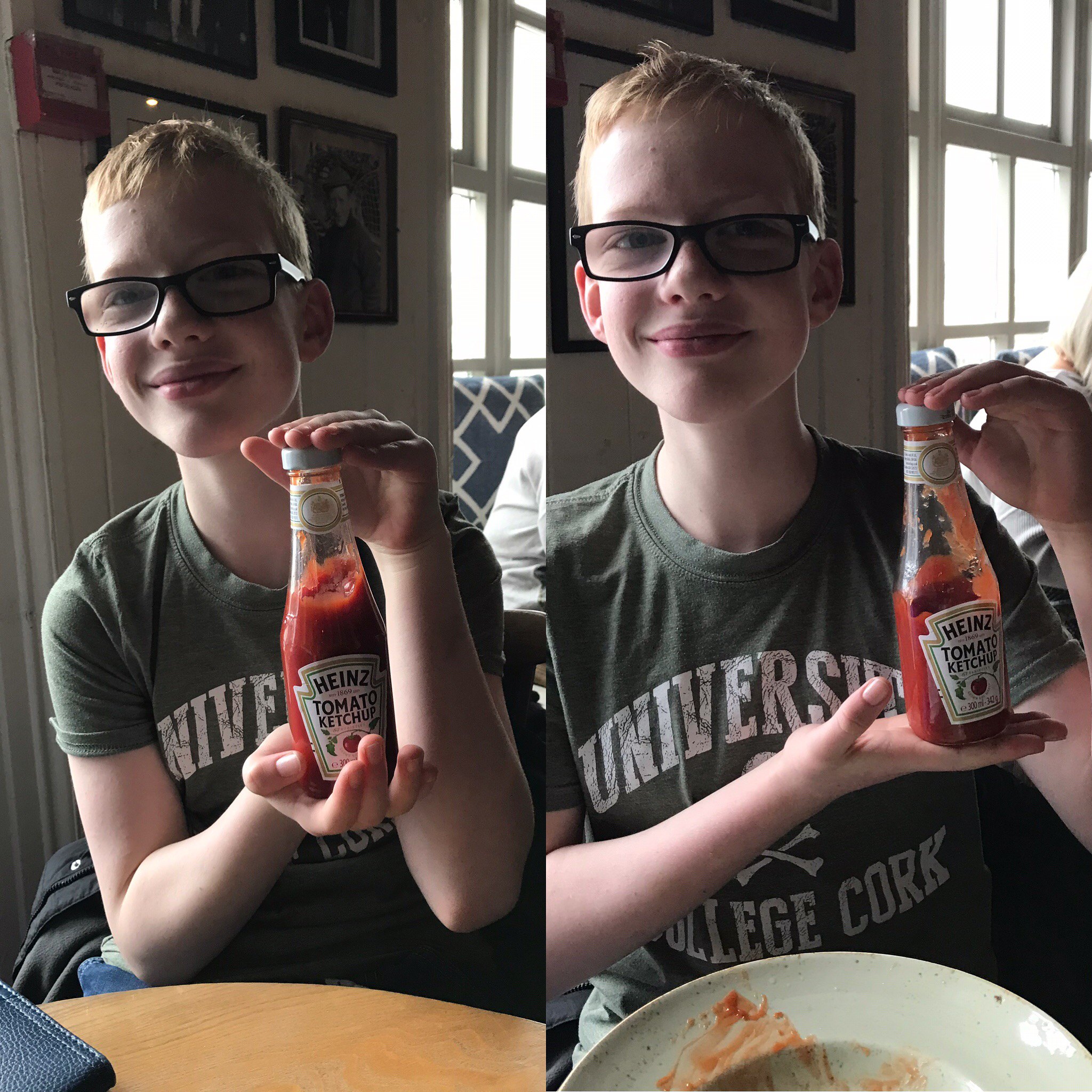 We took the traditional picture at the caution children sign. 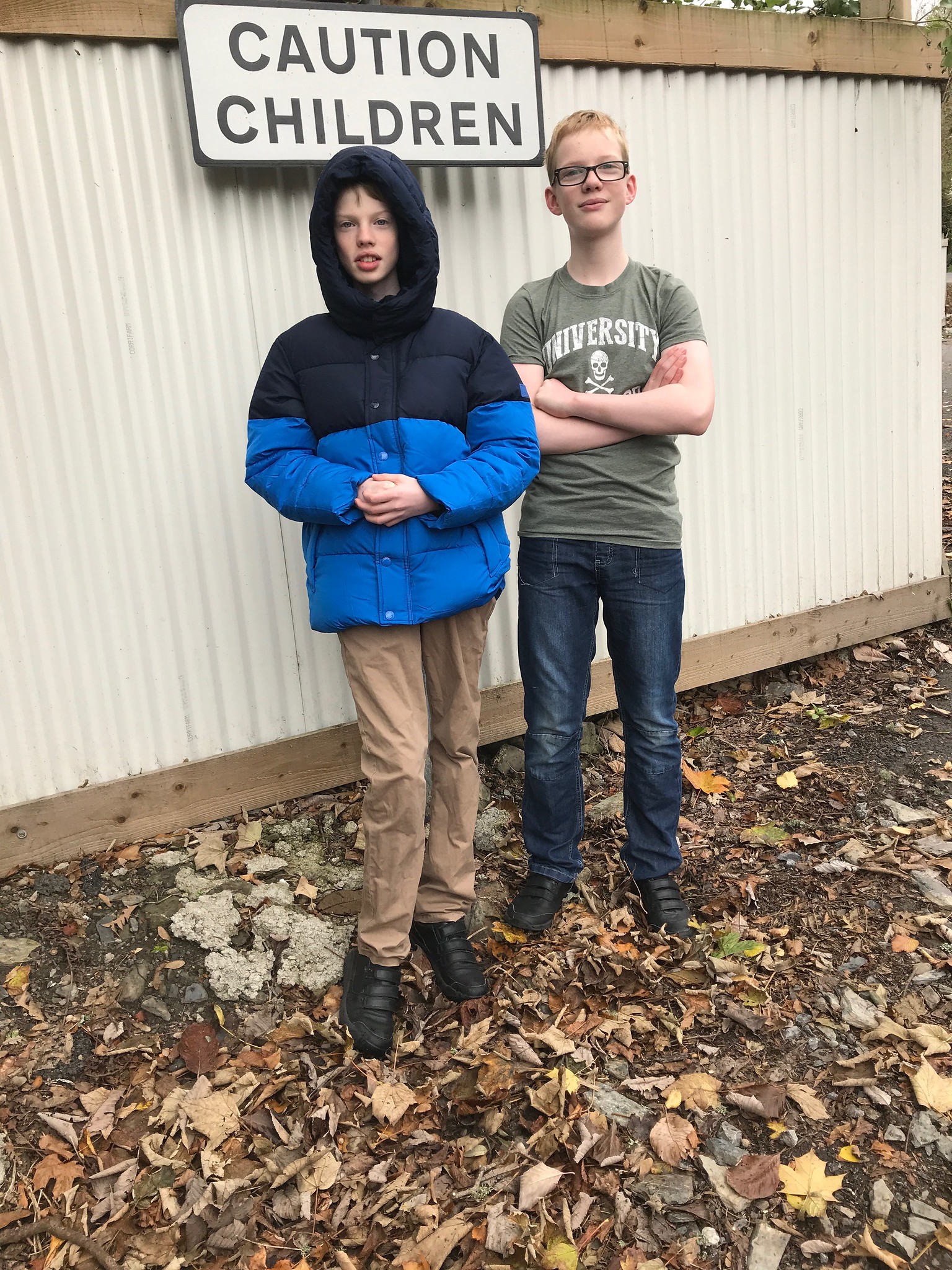 On Saturday, my brother and sister minded the boys for much of the day (including a trip to Milano’s for pizza, let joy be unconfined) leaving myself and Mr. Waffle to our own devices. We were a bit blinded by the unexpected freedom. We went for breakfast and, after a trip to the Crawford gallery and a mild wander around the town in the rain including a look at food fair in the City Hall, we waddled on to lunch. In slight desperation, wondering what to do next, I asked Mr. Waffle to check a list of 17 hidden exciting things to do in Cork he found on the internet. One of them was feed the ducks in the Lough. I mean, I’ve no objection to feeding the ducks but I wouldn’t exactly call it exciting. We had about an hour and a half until Mr. Waffle was meeting a friend for coffee and I almost suggested going home (to be fair, it was lashing) but then I had a mild stroke of inspiration and we went to see Elizabeth Fort and the Protestant cathedral.

Elizabeth Fort boasted mildly exciting views and an air raid shelter which I don’t remember seeing before. It was extremely damp and had a random collection of cold damp objects for viewing including this slightly alarming map. 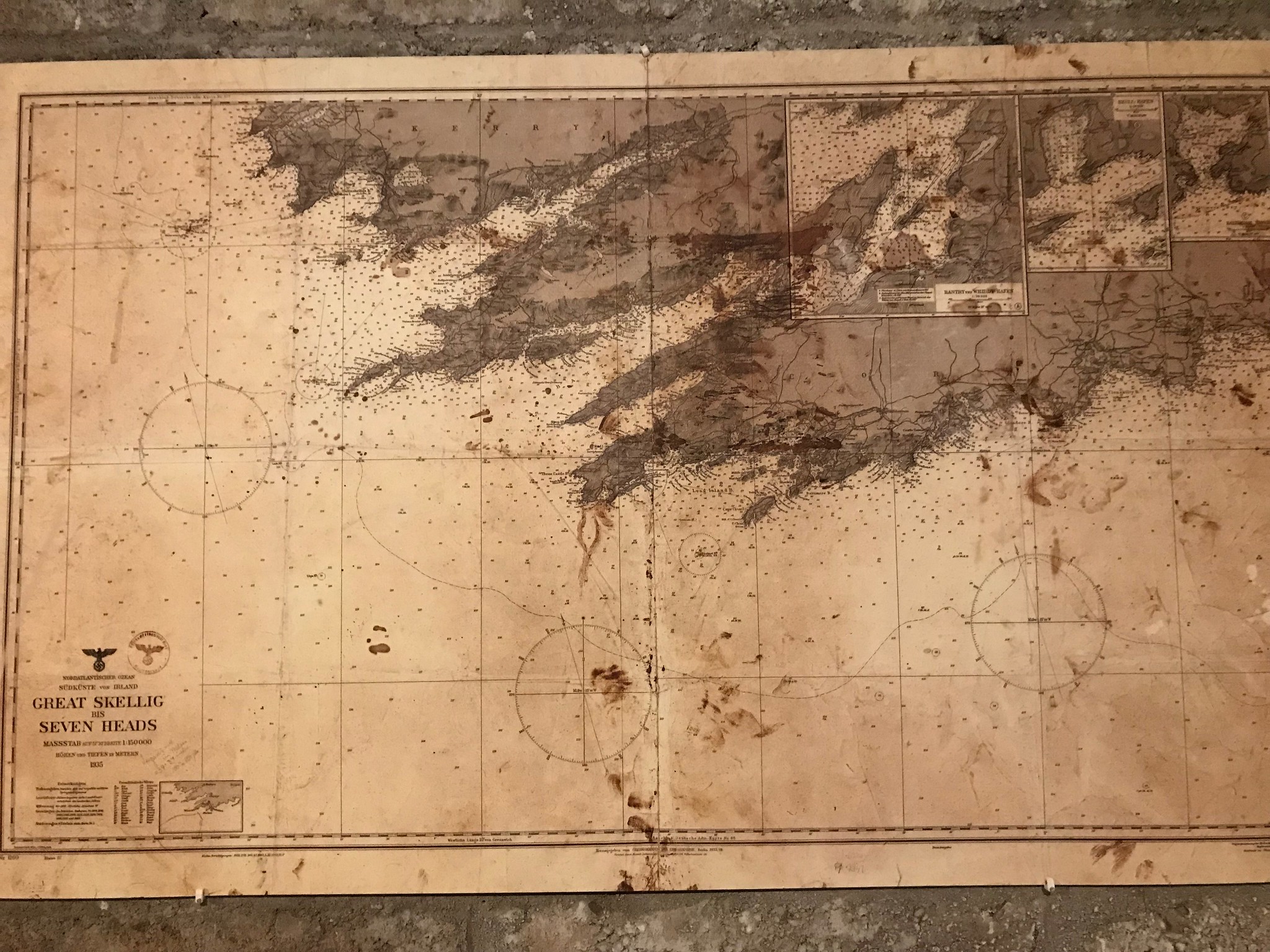 I quite like the cathedral although I am not generally a fan of neo-gothic. Mr. Waffle wondered about the candles and the IHS on the altar. “Maybe they are very high church?” I offered. “Not in Ireland,” he said firmly. He said it was the least Protestant looking Protestant church he had ever been in. I wonder was he misled because Ireland is basically full of 19th century neo-gothic churches that are Catholic and there are inevitable stylistic similarities. It’s a mystery. 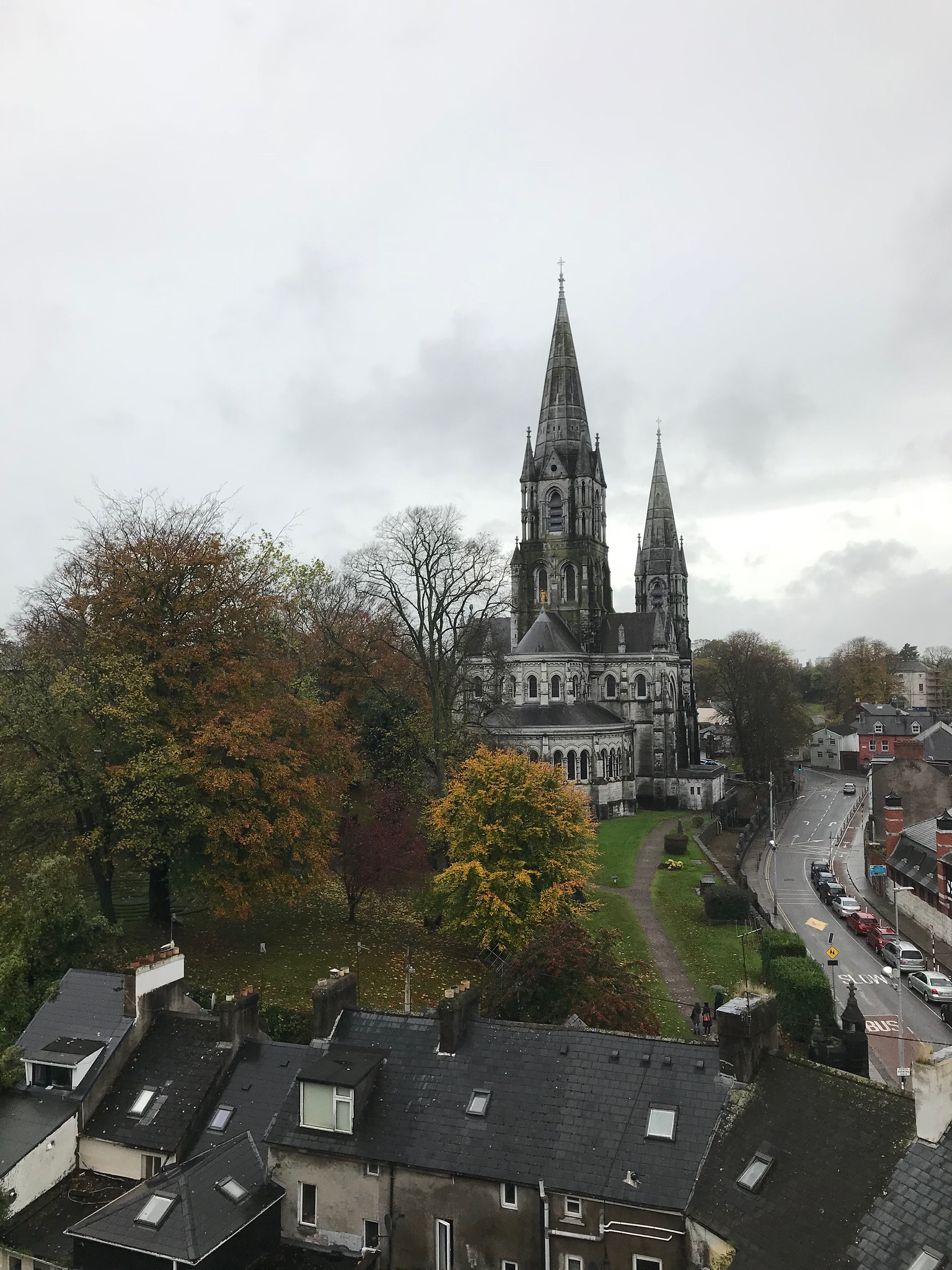 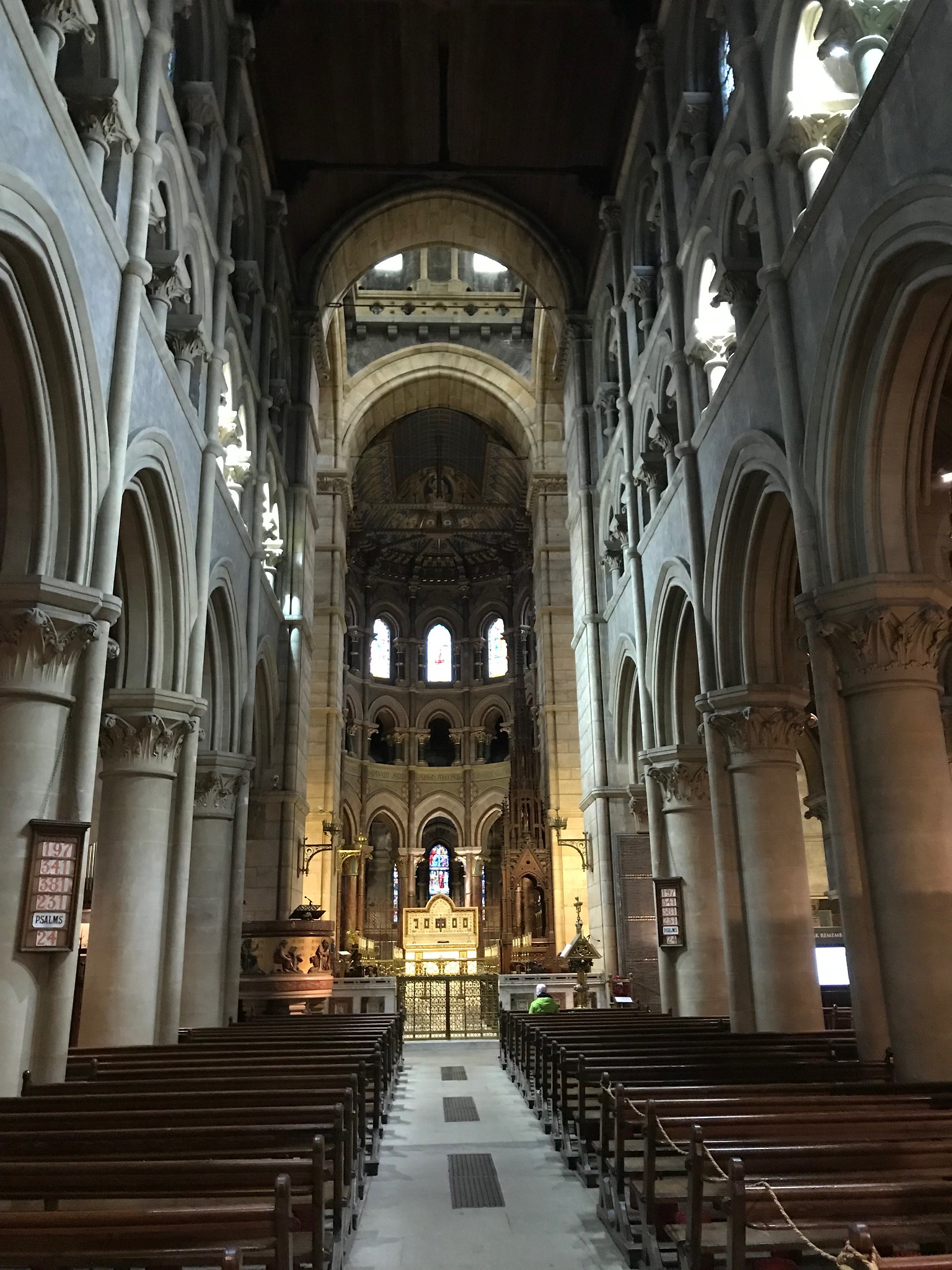 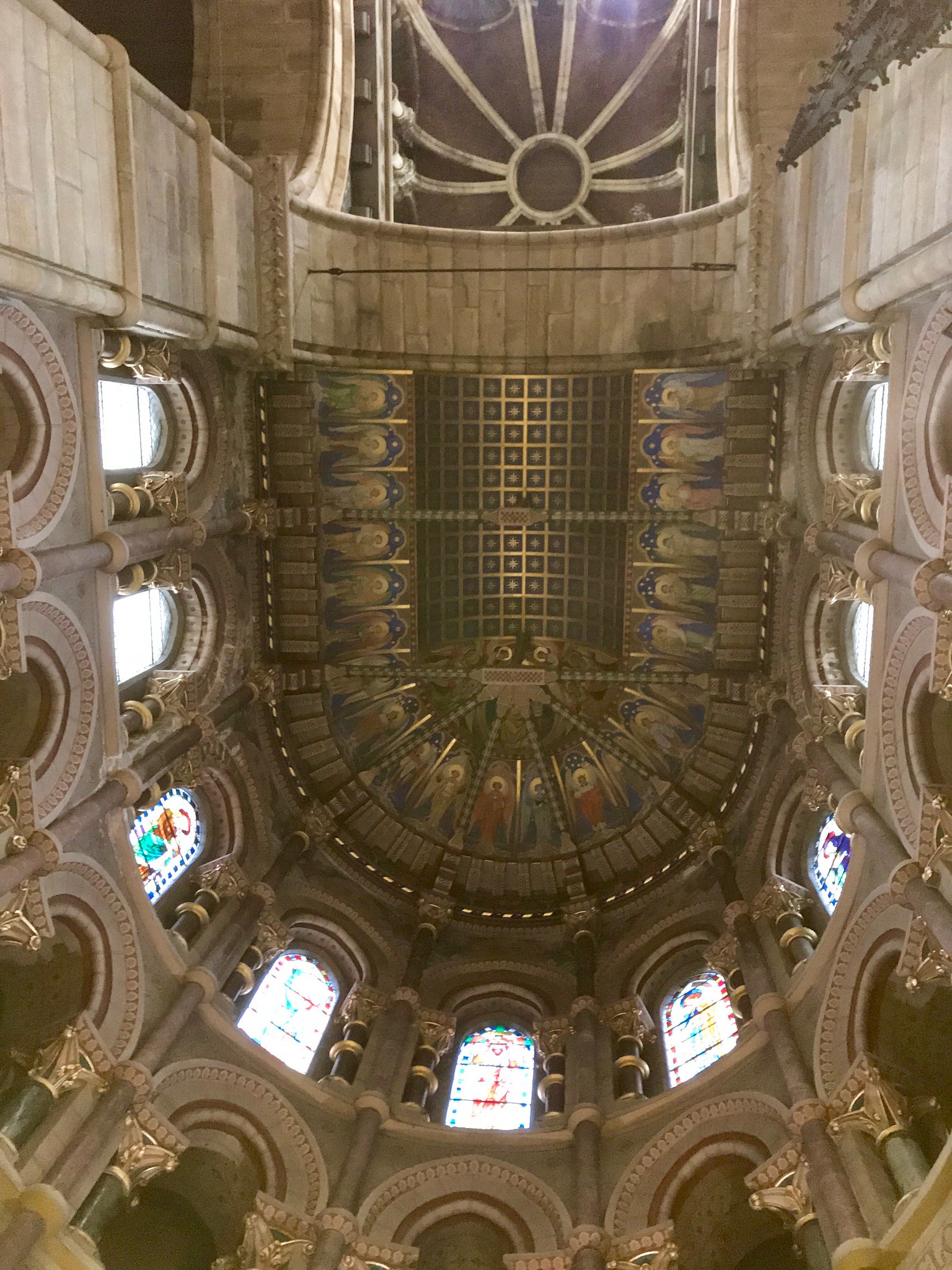 That evening, the boys played board games with my sister and her partner and had a fantastic time.

We drove back on Sunday morning. It was actually a really good idea to go in the end. We all had a lovely time. It turns out that despite the cynical words of my son Michael on another occasion, there is such a thing as fun for all the family.