A friend gave me this to read. I am not a big fan of magical realism and did not enjoy it. She gave it to me in perfect nick and I returned it sodden as I had got caught on the bike in a downpour. I felt very bad, she said graciously, “Never mind, it’s part of the history of the book now.” I liked that very much and it made me feel less of a heel.

“The Second Sleep” by Robert Harris

I’m not a huge Robert Harris fan but I liked the concept here and I thought parts of the execution were clever and it sustained my interest to the end, but I did not love it. It imagines a post-apocalyptic world where they are in a new middle ages about 800 years after the apocalyptic event.

A classic re-read. On re-reading I found Anne Elliot unspeakably irritating. Regrettable but there it is.

I got this for Christmas 2018 and put off reading it as I didn’t think I would like it much but I really enjoyed it and found it a very good read. Preferred it to her husband’s books, I have to say.

Vignettes of the author’s Christmases past. Light reading: mildly entertaining and undemanding. I liked it and occasionally it made me laugh out loud.

“No Coward Soul: A biography of Thekla Beere” by Anna Bryson

This is the story of the first female Secretary General of an Irish government department. She got the job in 1959 and it was, if memory serves, 36 years until the next female SG appeared and there are still only 2 as I write so not a huge improvement. The writing is a bit pedestrian and there is too much about industry and commerce policy in the 1950s and 60s for my liking but it’s an interesting book and she was an interesting person. Maybe not for everyone though.

A page turner and quite well written. It’s about a bunch of people in a spa/retreat each with his or her own secret. Probably too many characters. I did really enjoy the author character though.

I hated this book. It’s not a novel, it’s poetry. That’s fine if you want poetry but it is masquerading under a novelistic form and I did not enjoy that. I must confess that some of the writing is almost eerily beautiful and there were set pieces and lines that made me laugh. It’s largely set in Cork and it is lovely to see my home eloquently described in print. And the author is eloquent. Not enough though. Also, what Irish novel mentions early on that one of the main characters is Protestant and then fails to refer to it at any point later on or make use of it in any way? I refer the author to Chekhov’s gun: “Remove everything that has no relevance to the story. If you say in the first chapter that there is a rifle hanging on the wall, in the second or third chapter it absolutely must go off. If it’s not going to be fired, it shouldn’t be hanging there.”

Did I enjoy this? Oh yes I did. The writing is pretty awful but what a story. This woman has had a really unusual life and being lady-in-waiting to Princess Margaret is the least of it. Very well worth a read.

“Dandy Gilver and a Deadly Measure of Brimstone” by Catriona McPherson

Still reading all the adventures of English sleuth Dandy Gilver. She’s married to a Scot and they all take place in a different Scottish location. They’re set in the 1920s and 30s and I love them all. They also make me really, really want to visit Scotland. That said, this is my least favourite of the series.

“Dandy Gilver and the Reek of Red Herrings” by Catriona McPherson

“Dandy Gilver and a Most Misleading Habit” by Catriona McPherson

Still hard at the sleuthing.

“The Turning Tide” by Catriona McPherson

The last in the series to date. I hope Ms. McPherson is busily drafting the next one as I have now read all of the published volumes. Alas.

Herself got us tickets to see a Lennox Robinson play for Christmas. Prior to this, I had not realised he was from Cork and I became fascinated by him. I got this volume co-written by himself and his brother and sister from the library. I fear that it is now out of print. 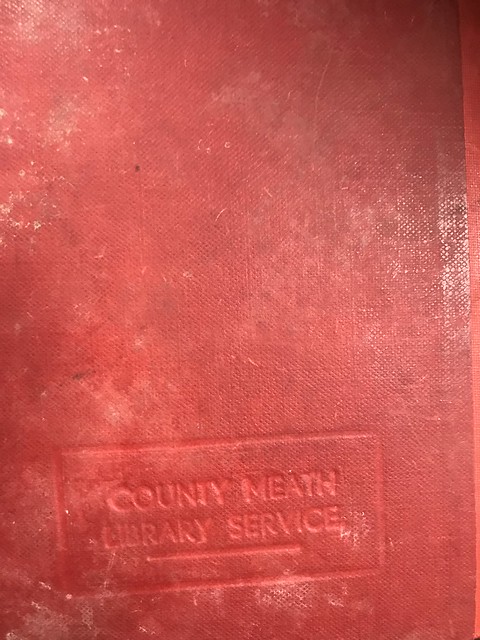 I loved the descriptions of Cork, from the 1880s on and the stories in the book. He talks of his father coming out of the Protestant cathedral in Cork (a spot I know well) and seeing a crowd cheering for the Prince of Wales and he throws his hat in the air with the best of them. It transpires, however, that they are in fact cheering Parnell (which he as a unionist would never have done) and what’s more, his silk hat was lost for good. 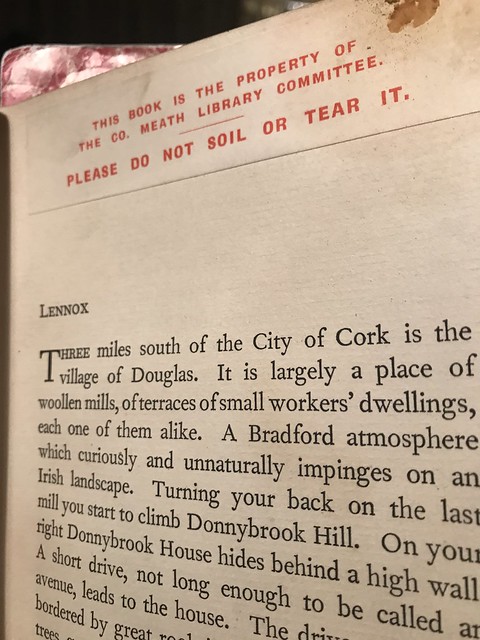 They also refer to a habit in magazines to have pictures of famous people at various ages and titling them, say, “Miss Ellen Terry, aged 5, aged 18 and present day.” Obviously, by the time they got to “present day” the celebrities would be more raddled with age than when in their prime and the family got into the habit of describing anyone older as “present day”. This is something that should clearly be revived. 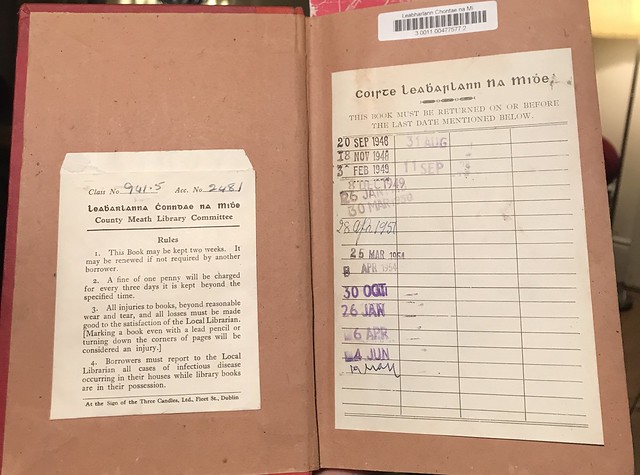 If you can get your hands on it, I cannot recommend this book highly enough. I absolutely loved it. It is gentle and kind as well as entertaining and a perfect read for plague season.

“My Uncle Lennox” by Seán Dorman

Continuing my Lennox Robinson inquiries, I got this self-published autobiographical novel out of the library. Lennox is a bit more peripheral than the title might have you imagine. Mildly entertaining in places but not much extra insight into Lennox.

I didn’t expect to like this much but I did. I’m going to read the rest of the author’s books now. It’s about people who have been away from Nigeria for a long time and then come home and their notions. It’s also a love story.

I didn’t read it, I listened to it on audio book (shout out to the wonderful library app BorrowBox which allows you to download audio books for free). It was 27 hours. I mean, the story only covers one day, so that seemed excessive. Interesting in places and actually quite funny from time to time. Very Dublin and an awful lot of what was around in 1904 is still unchanged today. I was actually going past Davy Byrne’s pub when the recording was talking about Bloom’s gorgonzola sandwich there and I went in his footsteps as far as the national library. Glad to have listened overall but a definite slog.

“The Improbability of Love” by Hannah Rothschild

Thought this was only alright. Somebody finds a painting in a junk shop that turns out to be by Watteau and it leads to all kinds of romantic entanglements.

“House of Trelawney” by Hannah Rothschild

Better than the previous offering but still not my cup of tea. English landed gentry have large house and have fallen on hard times. Adventures of various family members and relationship with the house and each other. Has its moments.

“Daughter of Empire: My Life as Mountbatten” by Pamela Hicks

Not the best written book I have ever read but very entertaining in places. The author has a fund of funny family stories from a very unusual and well-connected family. Undemanding, makes good plague reading.