Life meanders on notwithstanding the absence of herself. A man comes with a power hose and cleans the concrete in the garden. All the men folk hate it but I am delighted. A locksmith comes to fix the shed door and our new cleaner starts. It’s all go. 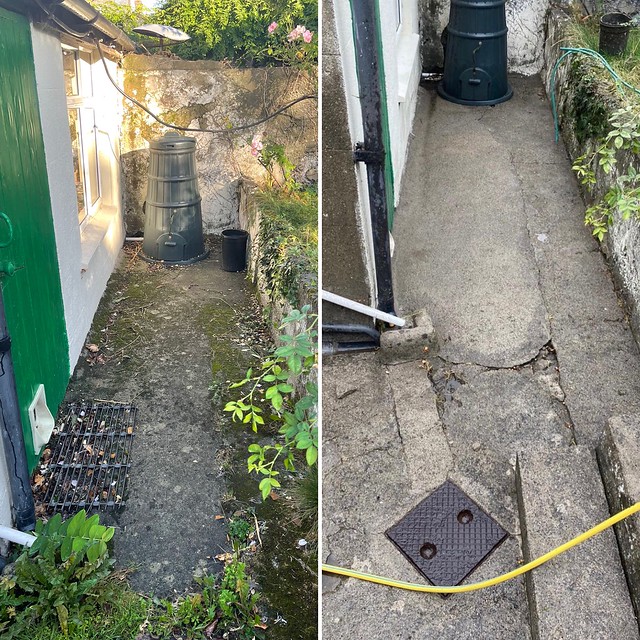 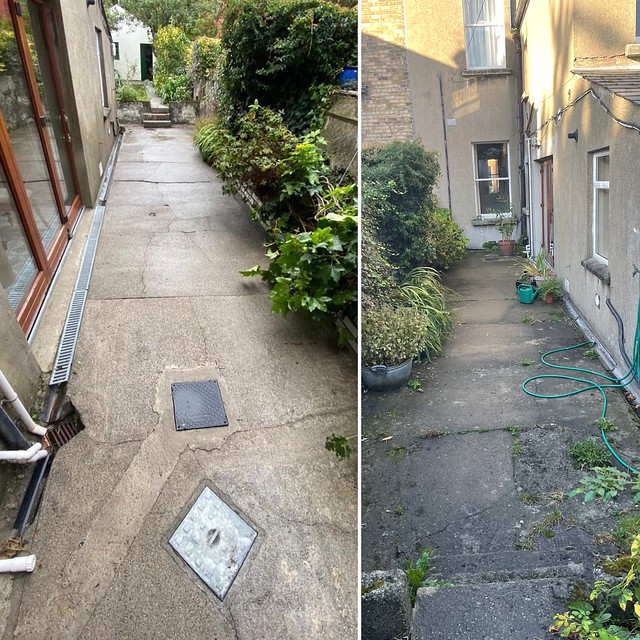 I have to go to Killarney for work – my first post Covid trip. Here’s a thing I didn’t know when I got on the train for a four hour journey at 11 in the morning: the trains no longer serve food. Unsatisfactory.

It lashes rain for the duration of my trip to Killarney but at least I have some food for the train journey home.

I speak to herself. Apparently England is very “spenny”. I beg your pardon? I welcome the opportunity to get to grips with English student slang.

Following my root canal a couple of weeks ago, I get a crown put on a back tooth. This is not a pain free operation, people. By the time I get home, the inside of my mouth feels like a battle ground. I was more delighted than I can say when one of my bottom front teeth chipped at the back later that evening. Seriously, no, no I was not. Back to the dentist for me.

I cycled 12 kms out to visit my mother’s college friend whose husband died in August. I think she was pleased to see me but she is no-nonsense and a dentist and she told me to stop feeling my tooth with my tongue. “I can’t help it,” I said plaintively. “Of course you can,” she said. Ah great to be reminded of what it feels like to be a hapless teenager.

Mr. Waffle the boys and I cycled into town (to say I am the slowest cyclist in the family, kind of understates how much slower I am than everyone else – I felt like an antelope separated from the heard by circling traffic but I got there in the end). We saw the only thing I could get tickets for in theatre festival which was only 20 minutes long which was a source of general delight. The theatre is owned by the father of one of the Princess’s friends and her friend was doing the tickets and her other friend’s mother was doing the lighting. All we were missing was herself. More pizza afterwards.

Book club in real life. It was amazing. I had such a good time. And then cycling home I ran into my friend and her husband on the street. They’ve just moved back from Brussels and it was such a lovely surprise to see them. A very satisfactory Sunday.

Our next door neighbour’s elder child is in art school and she is going to paint a mural on the lane behind our back door. I am v excited. She came in with some sketches. Thrilling.

I spoke to herself. She seemed in reasonable form. Then I went home and inadvertently laid the table for dinner for 5. Alas we are only 4.

The boys had an assembly for their year in school. As Michael said to me, “Assemblies are never good news.” He said that they were all sitting round performing an examination of conscience while the year head paced up and down talking about their workload and how important it was to study this year. However, it was good news. They had the first two classes off and the school brought them in breakfast for world mental health day. More of this.

Herself rang to say that we couldn’t blame her more than she blamed herself but that she had lost her passport in the pub the previous night.

Question for the audience: why is the Irish consulate on Cromwell Road? Does that strike you as a great address in all the circumstances? Before any firm moves were made to resolve the logistical nightmare, some kind humanitarian put up a post on the student facebook page saying that he had found it. Who knew students even used facebook? She doesn’t but her friend texted her.

She has to get some form of ID that is not her passport. I can’t face this again.

I was talking to my brother about Cromwell Road and mentioned perfidious Albion to which he said, “What does that mean, picky, over fussy and neat like you are, you sure you’ve got that phrase right?” “Perfidious, not fastidious,” I said tartly.

Mr. Waffle and Dan went out to watch the local football team in action (another draw, thanks for asking). We’ve all got very used to going out now, strange how quickly things have reverted to normal. Michael and I stayed in and watched “Blinded by the Light” which we both really enjoyed and there was no one to get annoyed with us for singing along.

Very peaceful day in which nothing much happened. Hugely enjoyable. 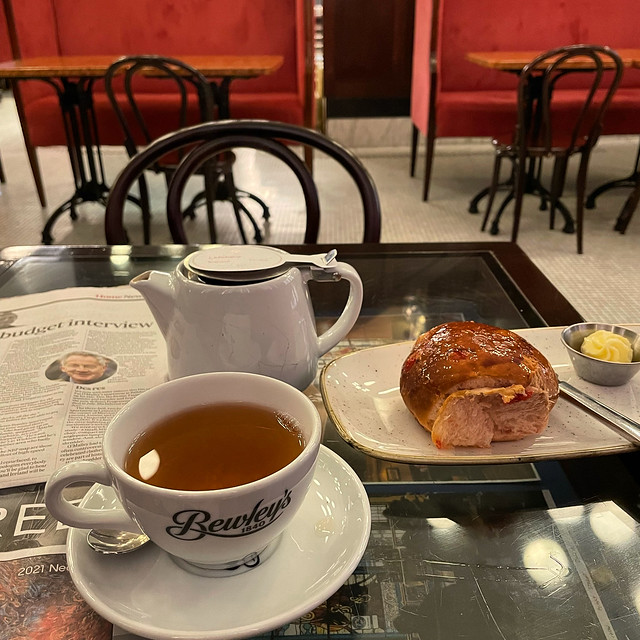 Daniel had a hurling match he lost by a point but he seemed philosophical.

Mr. Waffle and I went out for a cycle and visited his mother. We abandoned our poor sons to their homework. One of the big compensations of being a grown-up is having no homework, frankly.

It was 19 degrees today. 19 degrees in October. I was melting in my opaque tights. On the way home I cycled into a wand separating my cycle lane from general traffic. No injury you will be pleased to hear, other than to my dignity, naturally.

The principal sent out an email to parents and students about the dangers of “Squid Game”. Too late for us, we watched three episodes but we tired of it. The principal says, “It is the strong belief of many psychologists that the message and culture in this series is not good for anyone and that it is extremely dangerous for young people.” I’d say anyone who wasn’t watching has started now.

We had a great long conversation with herself. All is well in foreign lands. 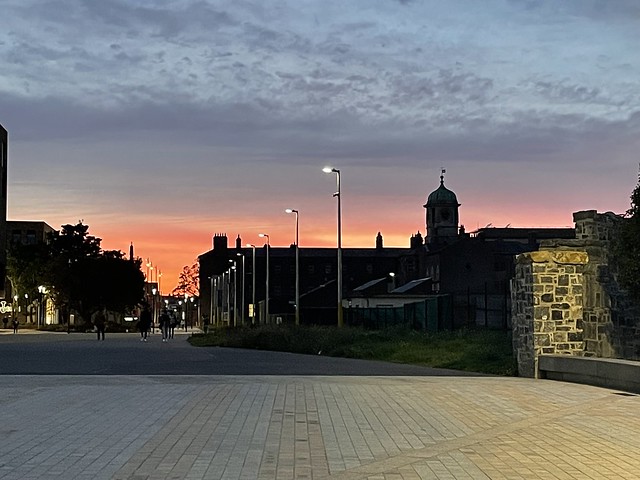