Saturday, November 6, 2021 (continued, yes, continued, this is what I have been reduced to)

We went out to dinner with friends last night and had a really wonderful time.

A definite highlight was their reaction to my apple jelly. I had given them a jar previously and they loved it. I mean really loved it, God I was delighted. I only regretted I hadn’t brought some more as there is lots more where that came from.

Our hostess opined that I was a closet Protestant given my jam making proclivities. I am not sure whether this is thing elsewhere but in Ireland Protestants are generally assumed to be good at crafts, baking and jam making. Although my mother’s family is descended from the Palatines who came to Limerick in the 1700s and my father frequently described her instincts as puritanical (“always leave when you are enjoying yourself most” was one of her catch phrases), I don’t really think that’s it.

She was in a position to have a view as her mother-in-law (our host’s mother, try to keep up) was a Scottish Presbyterian who, because of ne temere brought up four Catholic children. It was their own choice to send the boys to a Jesuit school but, I suppose, in for a penny, in for a pound. It was interesting to hear our host talk about going to Presbyterian services with his mother a couple of times a year; they were long but they had Sunday school. Once, when he was a child, there was some all-Ireland Presbyterian jamboree taking place in Dublin and members of the congregation were asked to put people up. His mother, explaining that she had a Catholic husband and children, put up two Presbyterians from Northern Ireland. Our friend said they were very pleasant men but terrified: they had never been in Dublin before and they had certainly never stayed in a house with Catholics but it all seemed to pass off peacefully. We had a chat about religion and he said, “I do it for the local Catholic community not for Rome.” Talking about “Rome” like that was so strange to me. I don’t really think of Rome at all or certainly not in the same way, it seems to me. I think having parents with two different religions must make you think about religion much more than if both your parents are Catholics and it feels like everyone else in the universe is too (Cork in the 70s and 80s).

We had a chat about our weekend in the Hague and it turned out that the gin production woman was their next door neighbour before she and her husband moved house. Because Ireland is tiny and we do, in fact, all know each other.

In other religious news, our parish priest began this morning’s sermon with the words, “Remember, remember the 5th of November.” Does that strike you as at all odd? I mean he went on to talk about November being the month of the dead but I thought it was an unusual opening line even (or maybe especially) for someone who spent a long time working in England.

After mass I went into town and bought the head. I am delighted with her. 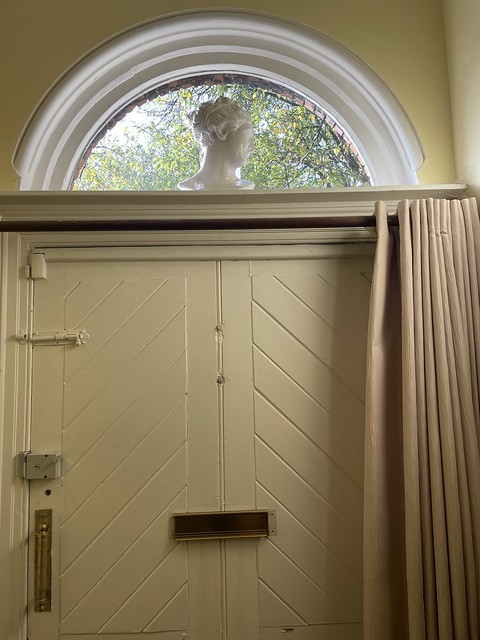 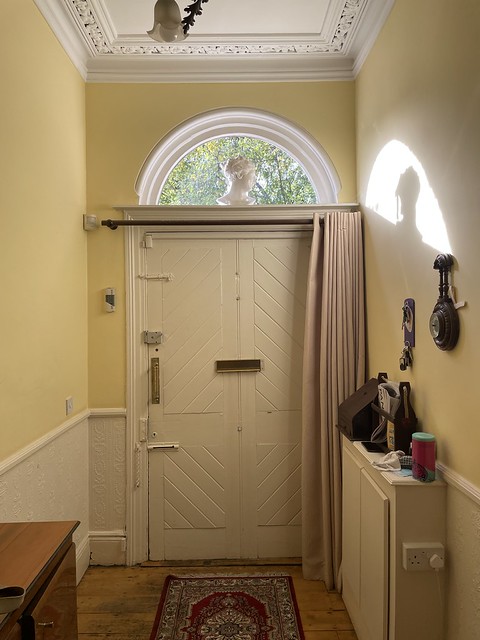 Michael and I had a mild walk in the Botanic gardens leaving Daniel at home to finish his homework. Poor Mr. Waffle was a bit under the weather and went to bed for a nap.

“And finally,” as they say on the news before they come to the human interest good news bit at the end. Thirty years ago, I moved in to a house share with a French girl in Brussels. In all the intervening years, we’ve stayed in touch and we’ve exchanged children and visited each other reasonably regularly. Today our daughters, of their own volition, met in England where they are both studying. Herself sent me photos. I am quite delighted.

Hope you had a good Sunday yourself. More tomorrow, God help us.