Mr. Waffle continues to be ill. He decided that it would not be conducive to his recovery to stand in the middle of a windy field for a couple of hours so he delegated to me the job of taking Dan to his hurling match in west Dublin. “You’ve a beautiful day for it,” Mr. Waffle thrilled as we headed off.

We arrived and schlepped for miles from the car park to the designated pitch. No sooner did we arrive than the rain started. I discovered to my horror that although we were instructed to assemble at 1.15 the match was only starting at 2. I trudged gloomily around the pitch regretting that I had neglected to bring any kind of hood and discovering that my boots were not waterproof. Truly mine eyes have seen the abomination of desolation. 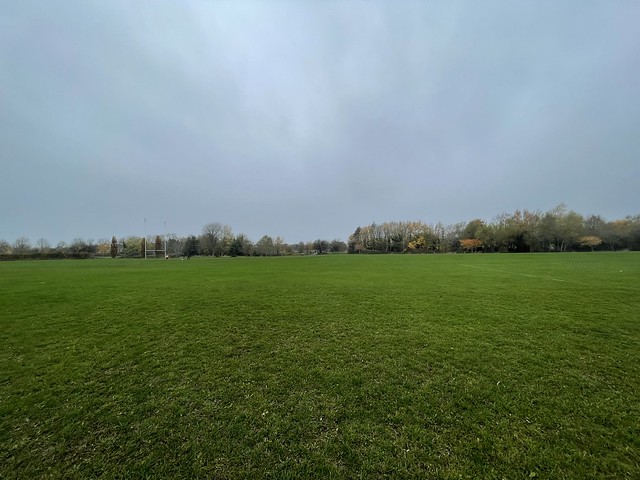 There were 6 subs and, to my relief, Dan was in the starting 15. I spent a good while watching number 24 before I realised that my son was playing up front (normally he’s a back) in the number 6 shirt. Half time arrived mercifully quickly. Sadly, it turned out only to be a water break (quarter time, if you will). I continued my trudging. The heavens absolutely opened with that kind of rain that bounces off the ground and back up your trousers.

I telephoned my sister and she asked how wet I was. This is the photo I sent her. Very wet. Apparently it was a lovely day in Cork. 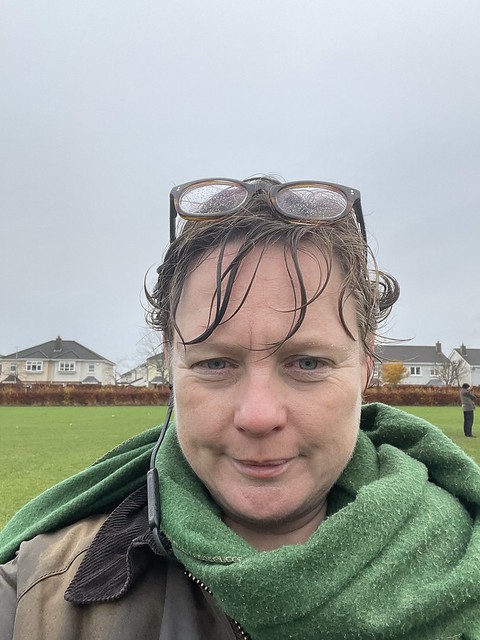 Daniel was having a great match but he got knocked down and the coach ran over, patted him on the back and came to the sideline reassuring me that it was only a hard shoulder to the head. I was not reassured. Later he got a hurl to the head (they were all wearing helmets but still) and eventually, about 5 minutes before the end, he was subbed off somewhat to my relief as he is absolutely fearless on the field and I wanted him to finish alive.

I was very proud as we went back to the car and people kept coming up to congratulate him on a great match, sadly though, not great enough as, in the end, they lost by six points but, honestly, it felt closer than that.

We were both glad to get home. 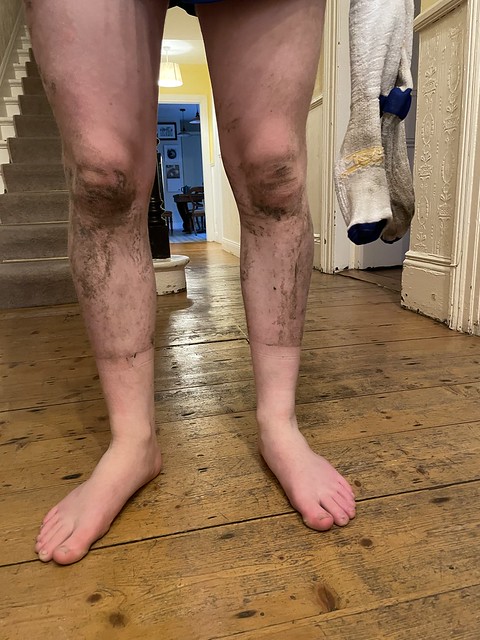 In other news, I bought logs from a garage and on my way out, accidentally blocked a middle aged woman in high vis and lycra who was marching determinedly in the rain, clearly getting her steps in. She gave me the evil eye, as well she might, and I realised it was the leader of the opposition. This is the kind of glamour that west Dublin offers. Let’s have your own celebrity encounters.