Last night the Princess and I went to the suffragette film. She is on mid-term break so she had spent some time preparing for the evening. She made buns with pink icing on which were piped the initials of prominent suffragettes: 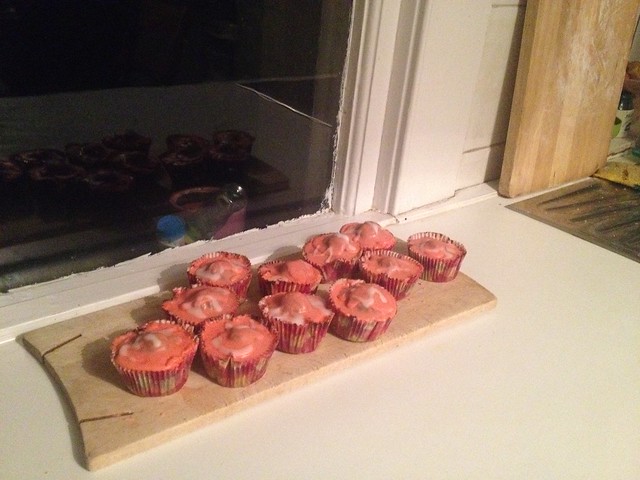 Then when you cut them in half, they were purple white and green on the inside. These were, I now know, the colours of the suffragette movement. 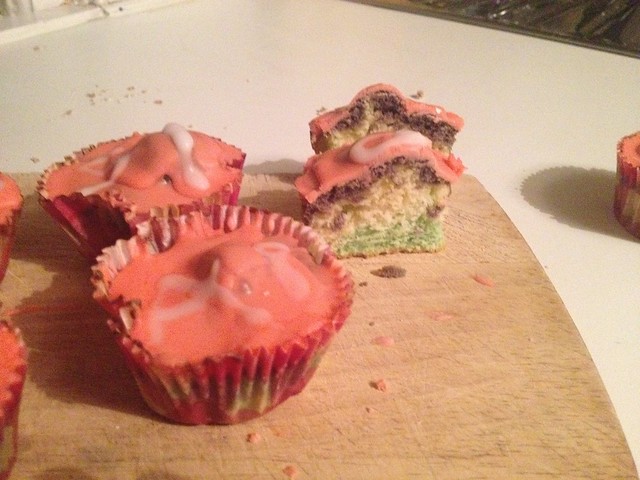 The buns were something of a highlight. The film itself was quite dull. And felt like it went on forever. Alas. Not as bad as Lafcadio Hearn though, so that was something.