Last week was a bit horrendous. I had parents’ council on Tuesday night, open night for what may be the boys’ school on Wednesday and a play on Thursday. The play was about how Irish society treats Travellers (appallingly) and I left the theatre staggering under the weight of my guilt for being complicit in really dreadful prejudice and treatment. It was worthy but it wasn’t exactly a fun night out. On Friday night I went to Cork leaving Mr. Waffle to manage collecting Herself from French class, minding the boys (including getting the hairdresser in to give them a haircut) and letting in Falling Fruit who were volunteering to collect the apples from our three trees and give them to good causes. He managed. Partly because Herself was sick and couldn’t go to French class. But it was all a bit much. Still, I am delighted that our apple harvest is being used rather than rotting on the grass. 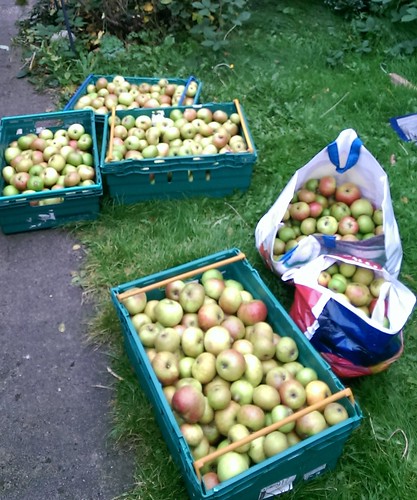