Herself had her first day back at actual real school as opposed to online learning. She thought she would love it but she did not. Apart from anything else, the school is freezing as all the windows are open and the heating is not on. Then they have to have lunch and assembly in what is euphemistically called the outdoor classroom but, more realistically, might be called a shed.

The boys got their school reports which we have yet to discuss with them but all broadly positive – the online thing is working out better this time around. Daniel is really looking forward to getting back to school on April 12. Michael is not so sure.

I had an early start on Monday morning so missed seeing the primary children going back into school. On Tuesday morning junior infants to second class were heading back in to the two schools at the bottom of the road and it was lovely to hear them scooting, running and cycling in.

The boys had an online TY experience at a law firm which a friend of Mr. Waffle’s kindly arranged. Like all these things, it wasn’t as good as an actual work experience module but made a welcome change from their other online experiences.

They had to choose their Leaving Cert subjects. There was much humming and hawing and what they actually get depends on timetabling but neither of them wants to do Art, Tech Graphics or Biology, everything else is pretty much up for grabs.

Mr. Waffle gave herself a lift into school. I went in to Michael’s room to bid him farewell and attempted to comb his hair (now long flowing locks last cut months ago – he’s not a bit believer in the brush and comb himself). He was quite annoyed as he was on his online TY work experience. Unfortunate. But he turned his camera off almost immediately, so no lasting psychological harm done.

After school Mr. Waffle collected herself. As she said, “Imagine my horror when I saw him wheeling my bike. I looked and looked for the car but it was not there.” He said brightly, “I walked up to the school with your bike so that you could cycle home.” She was not as thrilled as he had expected.

Over dinner it transpired that some months ago I had disposed of a pile of old Dandy magazines which had been gathering dust in Daniel’s room for years. It would be fair to say that tensions ran high and Michael and herself were most displeased. I blame Mr. Waffle who innocently let the cat out of the bag.

We got our windows cleaned. It just wasn’t as good as last spring where getting the windows cleaned was one of the highlights of lock down 1. The window cleaner had been in Love Hate and had his scene on his phone which he played for Mr. Waffle so there was that. It’s a rough time for the arts, lads.

On the way home from work there was a really violent fight at the end of the street. I was on my bike and quite unnerved. Myself and another woman in her car shouted at the men kicking another man on the street and I called the guards. It was all a bit grim. There seems to be an uptick in crime. A couple of times local children have been set on by gangs of teenagers on bikes at about tea time. I feel it’s some of the consequences of lockdown frustration, boredom and anger spilling out on the streets. I wouldn’t say I’m enjoying it.

Herself and myself went out to get a crêpe before she went to an online get to know you session with her college in England. I am not delighted that she is going abroad but at least the process has distracted her from her other woes. There were older students on the call to give advice about practical questions like food, accommodation and getting around. Herself reflecting her father’s family’s obsession about towels asked whether you have to bring your own towels. You do.

We rang my nephew to wish him a happy birthday. He’s 15 and hilariously, sounds exactly like his father on the phone as we realised when we were talking to both of them on speaker. Look, we get our thrills where we can these days.

We had dinner from Bastible which was recommended by a friend. It was very good but, as herself said, “I’m getting a bit tired of take away where there’s a lot of assembly work.” I mean the food was great and the assembly wasn’t too bad but it definitely was assembly. 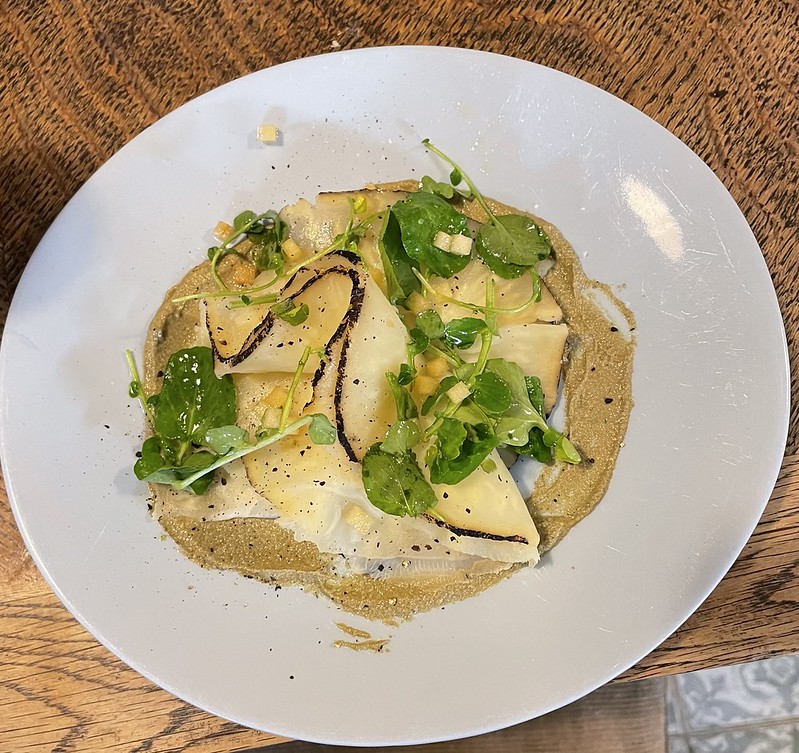 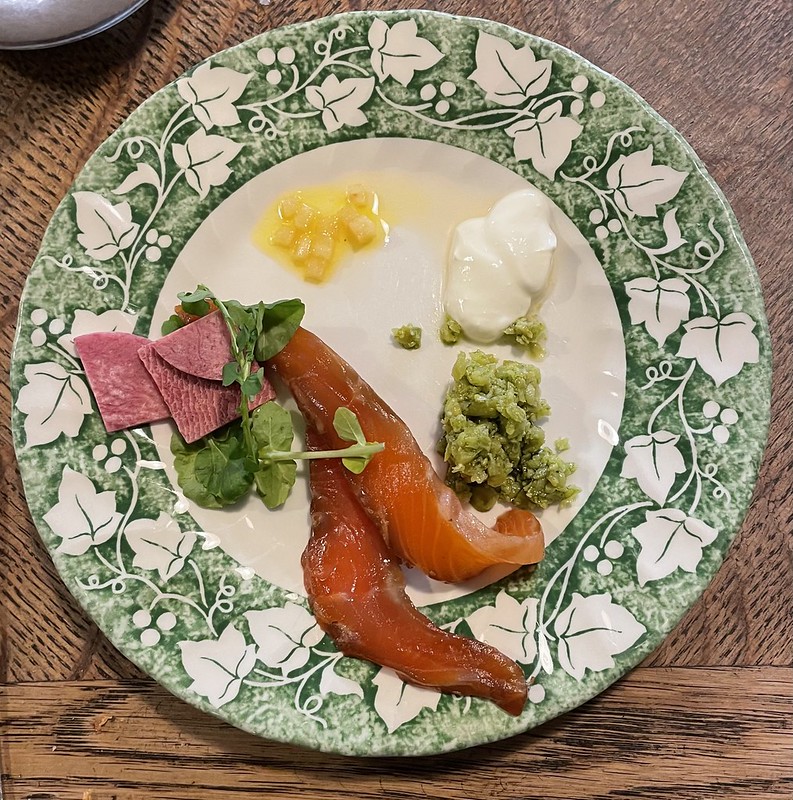 Saturday, March 6, 2021 – The Departure of Throck Morton and the Return of the Cleaning Rota

This day marked the return of the cleaning rota. Our cleaner hasn’t been since before Christmas and though we had been doing bits and pieces on an ad hoc basis (bathrooms and hoovering – dusting had definitely fallen by the wayside), it was time for a thorough overhaul. The house is now cleaner than it has been since December. Rejoice.

A man came and put spikes on the chimney and now the pigeon (the children called him Throck Morton after some internet thing) which has been a feature of the Princess’s life since last April has been finally excluded from paradise. Farewell Throck, gone and, frankly, not regretted.

Mr. Waffle, Michael and I cycled into town and home again by different routes testing out the new cycle infrastructure. Improving, in fairness.

Herself had additional maths class in the morning followed by additional Irish class. We’re definitely in full “the Leaving Cert is coming” mode.

My sister has bought an animatronic cat for my aunt. I will keep you posted as to whether this €40 investment is well received by my 91 year old aunt.

Mr. Waffle and I went into Fitzwilliam Square with our architectural guidebook. 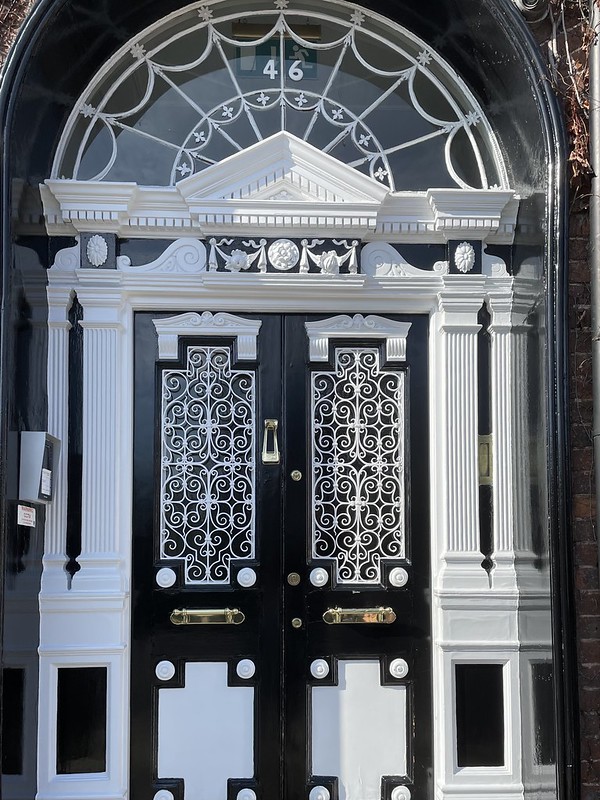 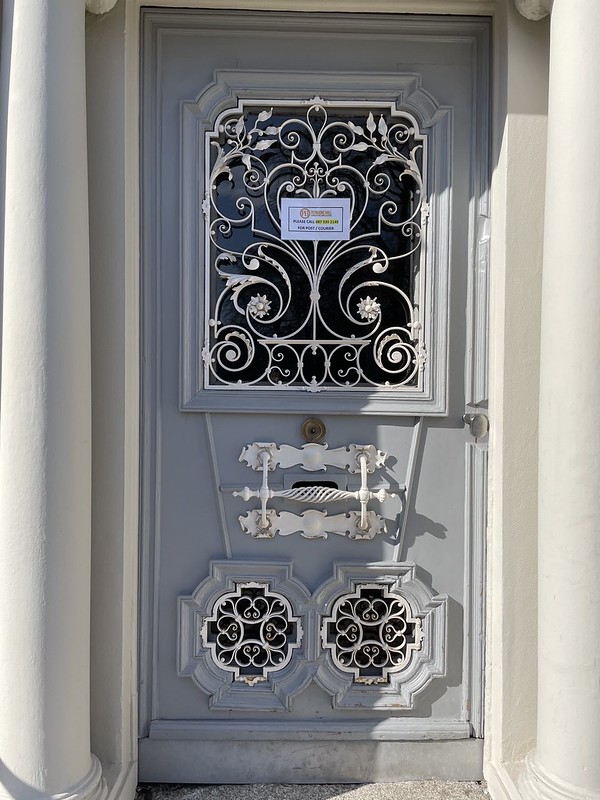 It was sunny and pleasant but the guidebook does not have a great deal to say about the house exteriors. 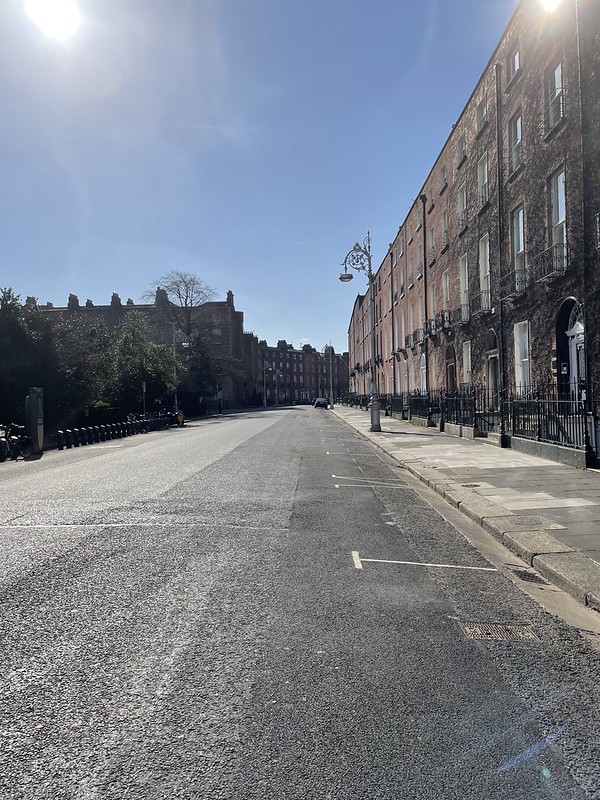 A very nice resident who was walking her dog told us about her planning woes and lent us her key to go into the private park in the centre of the square which is for residents only. Pretty pleased with ourselves. 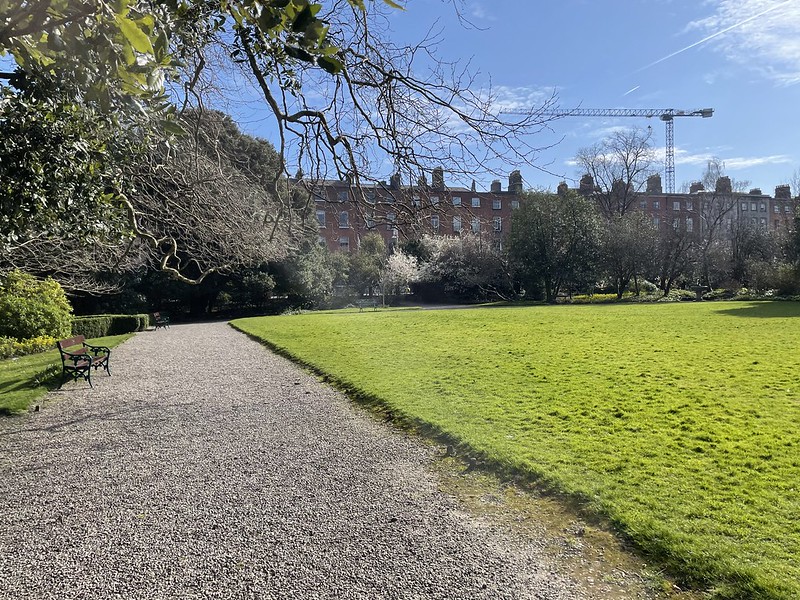 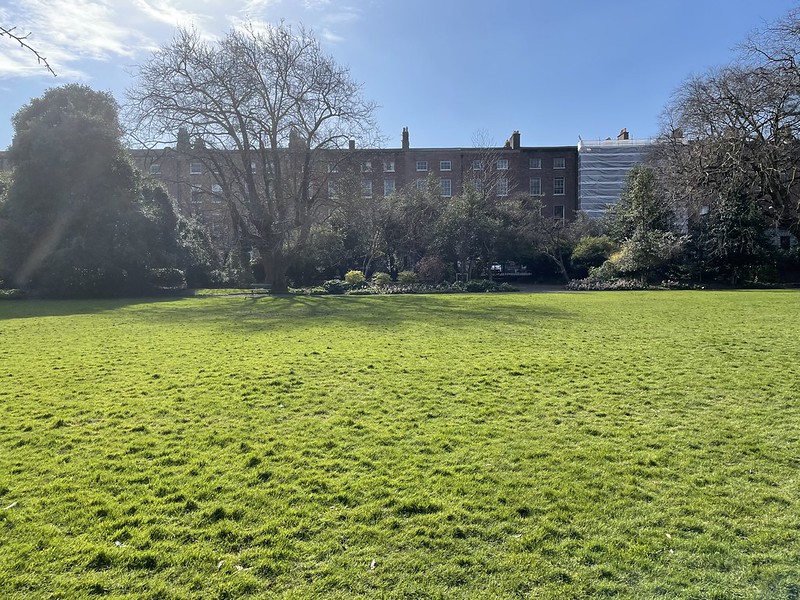 A good friend of mine lived in a basement flat on the square about 25 years ago and I found myself reminiscing fondly about that really great flat. Herself and her flatmates went on to have successful careers and I feel that if I had it in me I’d love to write a novel based on this premise. I’ll hand it over to my sister-in-law the novelist although she says that people spend their time telling novelists about great plots for their novels so maybe not.

Our friend in the Netherlands is going to be 50 in the autumn. She emailed Mr. Waffle that she plans to have a party. I immediately said that we will all go. Mr. Waffle says we may not all be invited. If so, the children can hole up in the Airbnb with pizza but as she has four children of her own, I’m sure she won’t mind. Mr. Waffle was less sure. Anyhow, I was very buoyed up and excited at the prospect. A life after Covid, people.

After lunch I took the children for a cycle in the park which was not entirely satisfactory. We’re all a bit bored of the park. But look, it was exercise. While we were gone, Mr. Waffle re-oiled the work surfaces in the kitchen. A job that needs to be done late in the evening so that it can be left to dry out overnight we have discovered. As I type he is cooking dinner in there hoping not to be overcome by the fumes or frozen (the back door has to remain open). We live and learn.

Any lockdown news of your own?