For those of you following Gategate, a gate has definitely been installed at one end of the lane but it is open and no sign of anything at the far end. Mysterious. 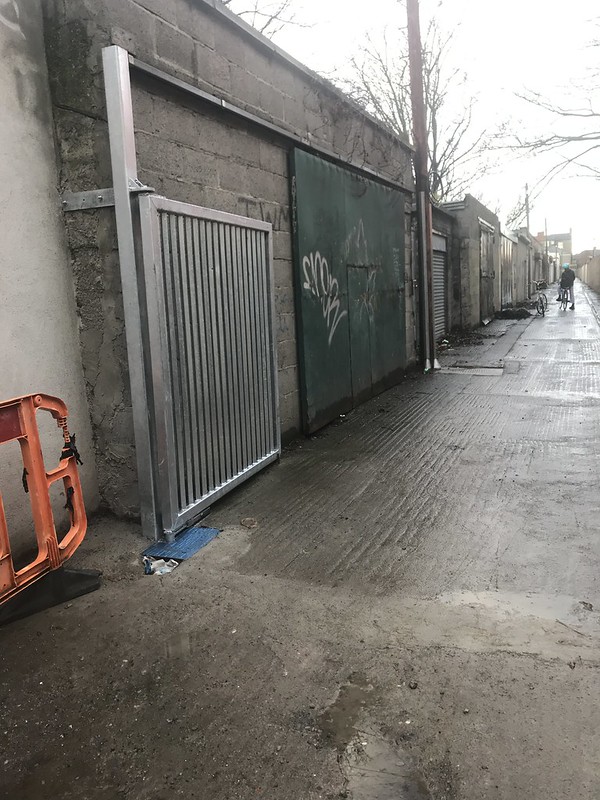 And here we are, back at level 5 but hurrah, schools are to remain open [spoiler alert: they do not remain open].

Our fuel was delivered to our door. Rejoice, we can light a fire. Jigsaw work continued apace. 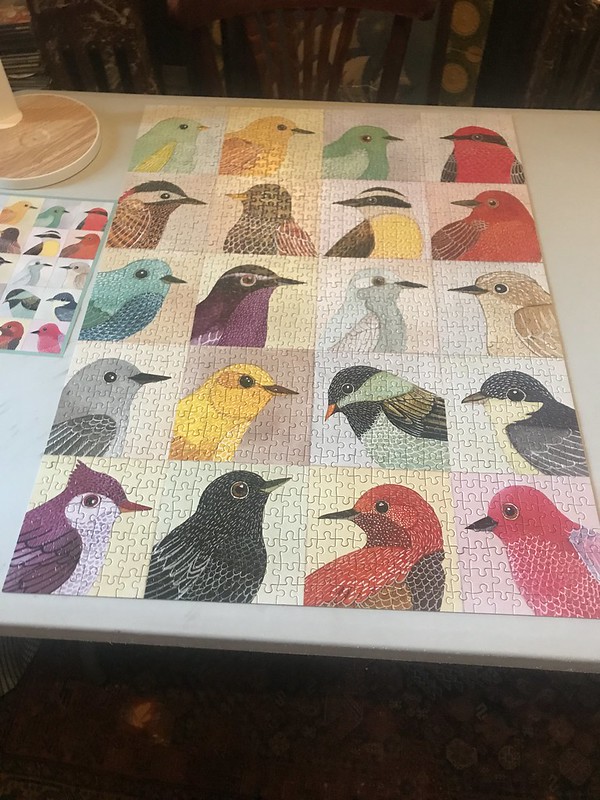 We had a slightly underwhelming walk – locally, obviously.

With a view to improving our walks, Mr. Waffle and I venture out with the Pevsner guide to Dublin in hand. I got Cork from Mr. Waffle for Christmas. V. thrilling and, as yet, unused. 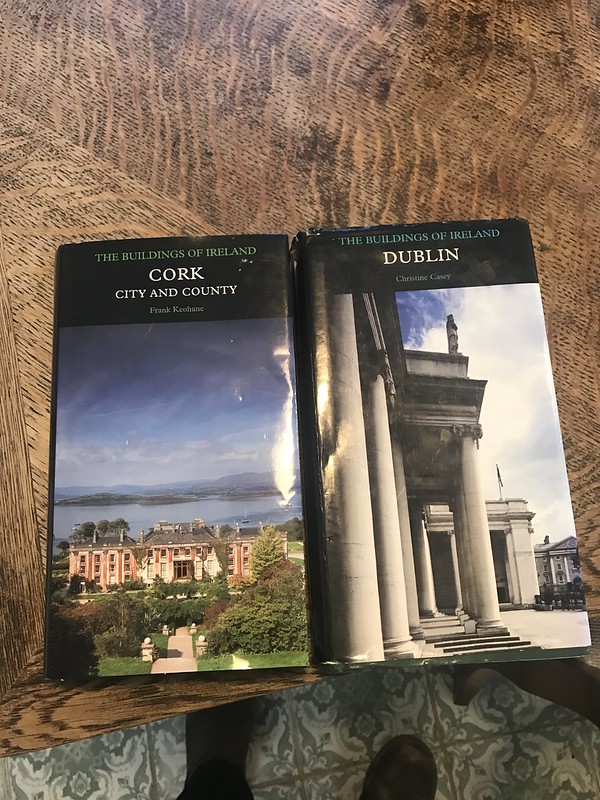 Understandably, the children refused to join us for a damp and chilly but architecturally interesting tour of North Great George’s Street and environs (Hardwicke Street church is a delight). Their loss. One of the boys from Dan’s GAA team lives on North Great George’s Street with his family and I experienced distinct house envy though I imagine upkeep is a nightmare and the houses are always cold.

I began baking bread every day. Welcome to Lockdown 2. Daniel and I began our quest to watch all the Harry Potter flicks.

Mr. Waffle and I, building on our previous day’s success, took Pevsner to look at Mountjoy Square. So beautiful; so rundown. Mr. Waffle says it’s much better than in the 80s but it still needs work. Imagine, this in the centre of town in what was once a fine Georgian Square. A bit depressing. You can’t tell from the photos but the ground floor windows are broken and the curtains are swaying in the (very nippy) breeze.

The grass on the flagstones is a particularly gloomy touch. 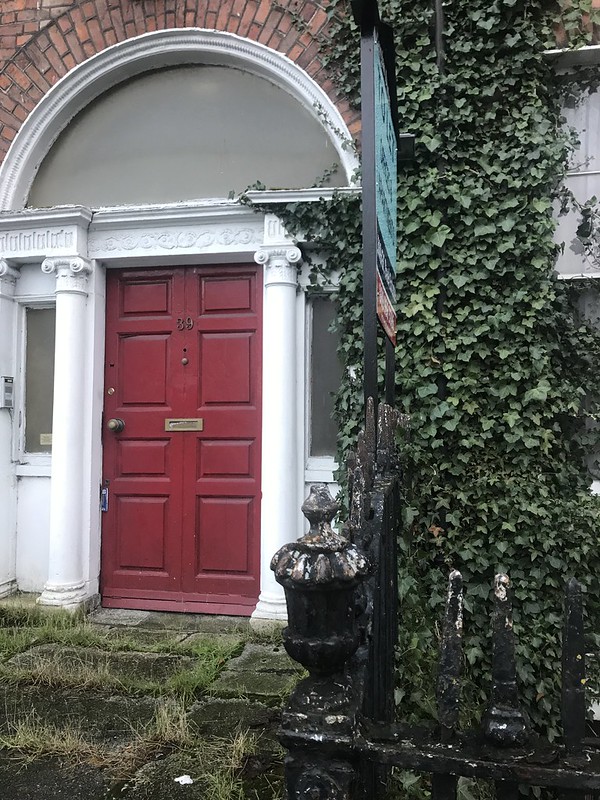 Before Christmas, Michael announced that Evan from his class said that schools were closing for January. I indicated that I felt that I might be a little better informed than Evan. Apparently not. The Government announced that schools would be closed until end January other than for Leaving Certificate students and special needs students. Herself rejoiced as she is tense about the Leaving. 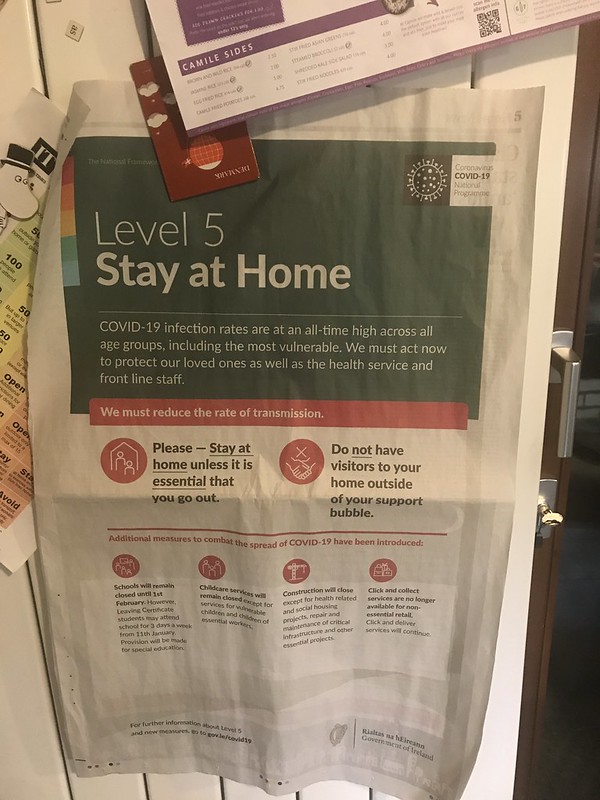 This information was out of date when we stuck it on the radiator as later on the Government announced Leaving Certs and special needs children would not be going back to school after all. As Mr. Waffle said, they were just waiting for Evan to be available before they finalised matters.

Mr. Waffle and I continued our architectural tour of Dublin with a visit to the church of St. Augustine and St. John. Lofty. 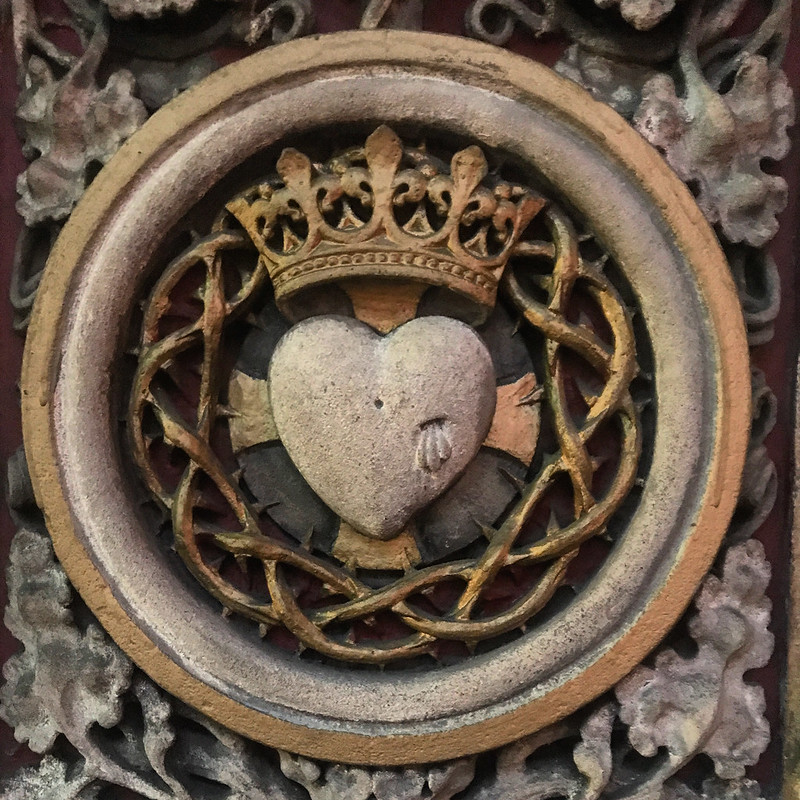 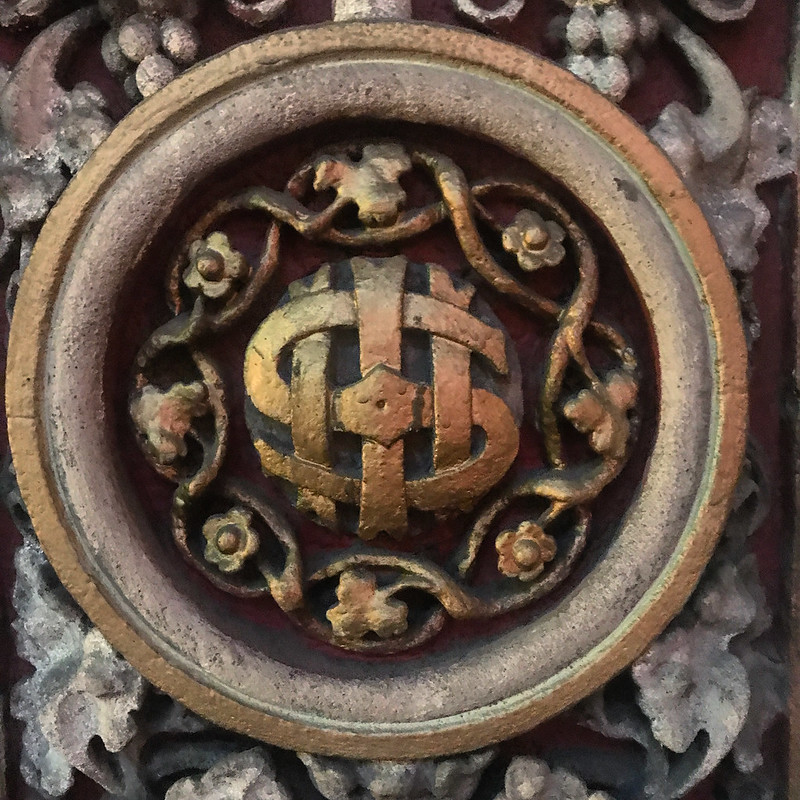 Meanwhile Mr. Waffle found out that “The Great Gatsby” is going out of copyright and exchanged views with Herself (Ireland’s greatest Gatsby fan) on the family group chat. 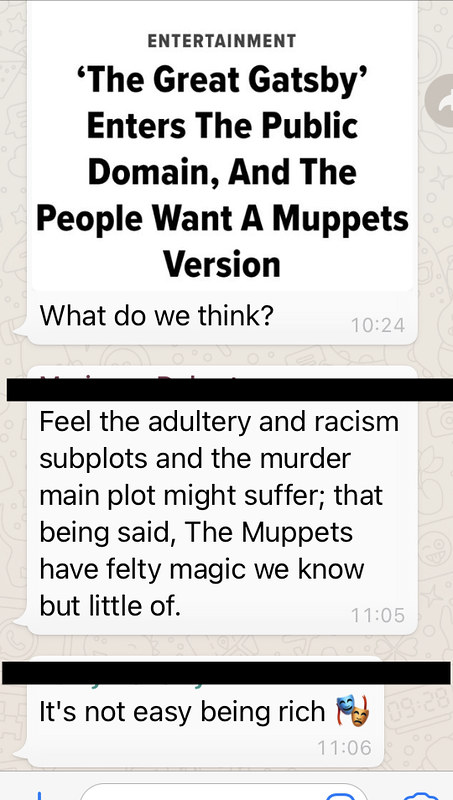 My father gave me a large and generous cheque for Christmas. I decided I had better cash it before his accounts were frozen. Could I find an outside lodgement ATM? I could not and I couldn’t go into the bank as I was restricting my movements. Alas. “Could I not do it online?” asked Daniel. I explained that it was a last present from an analogue era. My father was the only one left who sent me cheques as presents.

To celebrate Women’s Christmas, I ordered in an afternoon tea from the Cake Cafe. It was satisfactory. It was mostly for herself and myself as the women of the party but we let Mr. Waffle and the boys have some of the leftovers because we’re good and kind. 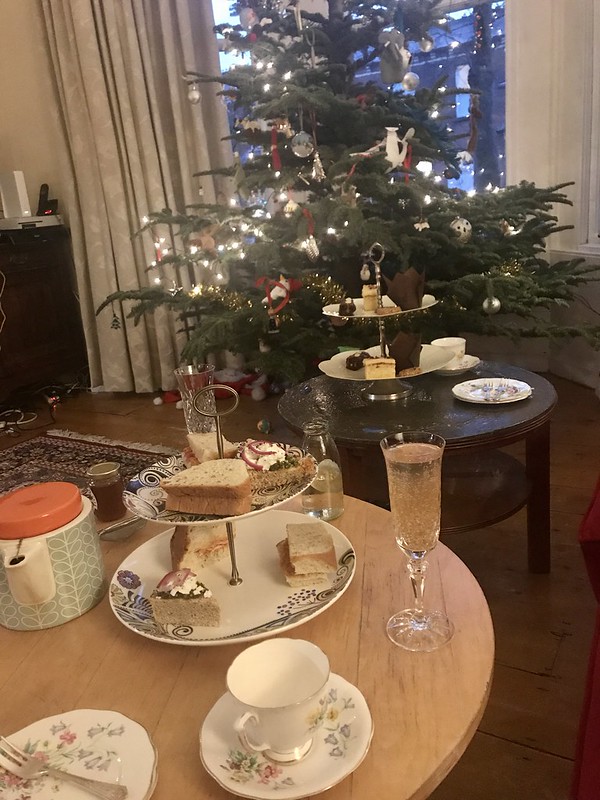 This was supposed to be my first day back in the office after the Christmas holidays but I took an extra week’s leave as, to be honest, the first week of the holidays did not pan out as we had planned. I am slightly dreading going back as everyone is, understandably, going to say, “How was your Christmas?”. And I will have to tell them.

Herself wondered how “emergency remote teaching” was going to work. “Is it help, this function’s eating me; I need to collapse it?” Funny at one level but not really. I see a long five months ahead of us until the end of the school year.

Back to the Botanic Gardens. Still nothing much growing but it didn’t rain and I got to balance a foot on the frozen pond. 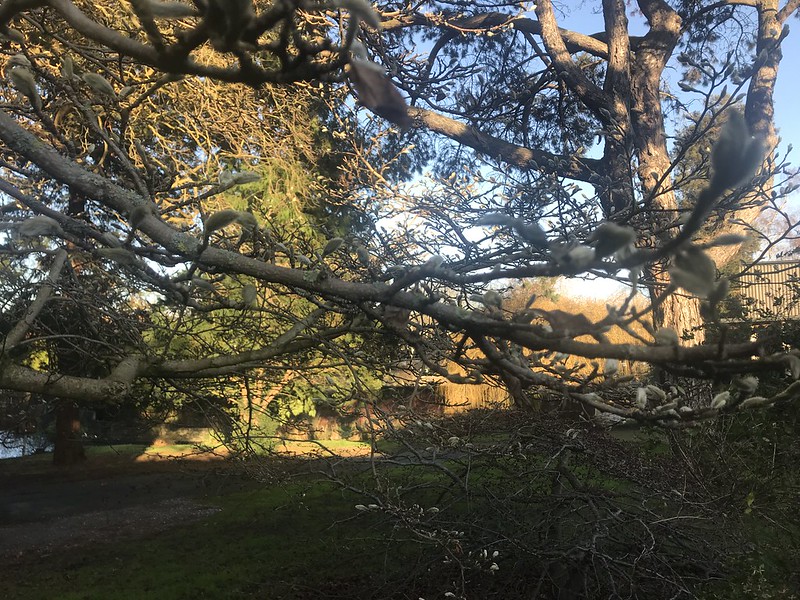 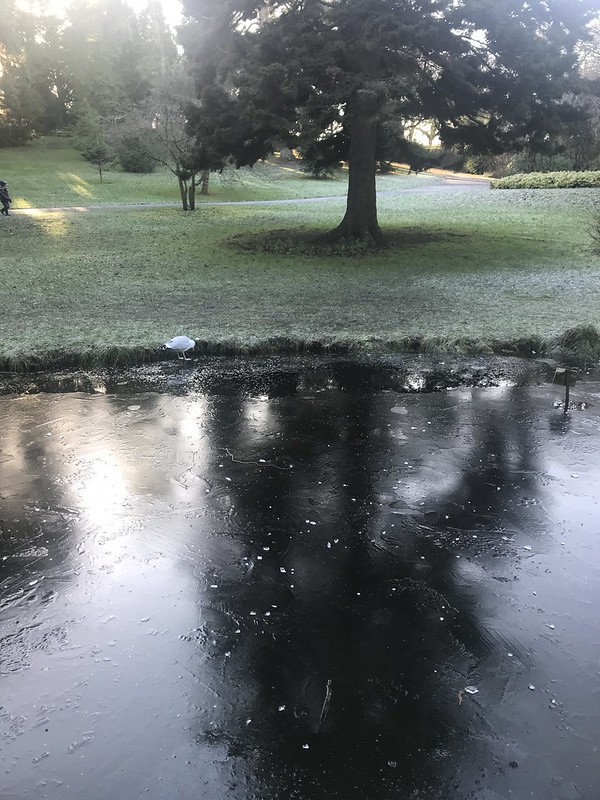 God, it was so cold. Mr. Waffle and I did our architectural tour – Parnell Square this time – and we both thought we might die from hypothermia. V pretty though and largely car free. 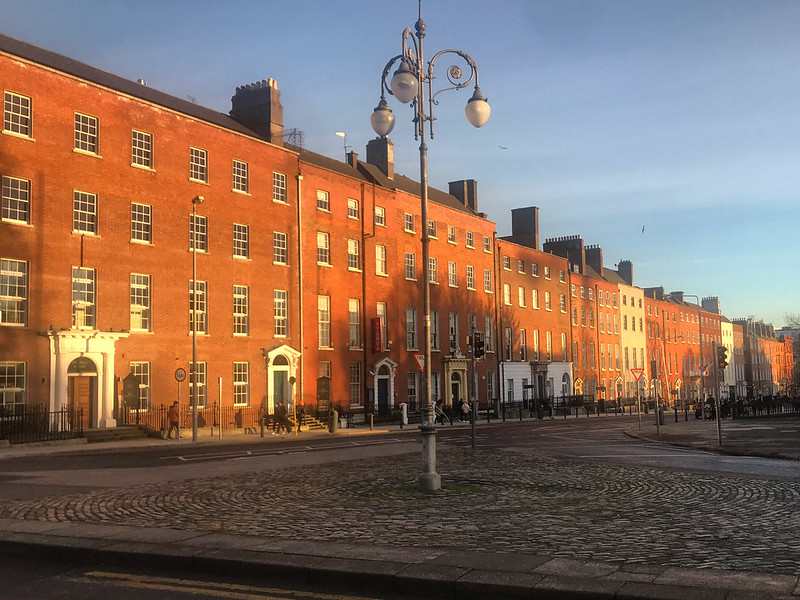 And we got a chance to test out the new cycling contra lane on the way home. It doesn’t get more exciting than that. 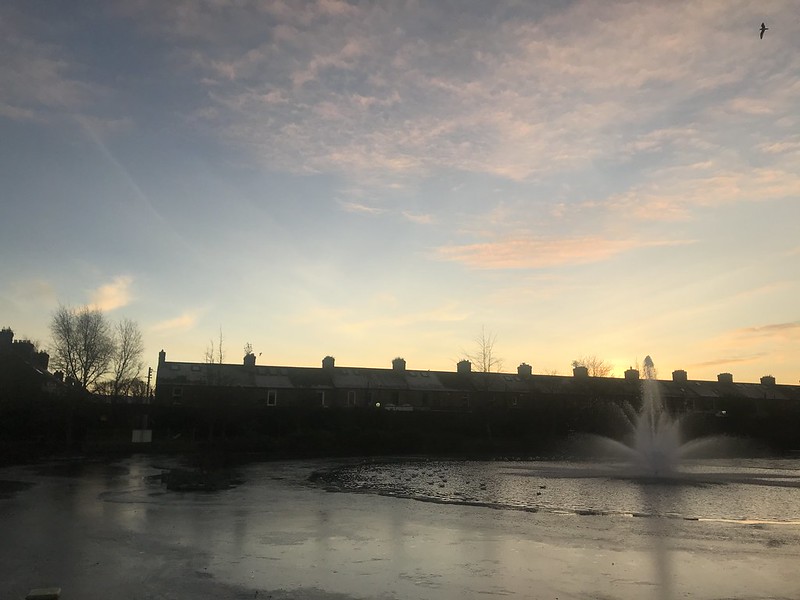 We played a surpisingly enjoyable game of frisbee with the children in the park. We were all very excited at the prospect of ending our restricted movement and being able to go to the supermarket in person again.

My sister emerged from her Covid period of self-isolation. Happily she was entirely symptom free throughout.

Also, we had more jigsaw. This was sent to us for Christmas by my friend from Cork. The children approved of the picture, I’m less sure. 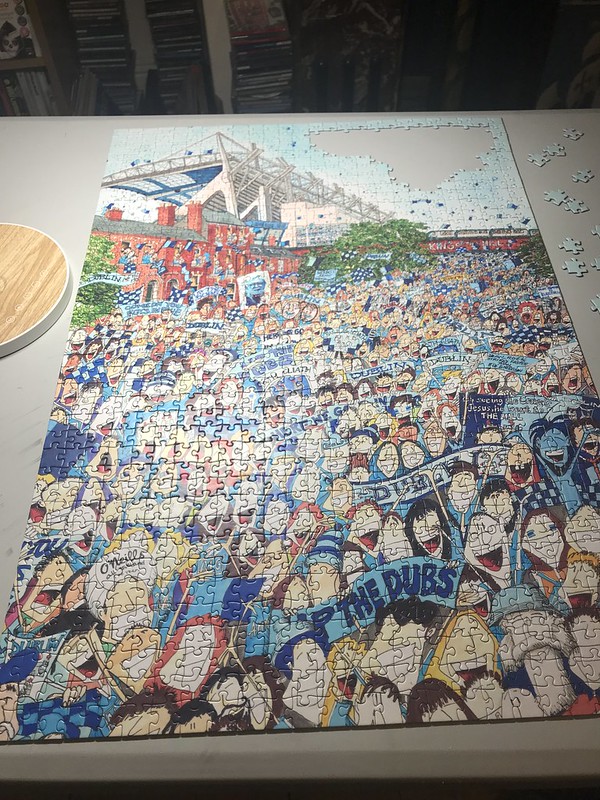 We finished our period of restricted movement. Hurrah. If we got Covid, we were all asymptomatic which, I suppose, is possible but more likely that we didn’t I think.

The children cycled into school to collect their gear from their lockers. Here we are, remote learning again. The children have assembly online at 8.30 every morning and dire consequences are threatened if they do not attend. “What are they going to do?” said Herself, “Send us home?”

Mr. Waffle and I went out to purchase a take away tea and a bun and found that a local cafe which closed in March and we thought was gone has reopened. We rejoiced and brought home buns for the children to enjoy in a break from their online learning which they are not loving. Except Michael, he likes being at home.

Are you online schooling yourself? How’s that going for you?