I didn’t even know what a month’s mind was before I moved to Dublin. But I do now and I am vaguely bitter that Covid has taken away the opportunity for the family to go to a mass together for my father. I must confess that on my mother’s month’s mind on July 15, 2019 I think we did absolutely nothing but I resent the opportunity being taken away all the same. I can be perverse that way.

A friend sent me a sympathy card from M&S and another a pre-printed mass card with her name and my father’s typed in. This is where we are at apparently. I didn’t even know you could do this. I’d say you are fascinated by the improvements in mass card technology.

To the horror of my family, I have given all my data to Apple including my face so that my phone can snap open on demand. This is less satisfactory for paying by phone than you might think as my phone cannot recognise me with my mask on and demands a code when I’m in a shop.

My new fancy phone is enormous. About the size of my head. Apple predictive text remains spectacularly poor.

A very busy day at work. We had a slight pause in working to have a farewell tea over zoom for a retiring colleague. Lads, 44 years of dedicated service and a tea over zoom as his farewell; it was just awful. I nearly cried.

Sadly, no half day as crisis continued at work. On the plus side, we got take-away from Etto for dinner. It was so excellent, if you live in Dublin, I can heartily recommend it. We have previously tried 777 and Dax but they are not at all as good. I collected it on my bike and felt like a hero when I got it home undamaged (including the soup!).

It lashed rain. Herself and myself walked to Tesco to get jam for my jam tarts. Very damp. My jam tarts were a triumph though. I got the recipe from the Lismore food company mailing list (which I am on because I bought a hamper from them which I recommend also – no payment etc. more’s the pity) and will share on request. 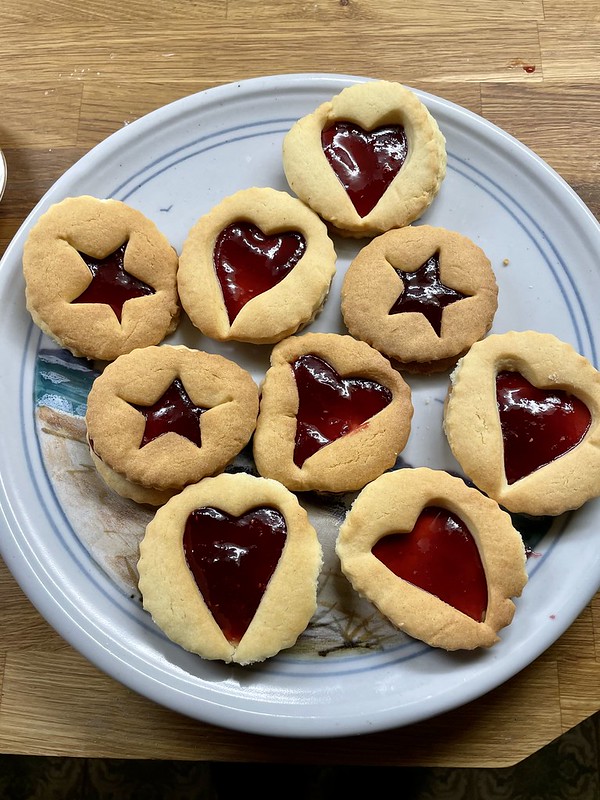 For cinema night, we were all a bit scarred after “Fight Club” last week. It was Michael’s turn to pick and we warned him that we wanted something lighthearted. We were not delighted to see the words “Tower Heist” appear on screen but the film was actually really enjoyable family viewing. It came out in 2011 and I have zero recollection of ever even hearing of it even though it has, as they say, an all-star cast. Matthew Broderick was in it and when the children saw him, they all immediately said, in tones of surprise and delight, “It’s Ferris Bueller”. He’s clearly largely unchanged since the 80s.

More lashing rain. Alas, alack. I had my book club online and someone polled on when we would be able to have physical book club again and I said, “May!” but everyone else said September or October. God, I hope I’m right.